The Australian government’s investment roadmap for low-emissions technologies promises more taxpayers’ money to the gas industry but fails to deliver the policy needed for people to support a transition to renewable energy.

It ignores what academic experts, the CSIRO, the Australian Energy Market Operator, the Australian Industry Group and several premiers and energy ministers are all saying: renewable sources of energy are already cheaper than gas or coal generation, and wind and solar could provide up to 75% of Australia’s electricity by 2025. The technologies could also drive employment in a post-COVID renewables-led recovery, enabling Australia to “rebuild stronger and cleaner”.

But policymakers need to make sure the communities bearing the costs of the energy transition also share in its benefits.

Our research on the social impacts of renewable energy shows a strong emphasis on sharing the benefits with the community and encouraging participation is essential for successful energy transitions. 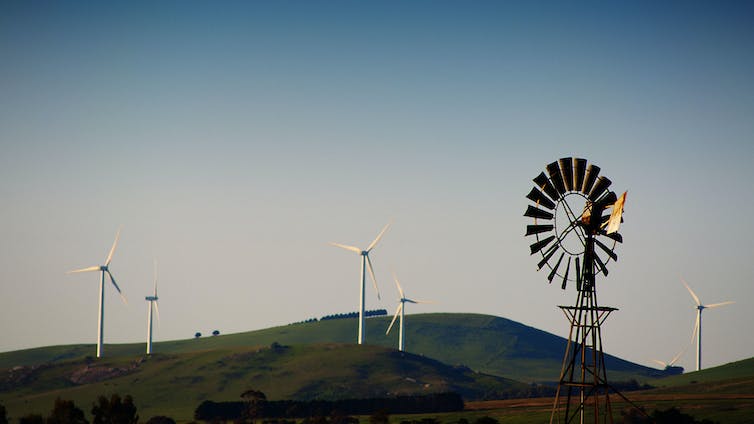 The bulk of well-paid, plentiful jobs in renewables come during manufacture and construction, but who benefits from those jobs can be an issue.

Mortlake, in south-west Victoria, is home to two wind farms that won tenders under the state’s Renewable Energy Auction Scheme.

The scheme is successful in making local content commitments, with regional supply chains and training in Geelong, Ballarat and Portland. Local content in this context refers to the Victorian Major Projects Skills Guarantee and the Local Jobs First policy. These government schemes are principally designed to encourage employment in Victoria.

While some construction workers have come from nearby areas, employment is mainly local to the state, not to people living in Mortlake. One of the locals described the experience to us as a “circus coming to town” – not jobs.

Commitments to Australian employment are a step in the right direction, but the term “local” should be used with caution.

The suppliers and tradespeople in a community earmarked for any renewable energy project may lack the specialist training and hence are less likely to get hired. Industry tendering processes still tend to favour large national or international contractors with established supply chains.

The wind industry in Mortlake has become a better listener to community concerns, partly due to lessons learnt from previous local opposition to proposed wind farms. The emphasis now is on local benefits and engagement.

For example, one of the wind farm developers agreed to put the transmission line underground following council lobbying.

Renewable energy projects are often in direct competition with gas for the hearts and minds of communities.

Yet one study found there are many more potential jobs in renewables than in gas in north-west New South Wales. 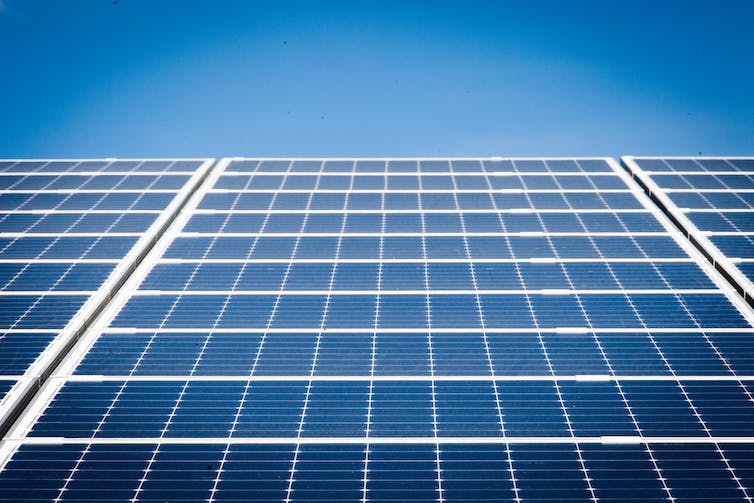 Solar farms promise jobs, but who gets them? Flickr/Pieter Morlion, CC BY-NC-ND

Narrabri is close to the NSW government’s New England Renewable Energy Zone. According to the AltEnergy database, there have been proposals dating from 2018 for at least six solar farms in the region (three each in Narrabri and Gunnedah).

Together these would produce about 600 megawatts of electricity. Most of the projects have undertaken community consultation and secured planning approvals. Only Gunnedah South, which has secured a power supply contract with Amazon, appears to be imminent, with 150 locally sourced jobs in the construction phase.

Locals we interviewed in Narrabri and Gunnedah in 2018 were sceptical that renewables could deliver lasting jobs. Clearly, there still needs to be evidence on the ground that the renewables industry can create local employment, whether directly or via related ventures and supply chains.

While few people knew of the numerous solar projects or could name the companies involved, everybody we spoke to knew of Santos and its proposal to drill the region for gas.

Santos says it will create “up to” 200 ongoing jobs from its operations. But this is contested and there are concerns about impacts of gas drilling on water and on agriculture.

Opposition to the gas project has been strong. In 2018 the CSIRO found no more than 43% of locals would “be OK with” the proposed gas operation.

Yet Santos has created a sophisticated operation to press its case. The gas giant has its own store in town and donates money to local organisations. As we found, its name is everywhere: on rugby jerseys, at the golf course, in the local newspaper.

Locals miss out on the benefits

The real problem with getting acceptance of renewables lies in ownership and participation. If local communities miss out on economic benefits from corporate-owned renewables, their willingness to accept infrastructure, such as an ever-greater density of wind farms, declines.

The clear lesson is that social legitimacy comes from local benefits. If people see little local benefit and have weak relationships with the energy companies, they are likely to focus on negatives such as disruption to views, ecology and land use.

Improving the quality and stability of jobs would be a good start. Supporting local ownership, making regulation more renewables-friendly and diversifying and democratising energy production would help build a lasting social base for the energy transition we have to have.