But nestled in the heart of Melbourne’s city laneways was another birthplace of Australian modernism. At 166 Little Collins Street, near the “Paris End” of Collins Street, was the Leonardo Art Shop – a bookshop that during the 1930s and 40s inspired a generation of young artists to create a homegrown avant-garde.

The bookshop was the creation of Gino Nibbi, born in Fermo, Italy, in 1896. Nibbi trained as an accountant, but his passion was modern art. He migrated to Melbourne with his wife in 1928 and established Leonardo Art Shop several months later.

First in Post Office Place, then on Little Collins Street behind King’s Theatre, Nibbi stocked the shelves with imported foreign-language books and colour prints of contemporary European paintings, exposing his customers to images and ideas never before seen in Australia. For the next two decades, Leonardo Art Shop – also known as Nibbi’s – was a “direct link to Europe” for artists and intellectuals ravenous for avant-garde culture.

Melbourne then was a far cry from today’s sophisticated and cosmopolitan metropolis. The interwar decades were the heyday of the White Australia policy, and the non-Indigenous population was calculated as 98% “British”. With little diversity and few outside influences, Melbourne was a staid and conservative city, suspicious of new ideas that might challenge the status quo. “The dictatorship of the smug” was how cultural critic P. R. Stephensen summed up the local culture in 1936.

In the art world, this conservatism manifested as a fierce antagonism towards the modernist aesthetics revolutionising art in Europe. Picasso, Matisse, Cezanne, Gauguin – artists we now revere as visionaries – were dismissed by Australian critics as degenerates whose abstracted and expressionist forms threatened the principles of academic painting. 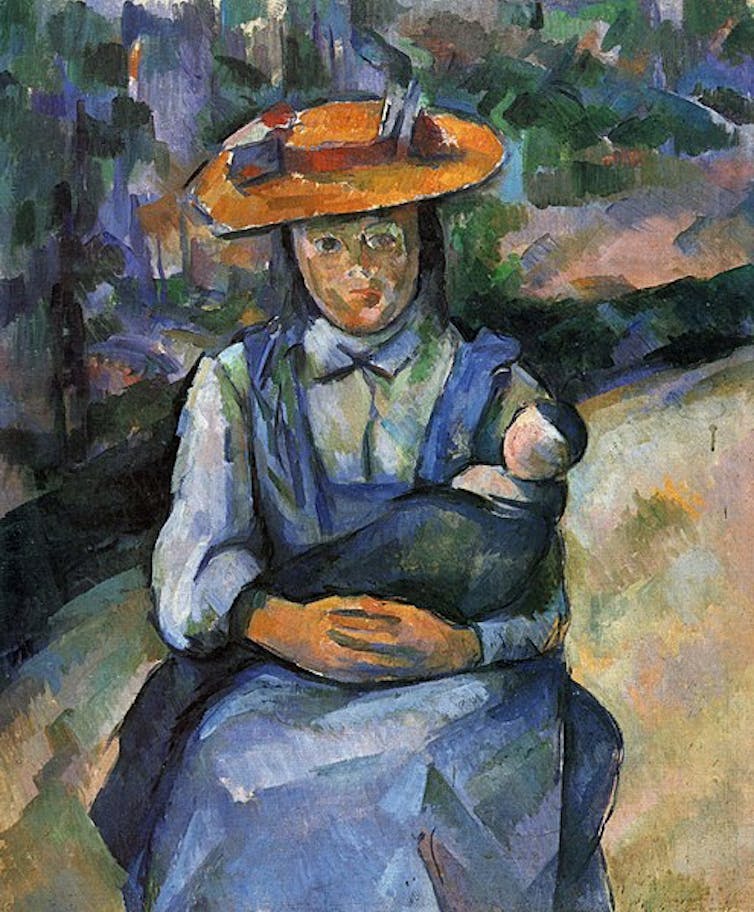 While celebrated internationally, artists like Paul Cézanne (1839-1906) were dismissed by the Australian artistic establishment. Wikimedia Commons

Under the directorship of arch-conservative J. S. MacDonald, the National Gallery of Victoria refused to acquire post-Impressionist art (this position was slowly reversed when MacDonald was replaced in 1941). Throughout the 1930s, art world gatekeepers like MacDonald and critic Lionel Lindsay spurned modernism as an “imported and perverted art” hailing from “the dead hand of European decadence”.

Although local painters Arnold Shore and William “Jock” Frater had begun to experiment with modernism, the nationalist pastoral landscapes of Arthur Streeton and Hans Heysen remained the gold standard of Australian art. When Mary Cecil Allen returned home to Melbourne from New York in 1936, she was excoriated by local critics for exhibiting “distorted” and “bizarre” abstracts that exemplified “the superficial nature of modern painting”.

Melburnians were cut off from the latest artistic and cultural trends. Although mass media circulated modern ideas and aesthetics via design, advertising, cinema and magazines like The Home, the “high culture” fine art world remained wedded to 19th century ideals.

This is where Nibbi’s played a crucial role. Prior to the explosive 1939 Herald exhibition of contemporary European painting, Nibbi’s was the only place in Melbourne where it was possible to view high quality colour reproductions of post-Impressionist art.

Local artists flocked to Little Collins Street to feast on the latest Cezanne, Gauguin or Van Gogh prints newly arrived from Europe, marvelling at the bold colours and abstracted forms. Although the original artists were long dead, their work was little known in Australia. In 1930s Melbourne, avant-garde art from the late 1800s was still breaking news. 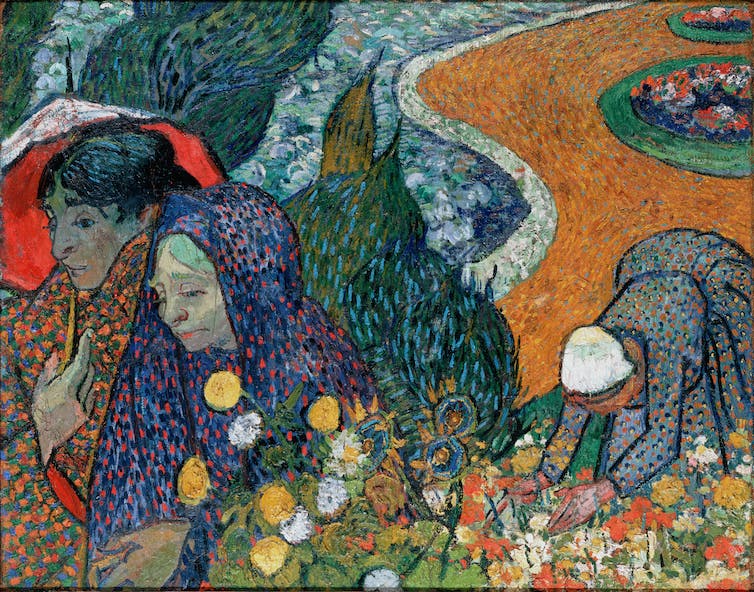 Although van Gogh died in 1890, in the 1930s his use of colour and abstract shapes was still shocking and new to Melbourne. Wikimedia Commons

Future giants of Australian modernism – including Arthur Boyd, John Perceval, Russell Drysdale and Donald Friend – had their minds and eyes opened at Leonardo Art Shop. As the artist Len Crawford recalled, Nibbi’s had a “powerful effect” on local artists, introducing them to things “you’d never dreamed of”. Crawford regularly stopped by to pour over the displays. When funds allowed, he’d splash out on a six-penny postcard to take home.

The shop boasted an unparalleled range of books and magazines in German, French, Italian, Spanish, Russian, Norwegian and Dutch, as well as English works by risque writers such as Casanova and Norman Lindsay. A great supporter of the local literary scene, Nibbi stocked small poetry chapbooks, magazines and plays by Melbourne writers. For writer and broadcaster Alister Kershaw, Nibbi’s was simply “the most enchanting bookshop in the world”. 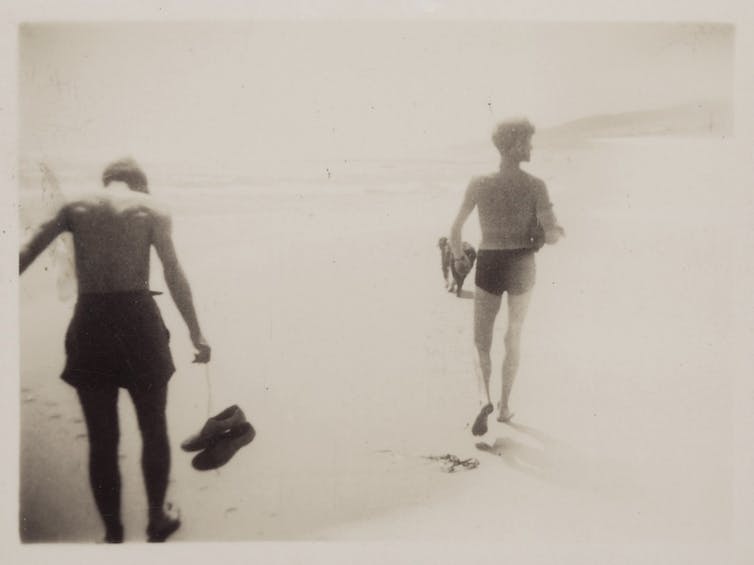 Nibbi’s was a gathering place and intellectual salon, where modernists-in-the-making could meet like-minded souls. Stimulated by the images on display, patrons would linger for hours, chewing over the latest trends in contemporary culture. Heide’s John Reed and poet and artist Adrian Lawlor were both regulars, haunting Nibbi’s to talk art, ideas and politics.

After working up an appetite, the Nibbi’s crowd would head to a Chinese cafe at 201 Lonsdale Street known as Dooey Din’s, the best place in town to catch up on art-world gossip. Also in the neighbourhood was Albert Tucker’s Little Collins Street studio and Cynthia Reed’s interior design shop. At 367 Little Collins, Cynthia Reed’s was notorious in the mid-1930s for exhibiting controversial modernists like Sam Atyeo. Just a few doors down was another independent bookshop, run by Margareta Webber, whose “delightful store” at 343 Little Collins sold imported literary fiction to a similar clientele as Nibbi’s. 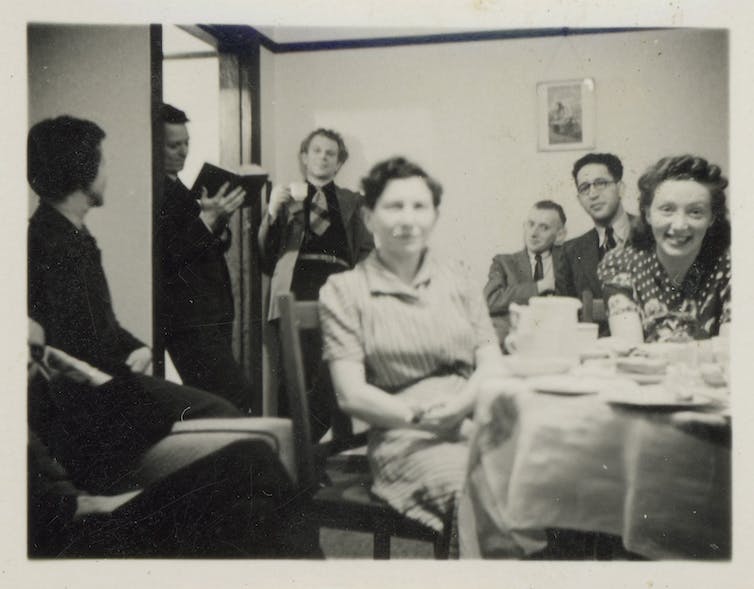 Nibbi himself was a beloved figure, a polymath who knew everyone and – as artist Len Crowford put it – “had his fingers in everything”.

Nibbi mentored emerging painters, writers and musicians, providing an informal education in modern culture and giving feedback on their work. One of his greatest discoveries was the painter Ian Fairweather, who went on to have his first exhibition at Cynthia Reed’s in 1934. In Crawford’s words, Nibbi was a “most valuable man”, who “did more for general education in Melbourne than anyone I knew of”.

Alongside his wife Elvira, who taught Italian at the Melbourne Conservatorium and the Berlitz School of Languages, Nibbi was a leader in Melbourne’s Italian community. The couple even developed an Italian course for ABC radio, which broadcast on Saturday evenings. Nibbi promoted the Italian language through his Italian-English Reader, self-published in 1936.

Nibbi was an active critic who regularly went into battle for modern art in the press. As he wrote in the Melbourne Herald in 1931, modernism was not a “capricious vogue” but rather an “expression of the spirit of the time”.

He faced considerable resistance in the trenches of Australia’s culture wars. In 1930, he was fined £20 for importing an unnamed “obscene book”, while his art criticism attracted a barrage of reactionary ire.

Most notoriously, in 1937 Nibbi was thrown into the national spotlight when Australian customs seized 50 prints of Modigliani’s Lying Nude (1917) imported for sale at Leonardo Art Shop. Although Modigliani nudes hung in the world’s leading galleries, customs officials deemed the image pornographic and earmarked the prints for destruction. Officials feared the nude would “appeal to other than art collectors”. 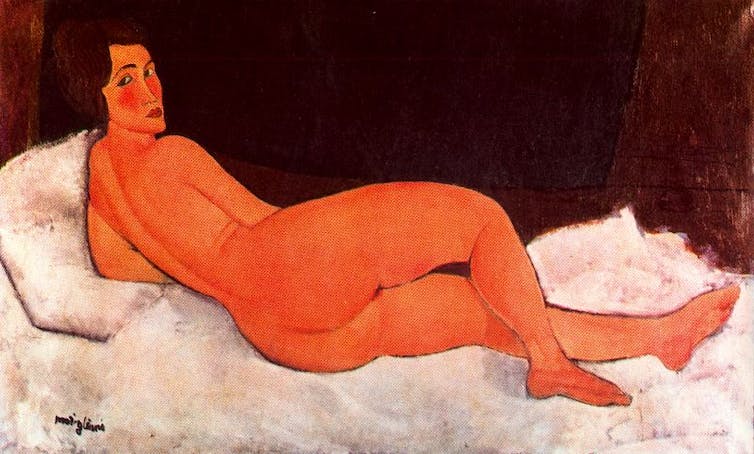 This incident outraged artists and reignited a larger debate about censorship in Australian culture. The notoriously combative Adrian Lawlor leapt to Nibbi’s defence, condemning the “bumble-foots” with “ridiculous powers of censorship” working in the customs department. In his view, Modigliani’s nude was a great work of art, “entirely innocent of the least breath of pruriency”.

The Victorian Artists’ Society also protested the decision. In a letter to the customs minister, the society insisted Lying Nude contained “no hint of obscenity”, and was instead the work of a “consummate artist”.

Nibbi himself appealed the seizure of his prints, which he had obtained at great effort and expense during a visit to Italy. In November, the matter was referred to the Book Censorship Board, established in 1933 to advise the customs minister on the censorship of imported books. Under Section 52(a) of the Customs Act, anything judged blasphemous, indecent or obscene would be banned.

The archive is silent as to the board’s final decision regarding the Modigliani prints, but records in the National Archives of Australia suggest it was unmoved by artists’ protests. Although board member Sir Robert Garran admitted the original Modigliani painting was not obscene, he advised Customs that a “crude reproduction” sold at “picture-postcard price” would attract buyers more interested in titillation than “artistic merit”.

Nibbi was not cowed by the controversy. The following year, 1938, he helped establish the Contemporary Art Society alongside Lawlor and George Bell. It was a bold organisation that hosted exhibitions and public lectures about modern art. Over the next decade, the CAS battled against the Australian Academy of Art, a Canberra-based conservative stronghold established in 1937 that was much resented for - in Bell’s words - its “sanctification of banality” and “strict preservation of mediocrity”. 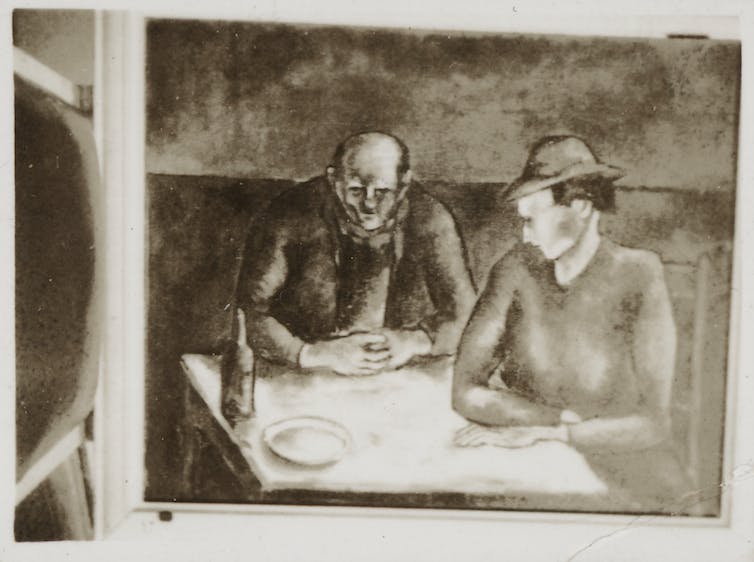 The end of an era

In 1947, the lease on Leonardo Art Shop was not renewed. Melburnians mourned the demise of a local institution that had “fostered a cosmopolitan atmosphere” and “didn’t bother with meretricious sidelines”. Unable to secure alternative premises, Nibbi returned to Italy, where he lived until his death in 1969.

He maintained links with Australia, a country he had come to love. In Rome, he opened a bookshop and art gallery called Ai Quattro Venti (To the Four Winds) that became popular with Australians visiting Europe. In 1952, Nibbi hosted a Sidney Nolan and Albert Tucker exhibition, introducing Australian modernism to Italian audiences. 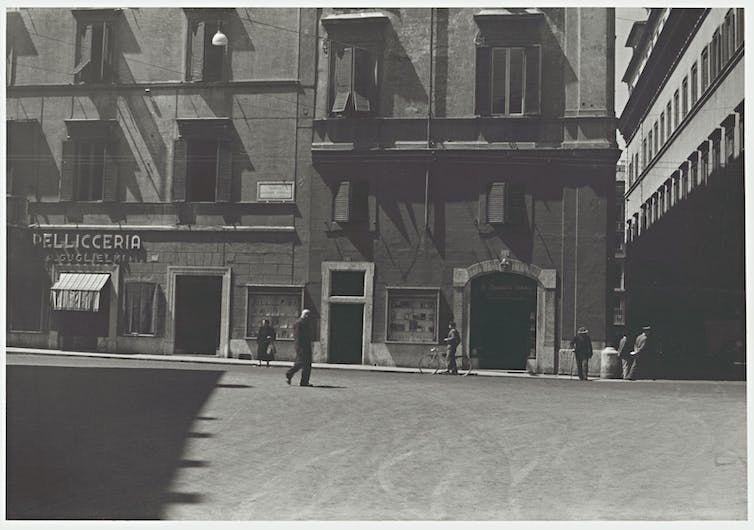 In 2020, as our independent booksellers are threatened by coronavirus, it is timely to reflect on their importance to Australia’s cultural life.

In the internet age we’re no longer reliant on bookshops to bring news from overseas, but they remain vital incubators of fresh ideas and creative community.

Leonardo Art Shop seeded a homegrown modernism. Who knows what innovations our contemporary booksellers are bringing into life? We’ll only find out if we give them sufficient custom to survive the pandemic.

Why do protests turn violent? It's not just because people are desperate