Have people ever seen a colossal squid? – Aubree

The colossal squid (Mesonychoteuthis hamiltoni) is the stuff of nightmares ripped straight out of the mind of a sleeping pirate. Picture the giant kraken wrapped around a ship and dragging it to the bottom of the sea!

People have seen colossal squid, but not very often. Colossal squid live in the Southern Ocean near Antarctica, and it was not until 1981 when the first whole animal was found. It was captured by a trawler near the coast of Antarctica. 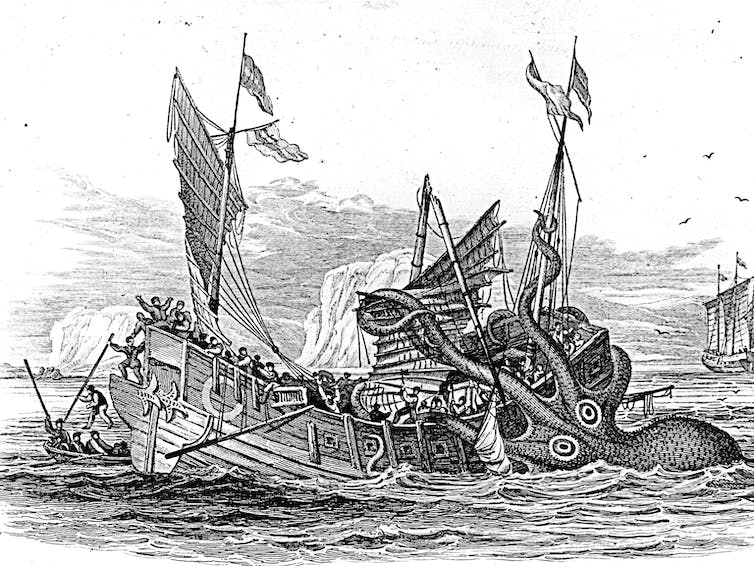 A drawing from 1810 of the kraken sinking a merchant ship. Wikimedia Commons

Since then a few more have been captured by fishermen. You can see one today in a New Zealand museum, but they do not preserve well.

Colossal squid are the heaviest squid on the planet (but they’re not actually big enough to sink a pirate ship). The ones that have been found whole weighed nearly 500 kilograms – that’s almost the same as a grand piano.

Read more: Curious Kids: why is the sea salty?

But judging by the size of the squid beaks that have been found in the stomach of sperm whales, they can get a lot bigger. It is estimated they can weigh up to 700kg! 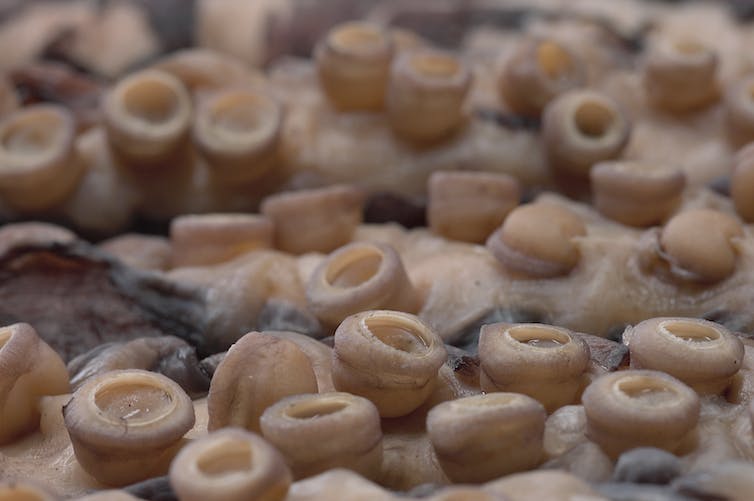 Colossal squid might be heavy, but they may not the longest squid in the world. They likely grow to around 10 metres long, which is still less than the giant squid, which can grow to more than 12 metres long. The giant squid has a smaller body and really long tentacles, so it doesn’t weigh as much.

They have huge eyes which can be 25 centimetres or more in diameter (as big as a soccer ball). That makes them the biggest animal eyes on the planet. Their eyes have built in headlights that help them see in the dark. 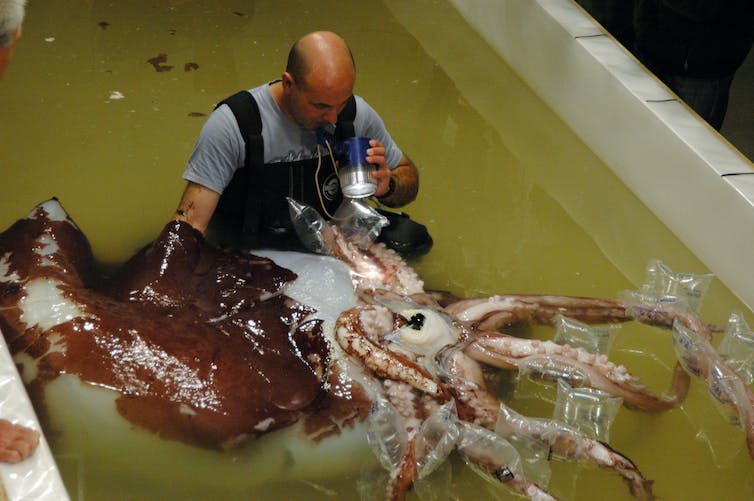 They are set slightly forward-facing so the colossal squid has “binocular vision”. This means it can judge distances when capturing prey. Their tentacles are armed with rotating hooks that allow them to grasp their prey.

Colossal squid are thought to feed mostly on fish and other squid in the deep parts of the Southern Ocean (more than 1,000 metres deep). At that depth, there is no sunlight and they might use light that can shine from their body (bioluminescence) to lure their prey.

Like all squid, they have a hard beak like a bird, which they use to munch their food. The beak is the only hard part of the squid’s body.

Would such a big animal actually be afraid of anything? Sperm whales are their major predator. It has been estimated that more than 75% of the diet of sperm whales is made up of colossal squid. That is a LOT of calamari!

Many sperm whales have scars on their bodies, caused by epic battles with colossal squid.