First and foremost, this requires global greenhouse gas emissions to be slashed. But the right combination of technological and biological interventions, deployed with care at the right time and scale, are also critical to securing the reef’s future.

Read more: We just spent two weeks surveying the Great Barrier Reef. What we saw was an utter tragedy

This could include methods designed to shade and cool the reef, techniques to help corals adapt to warmer temperatures, ways to help damaged reefs recover, and smart systems that target interventions to the most strategically beneficial locations. 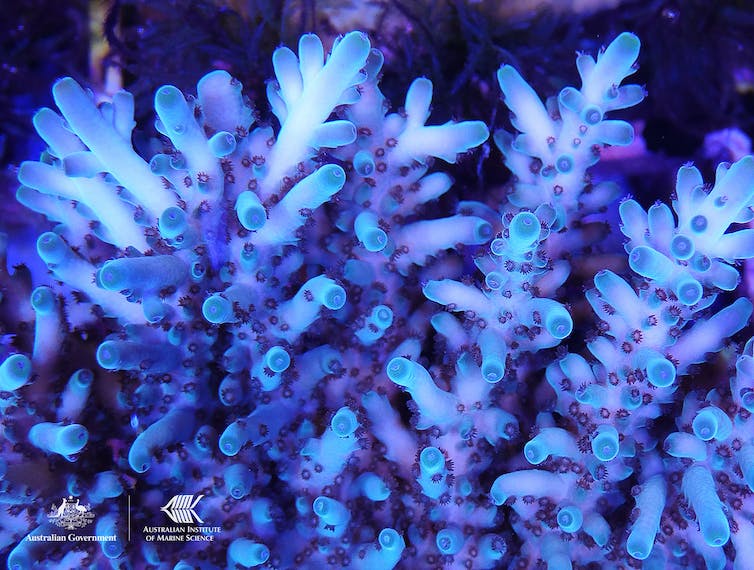 Implementing such measures across the breadth of the reef – the world’s biggest reef ecosystem – will not be easy, or cheap. In fact, we believe the scale of the task is greater than the Apollo 11 Moon landing mission in 1969 – but not impossible.

That mission was a success, not because a few elements worked to plan, but because of the integration, coordination and alignment of every element of the mission’s goal: be the first to land and walk on the Moon, and then fly home safely.

Half a century later, facing the ongoing decline of the Great Barrier Reef, we can draw important lessons from that historic human achievement.

Intervening to save the reef

The recently released Reef Restoration and Adaptation Program concept feasibility study shows Australia could feasibly, and with reasonable probability of success, intervene to help the reef adapt to and recover from the effects of climate change. 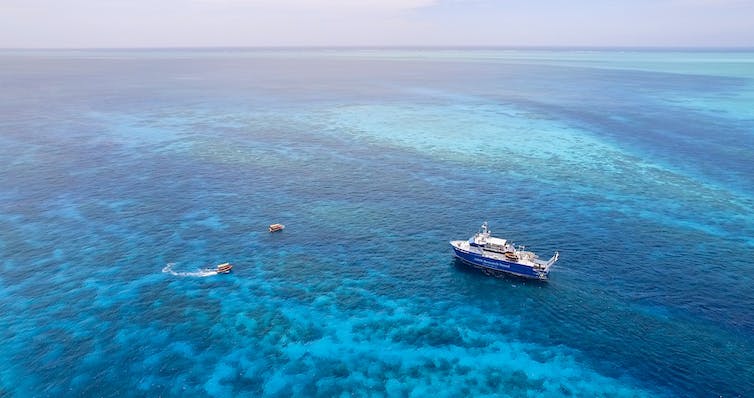 It shows how new and existing interventions, supported by the best available research and development, could help secure a future for the reef.

We must emphasise that interventions to help the reef adapt to and recover from climate change will not, alone, save it. Success also depends on reducing global greenhouse emissions as quickly as possible. But the hands-on measures we’re proposing could help buy time for the reef.

Our study identified 160 possible interventions that could help revive the reef, and build on its natural resilience. We’ve whittled it down to the 43 most effective and realistic.

Possible interventions for further research and development include brightening clouds with salt crystals to shade and cool corals; ways to increase the abundance of naturally heat-tolerant corals in local populations, such as through aquarium-based selective breeding and release; and methods to promote faster recovery on damaged reefs, such as deploying structures designed to stabilise reef rubble.

But there will be no single silver bullet solution. The feasibility study showed that methods working in combination, along with water quality improvement and crown-of-thorns starfish control, will provide the best results. 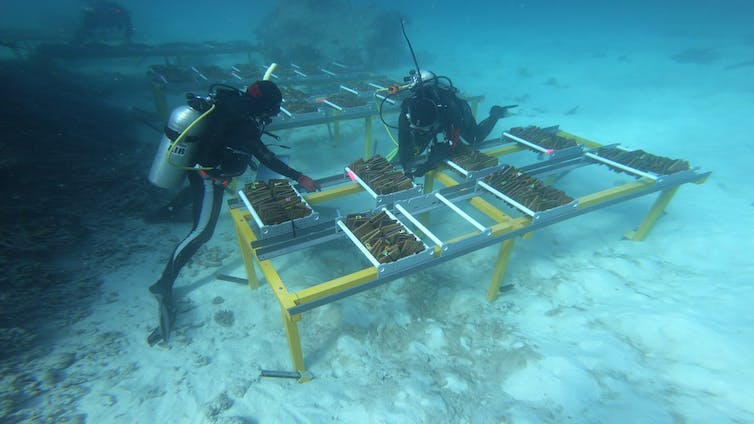 Harder than landing on the Moon

There are four reasons why saving the Great Barrier Reef in coming decades could be more challenging than the 1969 Moon mission.

First, warming events have already driven the reef into decline with back-to-back bleaching events in 2016 and 2017, and now again in 2020. The next major event is now only just around the corner.

Second, current emission reduction pledges would see the world warm by 2.3-3.5℃ relative to pre-industrial levels. This climate scenario, which is not the worst case, would be beyond the range that allows today’s coral reef ecosystems to function.

Without swift action, the prospect for the world’s coral reefs is bleak, with most expected to become seriously degraded before mid-century. 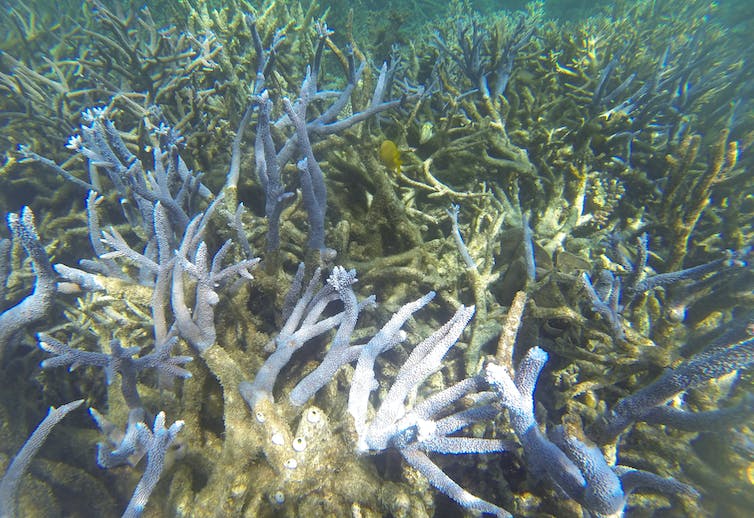 The Great Barrier Reef has been hit by consecutive bleaching events – restoring it may be harder than landing on the moon. Shutterstock

Third, we still have work to do to control local pressures, including water quality and marine pests crown-of-thorns starfish.

And fourth, the inherent complexity of natural systems, particularly ones as diverse as coral reefs, provides an additional challenge not faced by NASA engineers 50 years ago.

So keeping the Great Barrier Reef, let alone the rest of the world’s reefs, safe from climate change will dwarf the challenge of any space mission. But there is hope.

We must start now

The federal government recently re-announced A$100 million from the Reef Trust Partnership towards a major research and development effort for this program. This will be augmented by contributions of A$50m from research institutions, and additional funding from international philanthropists.

Our study shows that under a wide range of future emission scenarios, the program is very likely to be worth the effort, more so if the world meets the Paris target and rapidly cuts greenhouse gas emissions.

Read more: I studied what happens to reef fish after coral bleaching. What I saw still makes me nauseous

What’s more, economic analyses included in the feasibility study show successful Great Barrier Reef intervention at scale could create benefits to Australia of between A$11 billion and A$773 billion over a 60-year period, with much of it flowing to regional economies and Traditional Owner communities.

And perhaps more importantly, if Australia is successful in this effort, we can lead the world in a global effort to save these natural wonders bequeathed to us across the ages. We must start the journey now. If we wait, it may be too late.

The authors gratefully acknowledge the contribution of David Wachenfeld, Chief Scientist of the Great Barrier Reef Marine Park Authority and member of the the steering committee for the development of this program.