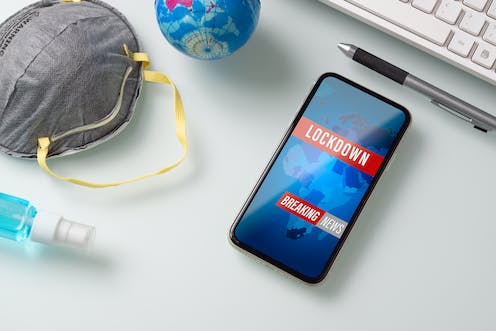 On a recent episode of ABC’s Q&A, Commonwealth Deputy Chief Medical Officer Paul Kelly tried to add some valuable context to the national outbreak of coronavirus. Australia’s testing is higher, he said, and the rates of infection lower than almost all other countries. In his words: we are not Italy. As he spoke, a tweet appeared on the screen saying the viewer felt calmer hearing information from experts.

Presenter Hamish Macdonald could not wait for Kelly to finish speaking before interrupting to ask him about earlier predictions that up to 60% of the population would contract COVID-19. He could have asked: why are our numbers so much lower? What is Australia doing better than other countries? Will our rates remain relatively low?

But, instinctively, Macdonald went for the more alarming question.

I hesitate to criticise Q&A because it has generally been outstanding in its coverage of the coronavirus, eschewing outrage and opinion for expertise. It is performing a valuable service. But it is not immune to journalism’s more troubling instincts.

Macdonald, an accomplished and informed journalist, was doing precisely what he has been trained to do. That is the problem.

Read more: During the Great Depression, many newspapers betrayed their readers. Some are doing it again now

American political scientist W. Lance Bennett, in his study News: The Politics of Illusion, identified the “crisis cycle” of news coverage that employs drama as “a cheap, emotional device to focus on human conflict and travail”.

The media … has settled on a formula that is profitable, cheap, and easy to produce, but just not terribly helpful to the citizens who consume this news.

He quotes fellow scholars David Paletz and Robert Entman, who in their book Media Power Politics describe how journalists “graft” on drama; they “highlight or concoct conflict”.

This too often is the business model of journalism. I have spent two decades in 24/7 news, and it has changed the way we consume information. At its best, it connects the world, gives voice to the powerless and holds tyranny to account. At worst, it is confected drama, endless talking heads who feed on controversy and conflict.

As coverage of the coronavirus shows, each hour must be more alarming than the last. The language of fear is its stock in trade: catastrophe, nightmare, disaster, lockdown.

On one recent prime-time news bulletin, the deep cleaning of an infected nursing home was described as “like something out of a disaster movie”. Dreadful cliché aside, right now is real life not frightening enough?

Such hyperbole lacks context and nuance. The second world war was “catastrophic”; the 2005 Asian tsunami was a “nightmare”; we can look back on the 1918 Spanish flu pandemic as a “disaster”. Thankfully, the efforts of governments, health officials and the sacrifice of a responsible public means we are not there yet, and hopefully never will be. Journalists should spare their adjectives in case they really need them.

Think too of the ubiquitous use of wartime analogies. We are told we are in a “war” against the virus; governments are on a war footing; prime ministers and presidents are now wartime leaders. Yes, this is a terrible time. Lives are being lost. But we are in a battle, not in a war.

Read more: Thanks to coronavirus, Scott Morrison will become a significant prime minister

In my 30-year journalism career I covered wars in several countries. Right now there are people homeless, their neighbourhoods bombed-out shells; there is no electricity, scant medical facilities, no schools, no work. Their governments do not pay them for wages lost. What they would give to be confined to their homes with running water, power, air conditioning, televisions, Netflix, internet. They count themselves lucky just to be alive.

News images, too, are used to provoke an emotional response. Stories about supermarkets invariably use footage of empty shelves. My local supermarket is well stocked and people behave with courtesy and calm. We are assured Australia has more than enough food, but images of empty shelves heighten the sense of siege.

As this crisis has been a stress test of our politics, economy, health systems and society, so too is it a stress test of our media. Healthy journalism is vital for a healthy democracy. A free and open media in China could have stopped the Chinese Communist Party from covering up the initial outbreak of coronavirus in Wuhan last year. This worldwide pandemic might have been averted.

There is much excellent work being done in newsrooms stretched to capacity. But journalism culture carries its own virus: anxiety.

Now more then ever, the media should inform, not inflame. Less crisis and more context. Resist the worst instincts. The public needs no reminding this is serious.

People are afraid and not just of the virus: businesses will be lost, relationships broken, and mental health will suffer. Psychologists already warn of the potential for increased suicide. We don’t need media-generated anxiety.

As the tweet on Q&A read, we are calmer when we hear from experts. We need the news: we need it rigorous and unembellished. We do not need the illusion of news.