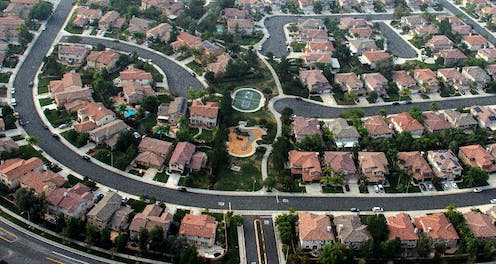 The coronavirus and its attendant emergency measures are set to deliver a profound shock to the residential tenancy market.

How it will work out is anybody’s guess, but it is looking like a crisis.

Banks and governments have acted quickly.

The major banks are deferring mortgage payments for up to six months for customers whose income is hit by the coronavirus.

NSW and Tasmania have introduced bills that will make it difficult for landlords to evict tenants or terminate leases during the crisis.

The rushed laws are designed to prevent a raft of evictions and a spike in homelessness, but they raise almost as many questions as they answer.

Rent postponed rather than forgiven

Both laws put power in the hands of the minister, giving that person the power to make regulations during the coronavirus pandemic. Tasmania’s more closely prescribes what the minister can do.

And both are temporary. The NSW act has effect for six months and the Tasmanian bill for 120 days, although it can be extended by 90 days.

Neither law excuses tenants from their liability to pay rent. They merely prevent evictions during the emergency period.

Read more: Why housing evictions must be suspended to defend us against coronavirus

In effect they say that although tenants can stay, their landlords can later sue them for arrears.

While on paper, this suggests landlords will get their money, in practice they might not, and some will be tempted to issue notices of termination ahead of the minister taking action.

The minister’s regulations would most likely be prospective, meaning landlords would seem to be able to get away with it. But whether a tribunal would enforce the notices is another question.

The Tasmanian bill only permits landlords to apply for terminations where the landlord is in hardship. The NSW law has less detail, but would probably do the same.

Read more: Lessons from the Great Depression: how to prevent evictions in an economic crisis

In any event, most landlords who evicted would want to re-let, and that will prove difficult with inspections prohibited.

Sick tenants are unlikely to be evicted whatever the law. That is in nobody’s interests.

Cooperation in a crisis is desirable, but it is fraught in practice.

Representations made by landlords with the best of intentions can become binding under the equitable law of estoppel.

In an environment where fortunes change quickly, this might become problematic.

Contract law is replete with cases of agreements varied or entered into with the best of intentions that ultimately turn sour.

Read more: The case for a rent holiday for businesses on the coronavirus economic frontline

Given there are tough and uncertain times ahead, a better approach than rushed laws might be a pragmatic one of exhorting both landlords and tenants to take the legitimate interests of each other into account.

If laws are to be made, there ought to be extensive consultation.

Even in the coronavirus pandemic this is doable and a good idea.