The queues of unemployed people outside Centrelink offices in recent days are reminiscent of the dole queues seen across Australia during the Great Depression of the 1930s.

At that time, most states provided inadequate food vouchers rather than cash to people in the form of income support payments. This made it particularly difficult for renters, many of whom were unemployed due to the mass closure of factories, to continue to pay rent.

In NSW, lower-income areas of Sydney were particularly badly hit by unemployment, and because the working class was a renting class, this quickly translated into homelessness.

Read more: As coronavirus hits holiday lettings, a shift to longer rentals could help many of us

For example, male unemployment reached 38.9% in the then-working class suburb of Newtown by 1933, well above the NSW average of 32% and three times the rate in the affluent suburb of Vaucluse.

Tent cities sprang up in Sydney’s Domain and on the outskirts of the city in suburbs like La Perouse, such as the ironically named tent city, Happy Valley. Although this is likely to underestimate the numbers of homeless at the time, the 1933 census reported

33,000 people [were] travelling in the hope of work and 400,000 [were] living in shelters made of ‘iron, calico, canvas, bark, hessian and other scavenged materials’. 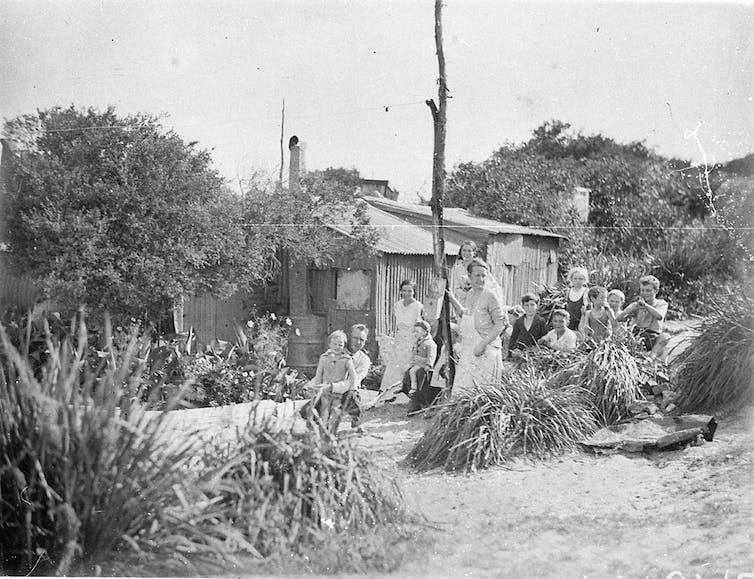 Residents in Happy Valley in the 1930s. State Library of New South Wales

COVID-19 and assistance for renters

There are distinct parallels between the severe economic downturn of the 1930s and the economic repercussions of the COVID-19 crisis in terms of mass business closures and worker layoffs.

The Australian government has estimated that one million Australians could become unemployed as a result of the coronavirus. However, it is not clear if this comprises only those who will be directly affected by business closures or includes people impacted by the flow-on effects.

Taking into account the current unemployment rate, an additional one million Australians would bring the rate to 13% of the Australian workforce, from my own estimates.

Although the increase in Centrelink payments announced by the Morrison government will help those workers suddenly without jobs, additional measures are needed to protect people who can’t pay their rents and are faced with possible eviction.

Read more: Why housing evictions must be suspended to defend us against coronavirus

The National Cabinet is working on a range of strategies to assist renters, including preventing landlords from evicting tenants directly impacted by the coronavirus and offering tax relief to landlords who reduce or waive rents.

But these need to be supplemented by strong legislative measures, such as the amendment passed by the NSW parliament this week that empowers the housing minister to ban evictions for renters for six months.

Emergency laws to protect renters are also currently being debated in Tasmania. 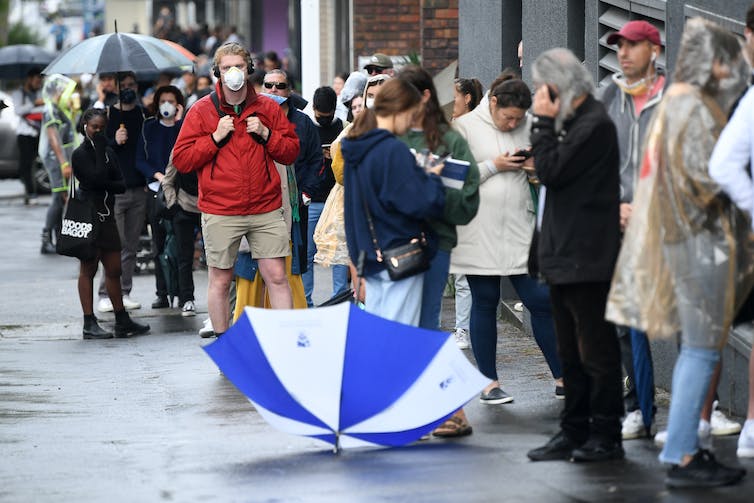 Staving off homelessness in the Great Depression

There is precedent for legislative reform of this kind from the Great Depression.

In response to the mass numbers of job losses in NSW, the government at the time, led by Premier Jack Lang, passed two pieces of legislation aimed at providing relief for renters. This legislation was very significant, as it was the first of its kind that afforded tenants across NSW any serious amount of protection.

One of the bills, passed as the Reduction of Rent Act 1931, reduced rents state-wide by 22.5% and made leases that did not acknowledge this reduction illegal.

Read more: Coronavirus puts casual workers at risk of homelessness unless they get more support

The other piece of significant tenancy reform was the Ejectments Postponement Bill 1931. This bill prohibited eviction from a dwelling house without an order of the court. If the court could be shown the rent could not be paid, the tenancy could be extended indefinitely.

In his second reading speech, William McKell, minister for justice in the Lang government, described the bill as “a bona fide effort to provide against hardship due to unemployment”.

As honourable members are aware, there is a large amount of unemployment, and there are many very deserving and reputable people who, unfortunately, are not able to pay their rent. It is a tragedy that people of that type, with their families, are being evicted from their homes, and the Government is desirous of preventing as far as possible evictions of that character.

Though the government was committed to helping renters, McKell clearly distinguishes between the deserving and undeserving unemployed in his speech, an unhelpful way of thinking that is still with us today.

Although it is not known how many evictions the reforms of 1931 prevented, the new laws were undoubtedly a boon for renters, given the news coverage of the time. Landlords and their representatives complained about the impact the laws had on their ability to evict tenants.

In fact, the Real Estate Institute noted the financial hardship the Ejectments Postponement Act was placing on landlords.

Hundreds of cases have been reported to the Real Estate Institute, where the owners of houses, dependent on rents for their livelihood, have been refused possession, and have also been refused relief under the dole system, on the grounds that they are property owners.

Unfortunately for renters, these reforms were relatively short-lived. The Lang government was sacked by the NSW governor in May 1932 and replaced in the next election by the more conservative United Australia Party and Country Party coalition government.

This change in government saw the passage of the Landlord and Tenant (Amendment) Act 1932, which repealed the Ejectments Postponement Act 1931. The rent reduction law was also made more favourable to landlords.

The interests of landlords were prioritised over those of unemployed renters, a salutary lesson to present governments not to let ideology and vested interests get in the way of needed reforms that will benefit a significant portion of the population during a crisis not of their making. 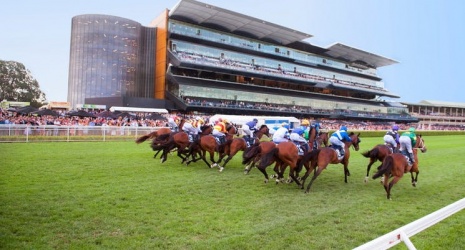