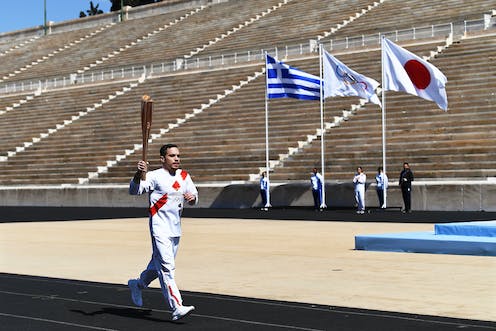 At the 125th IOC Session in Buenos Aires in 2013, Tokyo won the right to host the Summer Olympics in 2020. The city was to join Athens, London, Paris and Los Angeles in the small group that have hosted a summer Olympics more than once.

Tokyo will now have to wait for most likely a year to join this exclusive club, however,...

At the 125th IOC Session in Buenos Aires in 2013, Tokyo won the right to host the Summer Olympics in 2020. The city was to join Athens, London, Paris and Los Angeles in the small group that have hosted a summer Olympics more than once.

Tokyo will now have to wait for most likely a year to join this exclusive club, however, after finally giving in to international pressure and deciding to postpone the games due to the coronavirus pandemic.

The pressure had been building over the past few days, led by Canada and Australia, both of which said they would not send athletes to Tokyo this year.

Stakeholders in the US, including the governing bodies of gymnastics, track and field and swimming, also called for the games to be postponed. Their messages carried extra weight as the three events are key anchors of the Olympics and of special importance to broadcasters in the US.

The ever-tightening travel restrictions of the past week also made it evident that even if the games were to go ahead this year, they would do so in the absence of key members of the Olympic family. This could have included athletes from the five countries – Greece, Australia, Britain, France and Switzerland – that have participated in every modern Summer Olympics.

Read more: Why haven't the Olympics been cancelled from coronavirus? That's the A$20bn question

There were other complications, as well. Sporting events have been cancelled or postponed around the world, making qualifying for the Olympics difficult for nearly half of all athletes expected to take part.

It was also becoming impossible to continue anti-doping testing to any meaningful degree. 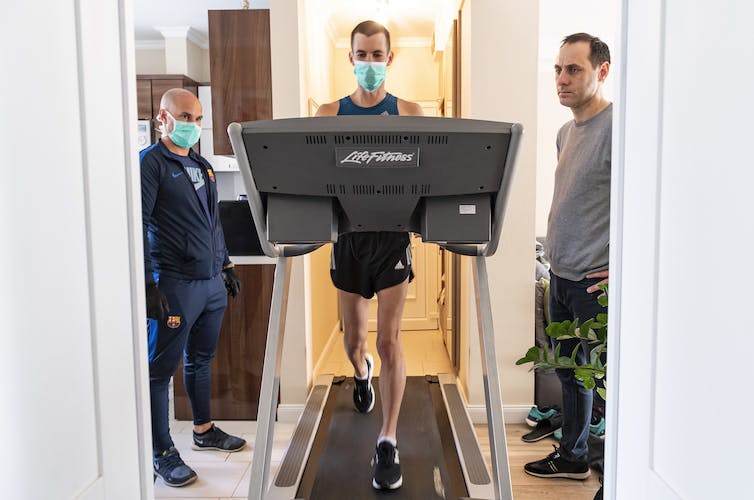 Only concerned about the bottom line

The IOC has been sharply criticised for its recalcitrance in not postponing the games sooner. Some have suggested its brand has suffered as a result.

There is no doubt that holding the Olympic flame ceremony in Greece and continuing with the torch relay was tactless at a time when fatality rates from the coronavirus were spiking in Europe and governments around the world were urging their citizens not to travel and stay away from public events.

The IOC’s decision to continue with these ceremonies and its dilatory and dithering response to the pandemic in general left it open to criticism that it cared only about the impact a postponement might have on its revenues.

It must be remembered that, although the IOC is an immensely rich and influential entity, it has in effect only one asset – the Olympic Games – to commercially exploit. And these come around only every two years.

But we can only speculate as to the role money played in the IOC’s reluctance to postpone the games.

To be fair to the IOC, it has said consistently that any decision on Tokyo 2020 would be guided by the health and welfare of the athletes and spectators, and based on the advice of recognised authorities such as the WHO.

The challenge of cancelling or moving the games

The logistics of reorganising an Olympics involving 11,000 athletes and thousands of support personnel and spectators will certainly be a significant undertaking. But this stands in stark contrast to the exponentially bleak figures of the toll of the virus – 12,000 confirmed cases of coronavirus on February 1, 87,000 on March 1 and now over 335,000 worldwide.

While Olympics have been postponed, cancelled and moved in the past, this has been mainly due to the outbreak of war. (Tokyo was, for example, supposed to host the 1940 Games before they were cancelled due to the second world war.)

Indeed, the current host city contract specifically states in clause 66 that if the host country is in a state of war or civil disobedience, the IOC can at its sole discretion terminate the contract.

Natural disasters have affected the games in the past. The 1908 Olympics, originally to be held in Rome, had to be moved to London when Mount Vesuvius erupted and the Italian government was forced to divert money to projects such as the rebuilding of Naples and not the construction of Olympic venues. 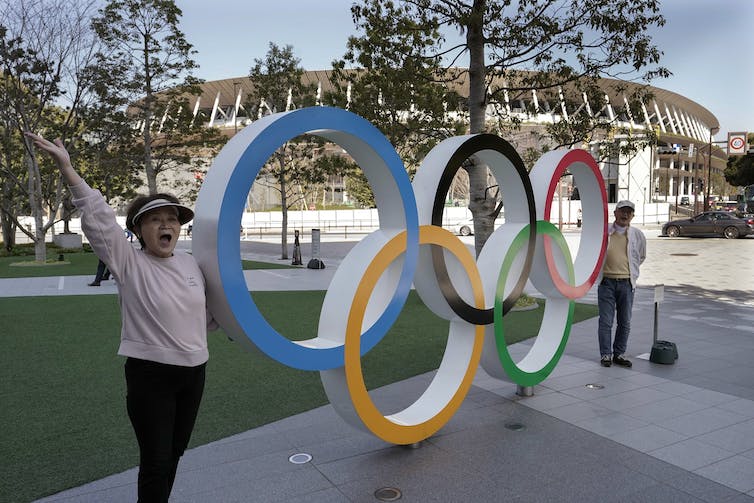 In a recent poll, 70% of Japanese people said the games couldn’t go ahead as planned. KIMIMASA MAYAMA/EPA

It is unlikely the IOC will seek to move this year’s Tokyo Games to another city. Logistically, it would be very difficult for any country to host the games on such short notice, especially given the massive investment in physical infrastructure required at a time when the world is pumping billions into stimulus packages for their economies.

It is also not in Japan’s interest to see the games moved. Under the host city contract, the failure to host the games is one of the specific contingencies that allows the IOC to unilaterally terminate the contract without affecting its rights to claim compensation against the Tokyo organising committee.

In addition, in cases when the IOC does unilaterally terminate the contract, the organising committee agrees to waive its right to receive any form of compensation from the IOC.

Further, the organisers (effectively, Japanese taxpayers) also agree to “indemnify and hold harmless” the IOC from any third party claims in respect of the IOC’s withdrawal from the games, such as those from broadcasters.

Then there’s the small fact that Japan has already invested A$20billion in the games.

Read more: Coronavirus: For the sake of athletes, it's too soon to cancel the Tokyo 2020 Olympics

Moving the games to later in 2020 is likely not an option given the accelerating nature, for now, of the coronavirus. Hosting the games in September or October would also wreak havoc with the scheduling of both athletes and broadcasters (although the 1964 Tokyo Olympics were held in mid-October).

As we saw from the Rugby World Cup held in Japan last year, moving into autumn also coincides with the typhoon season. And the Olympics would have to contend with the football seasons in Europe and the US at that time of year.

This leaves organisers with one decent option – delaying for a full year until the summer of 2021.

Why legal claims are unlikely

Apart from the logistical challenges of postponing the games, there are significant commercial considerations related to ticketing, broadcasting and sponsors. In simple terms, those holding tickets, those with the rights to broadcast the Olympics and those with exclusive “official” sponsorships may now attempt to seek their money back in full or in part.

The Tokyo organisers and the IOC might argue that so-called force majeure clauses apply and that the contractual commitments given to sponsors and broadcasters have been disrupted by an unforeseen, natural cause.

There are already reports the Tokyo 2020 ticketing policy says organisers would not be held responsible if the Olympics are cancelled due to a number of “force majeure” incidents, including natural disasters, war and “states of emergency connected to public health.”

While sports lawyers try to interpret these contractual clauses over the next few weeks, we all need to remember the wider context here.

If any broadcaster or sponsor tries to engage in legal action at a time when the world is facing its most serious public health emergency in a century, this may not sit well with their viewers or customers. The commercial losses sustained by large corporate sponsors for an event that can be rescheduled will engender little public sympathy at the moment.

If the Olympics do go ahead in 2021, it can then be a global celebration of the talent, hard work and resilience of the world’s leading athletes.

For now, the world needs to support the talent, hard work and resilience of the world’s leading health professionals. They truly have an Olympian task ahead.