This article is the first in a three-part series on radical ideas to solve the environmental crisis.

As the Productivity Commission confirmed this week, Australia’s economy has enjoyed uninterrupted growth for 28 years straight. Specifically, our output of goods and services last financial year grew by 2%. Economists obviously see the growth of a national economy as good news – but what is it doing to the Earth?

Capitalism demands limitless economic growth, yet research shows that trajectory is incompatible with a finite planet.

If capitalism is still the dominant economic system in 2050, current trends suggest our planetary ecosystems will be, at best, on the brink of collapse. Bushfires will become more monstrous and wildlife will continue to be annihilated.

As my research has sought to demonstrate, an adequate response to climate change, and the broader environmental crisis, will require creating a post-capitalist society which operates within Earth’s ecological limits.

This won’t will be easy – it will be the hardest thing our species has tried to do. I’m not saying capitalism hasn’t produced benefits for society (although those benefits are distributed very unequally within and between nations).

And of course, some people will think even talking about the prospect is naive, or ludicrous. But it’s time to have the conversation. 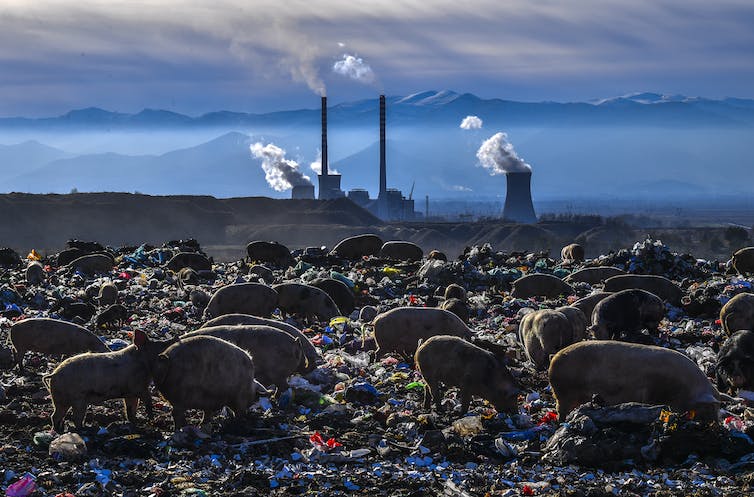 Pigs feed at a landfill site in front of a power station in Macedonia. GEORGI LICOVSKI/EPA

Economic growth generally refers to gross domestic product (GDP) – the monetary value of goods and services produced in an economy. Historically, and across the globe, GDP and environmental impact has been closely linked.

Capitalism needs growth. Businesses must pursue profits to stay viable and governments want growth because a larger tax base means more capacity for funding public services. And if any government tried to slow or stop growth for environmental reasons, powerful economic forces under capitalism would offer fierce resistance – with some businesses perhaps threatening to leave the nation altogether.

What about ‘green growth’?

Most mainstream economists and politicians accept the science on the dire state of the planet, but not many people think capitalism is the problem. Instead, the dominant response to the ecological crisis is to call for ‘green growth’.

This theory involves producing ever more goods and services, but with fewer resources and impacts. So a business might design its products to have less environmental impact, or a product at the end of its life could be reused – sometimes called a ‘circular economy’.

If our entire economy produced and consumed goods and services like this, we mightn’t need to abandon the growth economics inherent to capitalism. Instead, we would just “decouple” economic growth from environmental impact. 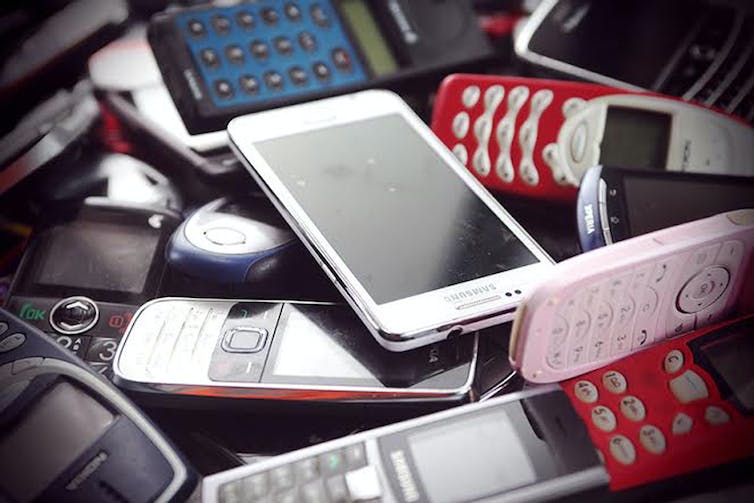 Discarded mobile phones. A circular economy finds ways to reuse products at the end of their life. AAP/Mobile Muster

Too good to be true

There are several big problems with green growth theory. First, it isn’t happening at the global scale – and where it is happening to a limited extent within nations, the change is not fast or deep enough to head off dangerous climate change.

Second, the extent of “decoupling” required is simply too great. Ecological footprint accounting shows we need 1.75 planets to support existing economic activity into the future – yet every nation seeks more growth and ever-rising material living standards.

Trying to reform capitalism – with a carbon tax here and some redistribution there – might go some way to reducing environmental harm and advancing social justice.

But the faith in the god of growth brings all this undone. The United Nations’ development agenda assumes “sustained economic growth” is the best way to alleviate global poverty – a noble and necessary goal. But our affluent living standards simply cannot be globalised while remaining within safe planetary limits. We need degrowth, which means planned contraction of energy and resource demands. 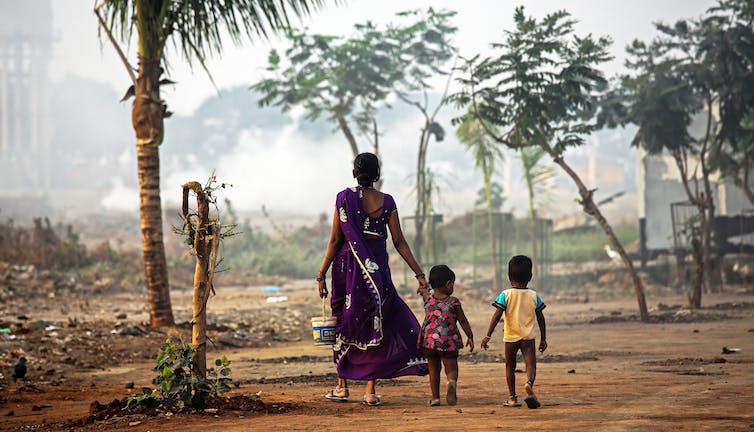 An Indian woman walks with her children on the poverty-stricken outskirts of Mumbai, India. DIVYAKANT SOLANKI/EPA

Let’s do the maths. If all humans lived like Australians, we’d need more than four planets to sustain us. Earth’s population is set to reach 9.7 billion by 2050. Our current levels of consumption do not add up.

Something resembling a fair share could involve developed nations reducing energy and resource demands by 50% or even 75% or more. This would mean transcending consumer lifestyles, embracing far more modest but sufficient material living standards, and creating new post-capitalist modes of production and distribution that aimed to meet the basic needs of all – not for limitless growth.

The “downshift” in material consumption can begin at the individual level where possible. But more broadly we must create local and sharing economies that don’t depend on globalised, fossil-fuelled distribution chains.

A range of social movements will be needed to persuade politicians to adopt systemic change.

Last year’s global student strikes and Extinction Rebellion protests were a good start. Over time, they could create widespread public momentum for an alternative, post-growth economy. 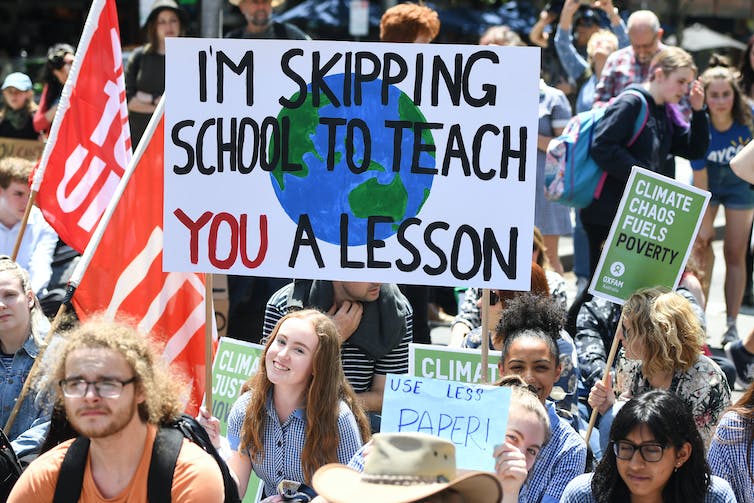 Ultimately, structural and policy inventions will be needed. This includes changes to land governance to make sustainable living easier. And we need to start having difficult but compassionate conversations about population growth.

I’m certainly not suggesting we adopt a centralised, Soviet-style state socialism. After all, a socialist economy seeking growth without limit is just as unsustainable as growth capitalism. We must expand our imaginations and explore alternatives.

I don’t have all the answers – and I think post-capitalist movements, now and in the future, will probably fail. But if we do not recognise capitalism’s inherent growth fetish as the central problem, we cannot formulate a coherent response.