It’s always you, isn’t it? The person busy swatting away buzzing backyard mosquitoes or nursing an arm full of itchy red lumps after a weekend camping trip.

You’re not imagining it – mosquitoes really are attracted to some people more than others.

Why do mosquitoes need blood?

Only female mosquitoes bite. They do it for the nutrition contained in blood, which helps develop their eggs.

Mosquitoes don’t just get blood from people. They’re actually far more likely to get it from biting animals, birds, frogs and reptiles. They even bite earthworms.

But some mosquitoes specifically target people. One of the worst culprits is the Aedes aegypti species, which spreads dengue and yellow fever viruses.

Another that prefers humans are the Anopheles mosquitoes, responsible for spreading the parasites that cause malaria.

Read more: Curious Kids: When we get bitten by a mosquito, why does it itch so much?

How do mosquitoes find us?

Most mosquitoes will get their blood from whatever is around and don’t necessarily care if they’re biting one person or another.

Although it’s our blood they’re after, there is no strong indicator they prefer a particular blood type over another. Some studies have suggested they prefer people with type O blood but that’s unlikely to be the case for all types of mosquitoes.

Whether we’re picked out of a crowd may come down to heavy breathing and skin smell.

Read more: The worst year for mosquitoes ever? Here's how we find out

When the mosquito gets closer, she is responding to a range of stimuli.

How hairy are you? Mosquitoes may have a tough job finding a path through to your skin if there is an abundance of body hair.

More than anything else, though, it’s about the smell of your skin. Hundreds of chemicals are sweated out or emitted by our body’s bacteria. The cocktail of smells they create will either attract or deter mosquitoes. 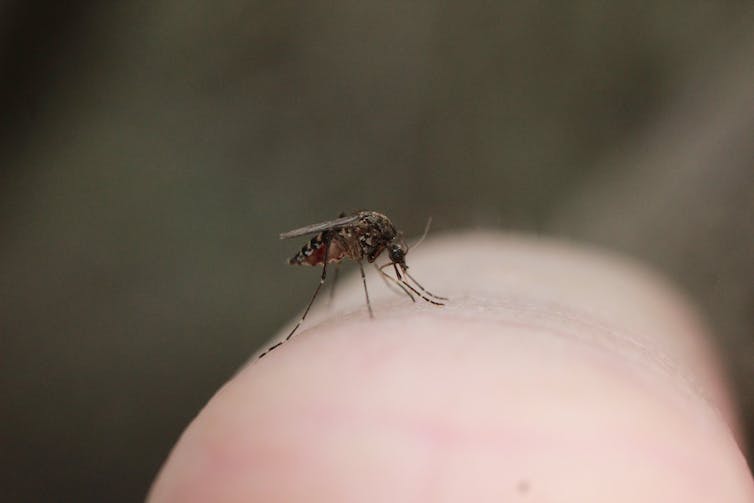 The saltmarsh mosquito is one of the biggest nuisance-biting pests in Australia. Dr Cameron Webb

It’s not just who they bite but where

Mosquitoes could also have a preference for different parts of the body.

One study showed mosquitoes are more attracted to hands and feet than armpits, but that just turned out to be because of deodorant residues.

Mosquitoes may also be more attracted to our feet: studies have shown cheese sharing similar bacteria to that found between our toes attracts mosquitoes!

Who is to blame for this misery?

It’s not your diet. There is no evidence that what you eat or drink will prevent mosquito bites. Some food or drink may subtly change how many mosquitoes are likely to bite you but it won’t make that much difference.

Eating bananas or drinking beer has been shown to marginally increase the attraction of mosquitoes but the results aren’t enough to suggest any dietary change will reduce your mosquito bites. That’s why our supermarket shelves aren’t full of “mozzie repellent” pills.

Read more: What can I eat to stop mosquitoes biting me?

Your irresistibility to mosquitoes may not be your fault. Blame your parents. Studies have shown the chemicals responsible for the “skin smell” that attracts mosquitoes has a high level of heritability when twins are exposed to biting mosquitoes. 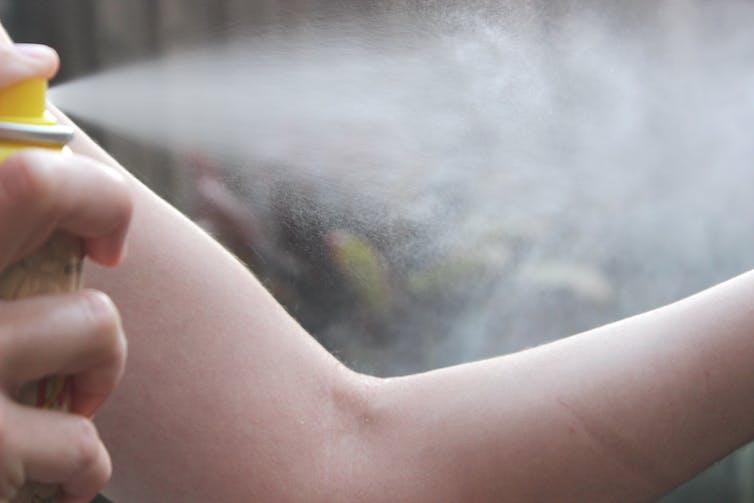 Whether you’re a mosquito magnet or not, topical insect repellents are the best way to stop mozzie bites. Dr Cameron Webb

What can you do about it?

We have to be careful about generalisations. There are thousands of types of mosquitoes around the world and all will have a different preference for what or who to bite. And the attraction of individuals and the scenario that plays out in one part of the world may be much different in another.

Remember, it only takes one mosquito bite to transmit a pathogen that could make you sick. So whether you’re a mosquito magnet or feeling a little invisible because you’re not bitten so often, don’t be complacent and use insect repellents.