US President Donald Trump’s statement overnight confirming the US would not take further military action in response to Iran’s missile strikes on American bases in Iraq eases regional tensions for now.

In hitting back at the US over last week’s assassination of General Qassem Soleimani, the leader of Iran’s elite Quds Force in the Islamic Revolutionary Guards Corps (IRGC), Iran was clearly pulling its punches.

The missiles it fired at US bases near Baghdad and in northern Iraq produced no US casualties and appear to have done little damage to the bases. Media reports quoting Western intelligence sources claim that some of the missiles were aimed deliberately short of the target. It’s clear the Iranian regime did not want to give Trump an excuse for retaliation.

Read more: Iran vows revenge for Soleimani's killing, but here's why it won't seek direct confrontation with the US

Moreover, the regime has described its missile attacks as a “proportionate” response to Soleimani’s killing – which it obviously was not. It also said its response was “concluded”, implying it would not launch further strikes against the US.

In addition, according to several media reports, Iranian officials have claimed to their domestic audience the strikes killed more than 80 US military personnel, but the US is hiding the real toll. Such statements are aimed at quelling popular pressure for a more robust response. 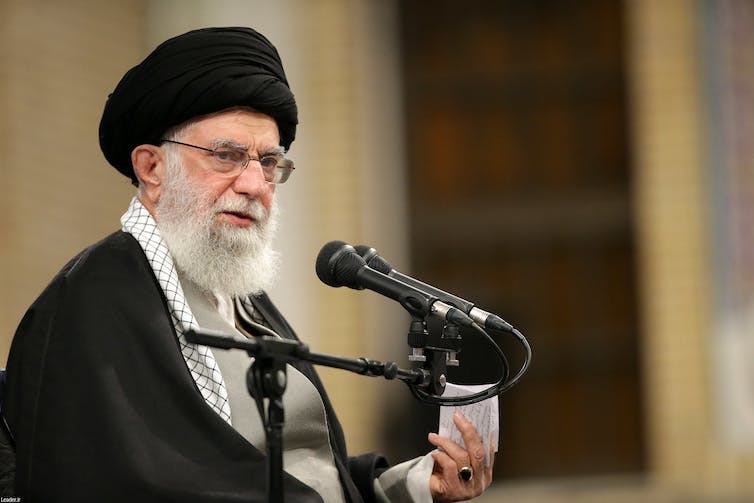 Fortunately for the region, Trump’s overnight statement indicates he is prepared to leave matters at that. In addition, there is no evidence yet the crash of a Ukrainian airliner shortly after take-off from Tehran’s airport is linked to the missile strikes (though investigations are continuing).

That means that, for now, the risk of escalating tit-for-tat strikes or something closer to all out war between the US and Iran has receded. Most in the region will now breathe easier. This is especially true for Iraq, which could have been drawn into a broader conflict as there are still about 5,000 US troops stationed there.

But many questions remain unresolved, any of which could heighten the risk of renewed military conflict between the two sides.

A first friction point is whether US troops will remain in Iraq much longer.

Last week, the Iraqi parliament ordered the expulsion of all foreign forces (which include Australian military trainers) from Iraq. Iraqi Prime Minister Adel Abdul Mahdi has said he will implement the parliament’s demand – which the parliament itself has no power to enforce.

Abdul Mahdi is also under enormous pressure from Iran to expel US forces. The Iranian regime would clearly see their removal as additional payback to the US for the Soleimani assassination.

But Abdul Mahdi, a moderate, is known to fear a possible resurgence of the Islamic State in Iraq. The group’s rise there in 2014 was the reason the Iraqi government invited US forces to return after they had left in 2011. Iraqi forces by themselves would probably not be able to contain IS.

Moreover, the US has given Iraq US$5.8 billion in military aid since 2014.

Read more: What next for Iran's proxy network after killing of Qassem Soleimani

A further problem from Abdel Mahdi is that Trump has threatened sanctions on Iraq if it expels US forces. He has implied that such sanctions would also include repayment of aid moneys.

While US troops remain in Iraq, there is the constant prospect of lethal attacks on them by a range of Iraqi militias loyal to Iran, such as Kata’ib Hezbollah, the militia that started the latest US-Iranian confrontation by killing a US contractor in late December.

Another militia strike that resulted in a US death would almost certainly spur a Trump military response against Iran – which Iran would, in turn, likely react to. 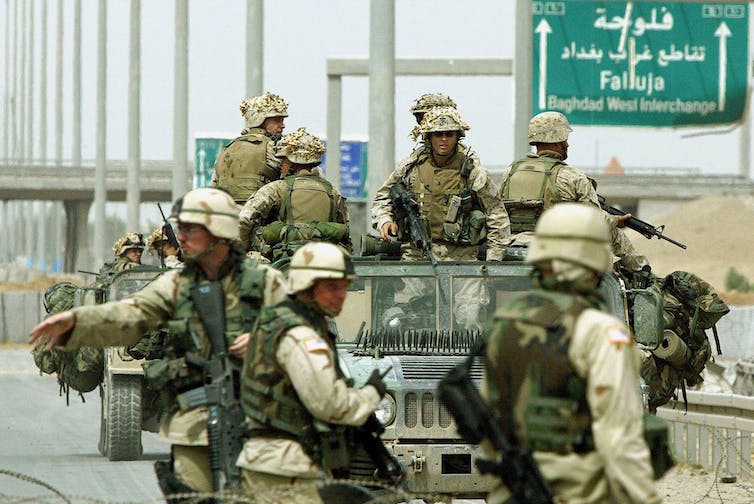 It remains unclear whether Iraq’s leader will follow through on parliament’s order to expel foreign troops. Ali Haider/EPA

What happens with the nuclear deal now?

The second friction point is Iran’s statement following the Soleimani killing that it is no longer bound by the restrictions of the nuclear deal Iran signed with the five permanent members of the UN Security Council and Germany in 2015.

This agreement, from which Trump withdrew in 2018, put restrictions on Iran’s uranium enrichment and stockpile levels with the aim of preventing the country from developing a nuclear weapon.

Iran said earlier this week it would no longer remain bound by the deal’s restrictions, meaning it would, if it chose, exceed the enrichment and stockpiling limitations. At the same time, however, it said it would remain within the deal and continue to allow inspections by the International Atomic Energy Agency (IAEA).

This playing with words appears to have been aimed at keeping the Europeans (Britain, France and Germany) from re-imposing UN sanctions on Iran if it formally left the agreement.

Read more: Iran's cultural heritage reflects the grandeur and beauty of the golden age of the Persian empire

Significantly, in his overnight statement, Trump emphasised that Iran would never be allowed to develop a nuclear weapon. The strong implication was that if Iran is discovered to be enriching uranium to weapons grade, the US will take action to stop this.

Such action would probably be military, though the US has worked with Israel in the past on cyber-technology to stymie Iran’s enrichment centrifuges.

That raises the question of how effective continuing IAEA oversight of Iran’s nuclear program will be. Before the nuclear deal was agreed, Iran was adept at putting obstacles in the way of IAEA inspectors – though it does not appear to have done so since the agreement entered into force.

Neither side wanting further conflict

For all the fragility of the current situation, there are two reasons to hope that calm will prevail for at least the next few weeks.

The first is that Iran’s options are limited. The relatively minor missile attacks on Wednesday indicate Iran does want to take on the US in direct conflict. Iran knows it would suffer.

The second is that Trump appears happy to declare victory and leave matters roughly as they stand.

He can boast to his now fiercely re-energised base that his action in eliminating Soleimani has made Americans safer. He also won’t want to get into a major Middle East conflict in an election year. Indeed, the opposite. He will almost certainly try to remove US troops from Iraq this year – but on his terms, not Iran’s.

So far, this is a win for Trump.