If you’re going through IVF, you may be offered a test to look at your embryos’ chromosomes.

Pre-implantation genetic testing for aneuploidy (chromosome abnormalities), known as PGT-A, is an “add on” used to help choose embryos with the right number of chromosomes. It’s promoted by IVF clinics as a way to increase the chance of success, especially for women over 35.

But the evidence shows that in most cases, PGT-A doesn’t improve the chance of a baby.

Read more: The business of IVF: how human eggs went from simple cells to a valuable commodity

Human cells usually contain 46 chromosomes. Aneuploidy is a term that describes a chromosome number that is different from 46 – either too many or too few chromosomes.

In human embryos, most aneuploidies are lethal, resulting in miscarriage, or do not result in pregnancy at all.

The chance of aneuploidy increases with the age of the woman; by the time a woman reaches age 40, approximately 80% of her embryos are aneuploid.

All couples produce some aneuploid embryos, whether they conceive naturally or with IVF. The idea behind PGT-A is that if the aneuploid embryos can be identified they can be discarded, so that only embryos capable of producing a healthy pregnancy are used.

PGT-A involves the woman having fertility drugs to produce several eggs. When they are mature, they are retrieved and mixed with sperm to create embryos.

Read more: Considering using IVF to have a baby? Here's what you need to know

A few cells are removed from the future placenta for testing and the embryos are frozen until test results are available.

If the test shows there are normal embryos, one is thawed and transferred to the woman’s uterus. Any remaining normal embryos will be kept frozen for transfer later if the first transfer is unsuccessful.

Many clinics recommend PGT-A for women over 35 (more than half of women who have IVF) and those who have had repeated miscarriages or failed IVF treatments. This is because women over 35 and women with previous losses are more likely to produce aneuploid embryos. 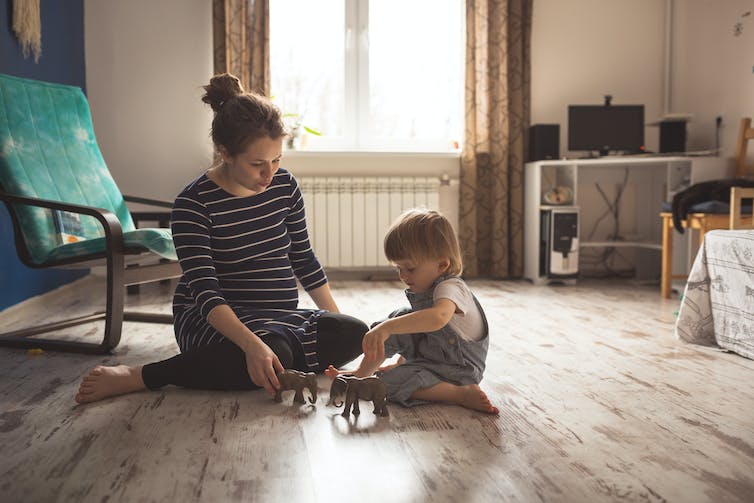 Women over 35 are more likely to have embryos with chromosomal abnormalities than younger women. Natalia Lebedinskaia/Shutterstock

While the theory behind PFT-A makes sense, randomised controlled trials (the gold standard evidence to tell us if an intervention makes a difference) have not demonstrated a clear benefit.

Of the two most recent trials of PGT-A, one reported fewer embryo transfers and fewer miscarriages in the PGT-A group but neither showed benefits in terms of improving the live-birth rate.

The pitfalls of PGT-A

PGT-A actually has the potential to reduce the chance of a baby. It can do this in two ways.

First, PGT-A is not 100% accurate. This means that inevitably, some embryos that have the capacity to form a healthy baby will be discarded.

The most common reason for these “false positive” results is that a proportion of embryos are “mosaic” – they have a mix of normal and abnormal cells. Surprisingly, mosaic chromosome abnormalities are quite common in early human embryos, and do not seem to prevent the embryo developing into a healthy baby.

However, if abnormal cells are removed and tested, the embryo will be misclassified as abnormal and discarded – a lost opportunity for a healthy pregnancy.

Many healthy babies have been born to people who have elected to have mosaic embryos transferred because they were the only embryos they had.

In a recent study of 98 women who had mosaic embryos, 32 (33%) elected to have at least one transferred. Of these, 11 (34%) had a successful pregnancy with apparently healthy babies born.

Second, while the risk is small, embryos can be damaged in the biopsy procedure and some embryos don’t survive the freezing and thawing process. 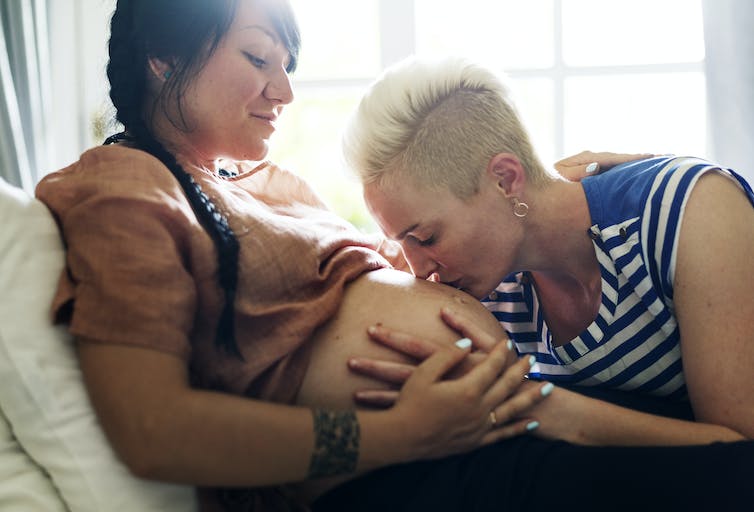 Some women elect to have mosaic embryos transferred. Rawpixel.com/Shutterstock

To have or not to have PGT-A?

While doctors likely offer their patients detailed and individualised information about different treatment options, information about the possible benefits of PGT-A on clinic websites can be difficult to interpret.

That’s why independent information about the pros and cons of PGT-A is needed to help people make informed decisions. The Victorian Assisted Reproductive Treatment Authority (VARTA) has developed a downloadable resource about the current state of knowledge about PGT-A.

Some clinics are now offering a less invasive technique where, rather than removing cells from the embryo, they test the fluid that the embryo is grown in to determine if the embryo has the right number of chromosomes. Time will tell of this will improve the chance of having a baby with IVF.

In the meantime, it may help to ask the five questions recommended by Choosing Wisely:

And in the case of IVF: how will this improve my chance of a live birth?

Read more: Your questions answered on donor conception and IVF