Hit podcast Dolly Parton’s America is a love letter to the icon of American country music. It reveals Dolly’s broad and enduring appeal, which crosses generations, class, race and even musical tastes.

Dolly, 73, is having a “moment” that includes the podcast, 9:5 The Musical (coming to Australia in April), and the new...

Hit podcast Dolly Parton’s America is a love letter to the icon of American country music. It reveals Dolly’s broad and enduring appeal, which crosses generations, class, race and even musical tastes.

Dolly, 73, is having a “moment” that includes the podcast, 9:5 The Musical (coming to Australia in April), and the new Netflix series Heartstrings, which dramatises a Dolly song for each episode.

In a divided America, Dolly stands as the great unifier. The podcast cites her as being in the top 10 most loved celebrities globally – but also one of the least hated – based on extensive polling. Her popularity has been measured using a celebrity scoring system called the Q Score.

How do we quantify a public figure in terms of cultural cachet? And who would be Australia’s Dolly? 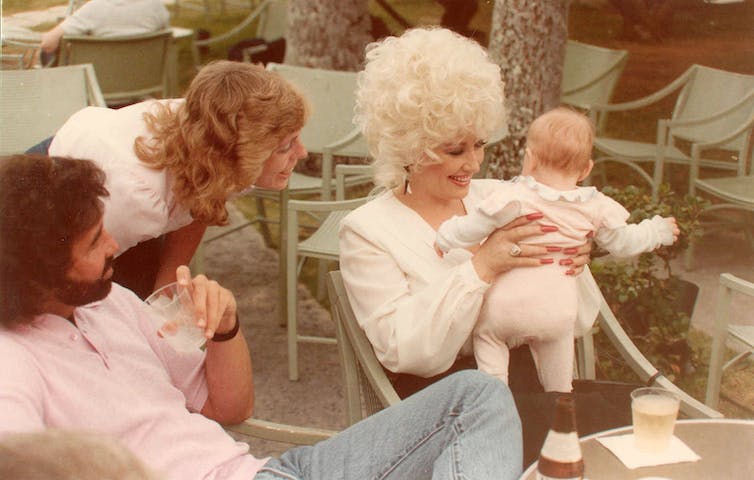 Here she comes again. Dolly – with fans in Honolulu in 1983 – has enduring appeal. Photo by Alan Light/Wikimedia, CC BY

What is a Q score?

Created in 1963 by Jack Landis, the Q Score scoring system is owned by the US-based Marketing Evaluations Inc.

Twice a year, a representative sample of female and male adults are presented with a list of 1,800 celebrities and asked to rate them on a six-point scale from “Never heard of” to “One of my favourites”.

The data is added to the full Q Score database, which amounts to about 25,000 celebrities at any given time.

From Sammy Davis junior to Taylor Swift, celebrities sure know how to sell stuff.

A Q Score is a measure of both familiarity and positivity. This is important, as likeability can be highly subjective, so assigning a score provides some sense of objectivity.

The score puts a price on a celebrity’s “likeability” and therefore how much their popularity is worth – handy for those looking for people to represent their products.

In the world of advertising and celebrity endorsement, the higher a celebrity rates, the more companies will be willing to pay them to promote their products and services.

Celebrities behaving badly – Charlie Sheen, Tiger Woods, Felicity Huffman – show endorsement can be a fickle business. The Q Score provides some comfort to a company or brand that a celebrity is likely to be a safe bet.

Ratings are also helpful in revealing celebrities people love to hate. Before he was US President, Donald Trump was a reality TV star with a very low Q Score (and a very high negative Q Score).

Q Scores have attracted criticism, mostly that they are “normative” and therefore often don’t reflect the views of minorities. There is a Hispanic Q Score which rates 400 Hispanic personalities; however, the sampling process inevitably leads to a hegemonic outcome reflecting the dominant social influence.

Deceased celebrities also have enormous value. Their images and even reanimated footage of them is used regularly in advertising (think Marilyn Monroe, Bruce Lee, James Dean or Audrey Hepburn).

The “dead celebrity” industry is worth approximately US$2.25 billion (A$3.3 billion) every year. The most popular are ranked using a similar system to Q scores, called the Dead Q, which is updated every two years.

Some celebrities earn more dead than they did alive, bringing in millions for their estates in royalties.

Deceased celebrities are very attractive to marketers because they don’t age or change the way they look, they don’t get involved in scandals (Michael Jackson notwithstanding), and they stay famous.

In Australia, celebrities are also rated, though the local rating systems are not exactly the same as in the USA. Until 2010, there was a Q Score system undertaken by Audience Development Australia, which has recently been reported as set to return in 2019. However, this system is TV-oriented and mostly rates Australian TV presenters and brands. Of more relevance here is the Encore Score. 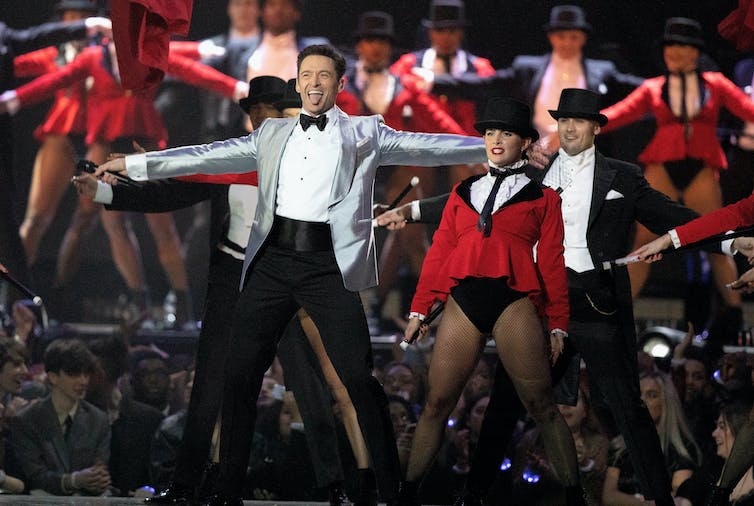 The Encore Score is sponsored by Mumbrella and was last issued in 2016.

The methodology is similar to the American Q Score, and asks a sample of 3,000 respondents to rate 1,000 TV, radio, film and media celebrities from “One of my favourites” to “I hate them”, as well as how familiar they are with the person.

In this way, the Encore Score mimics the Q Score in terms of familiarity and positivity.

The 2016 Encore Score also ranked the least liked celebrities. The number one on this list: Kyle Sandilands. Shane Warne and Eddie McGuire also got mentions. 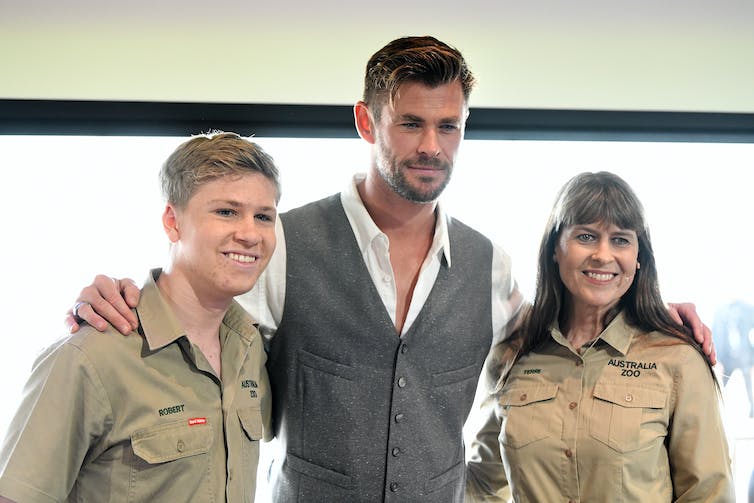 Tourism Australia’s latest campaign – featuring Hemsworth, Paul Hogan, Kylie Minogue, Terri Irwin, Kylie Kwong, Curtis Stone, Adam Hills and surfer Mick Fanning – is probably the best current gauge of who market research has identified as our favourite Australian faces, at least the ones we’re prepared to share with the rest of the world.