This is one of our occasional Essays on Health. It’s a long read. Enjoy!

The idea of growing babies outside the body has inspired novels and movies for decades.

And in recent weeks, researchers in The Netherlands have received €2.9m (A$4.66m) to develop a prototype for gestating premature babies.

So it’s important to consider some of the ethical issues this technology might bring.

Read more: From frozen ovaries to lab-grown babies: the future of childbirth

What is an artificial womb?

Growing a baby outside the womb is known as ectogenesis (or exogenesis). And we’re already using a form of it. When premature infants are transferred to humidicribs to continue their development in a neonatal unit, that’s partial ectogenesis. 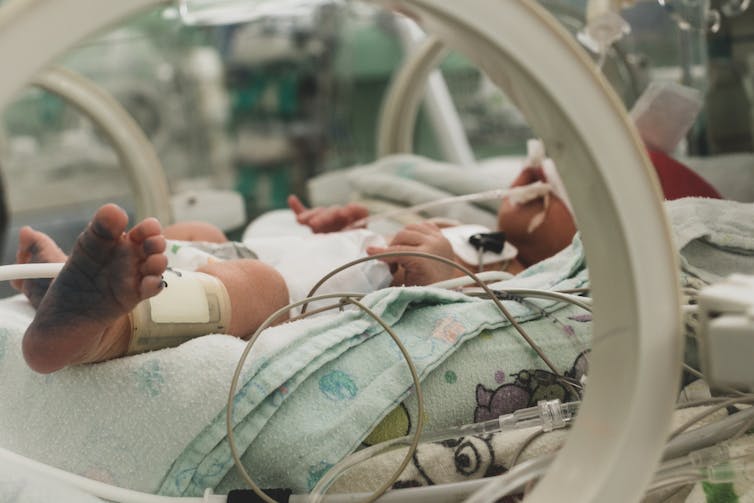 When premature infants are transferred to humidicribs to continue their development in a neonatal unit, that’s partial ectogenesis. from www.shutterstock.com

But an artificial womb could extend the period a fetus could be gestated outside the body. Eventually we might be able to do away with human wombs altogether.

This may sound far-fetched, but many scientists working in reproductive biotechnology believe that with the necessary scientific and legal support, full ectogenesis is a real possibility for the future.

What would an artificial womb contain?

An artificial womb would need an outer shell or chamber. That’s somewhere to implant the embryo and protect it as it grows. So far, animal experiments have used acrylic tanks, plastics bags and uterine tissues removed from an organism and artificially kept alive.

An artificial womb would also need a synthetic replacement for amniotic fluid, a shock absorber in the womb during natural pregnancy.

Animal experiments have used complex catheter and pump systems. But there are plans to use a mini version of extracorporeal membrane oxygenation, a technique that allows blood to be oxygenated outside the body.

Read more: The business of IVF: how human eggs went from simple cells to a valuable commodity

Once these are in place, artificial gestation could one day become as common as IVF is today, a technique considered revolutionary a few decades ago.

And just as in the case of IVF, there are many who are concerned about what this new realm of reproductive medicine might mean for the future of creating a family.

So what are some of the ethical considerations?

The main discussion about artificial wombs has focused on their potential benefit in increasing the survival rate of extremely premature babies.

Currently, those born earlier than 22 weeks gestation have little-to-no hope of survival. And those born at 23 weeks are likely to suffer a range of disabilities.

Using a sealed “biobag”, which mimics the maternal womb might help extremely premature babies survive and improve their quality of life.

A biobag provides oxygen, a type of substitute amniotic fluid, umbilical cord access and all necessary water and nutrients (and medicine, if required). This could potentially allow the gestational period to be prolonged outside the womb until the baby has developed sufficiently to live independently and with good health prospects.

Premature lambs survived for four weeks in a ‘biobag’ at the Children’s Hospital of Philadelphia (Tech Insider/YouTube).

An artificial womb might provide an optimum environment for the fetus to grow, providing it with the appropriate balance of hormones and nutrients. It would also avoid exposing the growing fetus to external harms such as infectious diseases.

The technology might also make it easier to perform surgery on the fetus if needed.

And it could see the end of long-term hospital stays for premature infants, saving health care dollars in the process. This is particularly noteworthy considering some of the largest private insurance payments​ are currently for neonatal intensive care unit expenses.

Artificial wombs could help with infertility and fertility

This emerging reproductive technology may allow women who are infertile, either due to physiological or social reasons, ​with the chance of having a child. It may also offer opportunities for transgender women and other women born without a uterus, or those who have lost their uterus due to cancer, injury or medical conditions, to have children.

Similarly, it could allow single men and gay male couples to become parents without needing a surrogate. 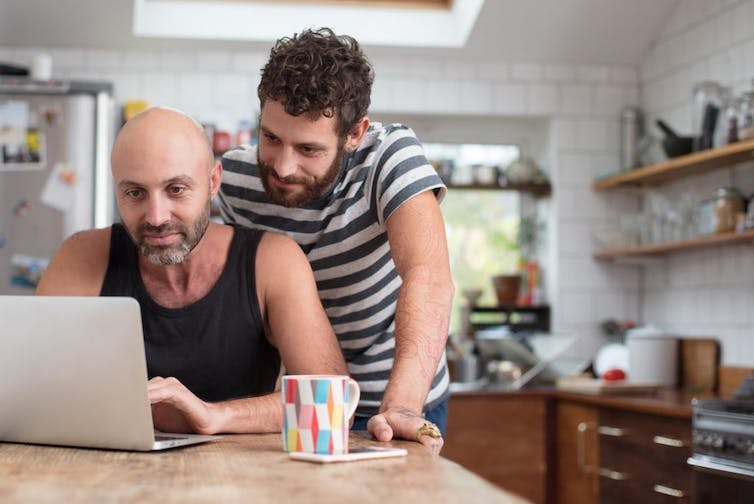 Artificial wombs could allow gay men to become parents without needing a surrogate. from www.shutterstock.com

Will this lead to a broader discussion about gender roles and equality in reproduction? Will it remove potential risks and expectations of pregnancy and childbirth currently only affecting women? Will this eliminate commercial surrogacy?

Equally, artificial wombs could help fertile women who for health or personal reasons choose not to be pregnant. It would allow those whose career choices, medication or lifestyle might otherwise expose a developing fetus to malformation or abnormality.

The prospect of artificial wombs might offer hope for many, but it also highlights a number of potential hazards.

Whether artificial wombs should be allowed to influence a woman’s right to choose is already under debate.

Read more: What's Mother's Day if you've been born in a machine and raised by robots?

Artificial wombs might also further increase the gap between rich and poor. Wealthy prospective parents may opt to pay for artificial wombs, while poorer people will rely on women’s bodies to gestate their babies. Existing disparities in nutrition and exposure to pathogens between pregnancies across socio-economic divides could also be exacerbated. 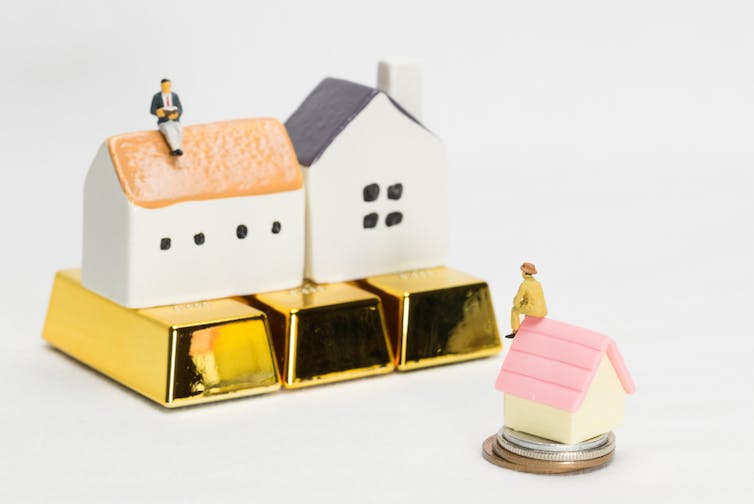 Artificial wombs might further increase the gap between rich and poor. from www.shutterstock.com

This raises issues of distribution of access. Will artificial wombs receive government funding? If it does, who should decide who gets subsidised access? Will there be a threshold to meet?

Other issues concern potential discrimination individuals born via an artificial womb may face. How do we prevent discrimination or invasive publicity and ensure individuals’ origin stories are not subject to negative public curiosity or ridicule?

Others might consider artificial wombs to be deeply repugnant and fundamentally against the natural reproductive order.

Currently, there is no prototype of an artificial womb for humans. And the technology is very much in its infancy. Yet we do need to consider ethical and legal issues before rushing headlong into this reproductive technology.

Not only do we need to ensure the technology is safe and works, we need to consider whether it’s the right path to take for different circumstances.

It might be easier to defend using artificial wombs in emergency situations, such as saving the lives of extremely premature neonates. However, using them in other circumstances might need broader social and policy considerations.

Read more: We must develop 'techno-wisdom' to prevent technology from consuming us

Without first establishing clear regulatory and ethico-legal frameworks, the development and release of artificial wombs could be problematic. We need to clearly outline pregnancy termination rights, parenthood and guardianship issues, limitations to experimentation, and other issues before the technology is fully realised and available. We need to do this soon rather than allowing the law to lag behind the science.

It is easy to get carried away with visions of utopian or dystopian societies. As radical and futuristic as artificial wombs might sound, it is important to pause and reflect on the present.

While this technology may solve some existing problems concerning inequality in reproduction, there are many other issues that demand our immediate attention.

Improving maternal health services, equal opportunity in the workplace, and reducing the impact of poor social determinants of health on fetal outcomes are all pressing concerns we must address now before we can consider what the future of reproductive biotechnology might hold.

Read more: Where we come from determines how we fare – the fetal origins of adult disease