Not long ago, the Wallabies were a rugby powerhouse. But their recent quarter-final defeat to England at the Rugby World Cup has called into question the status of Australia as a leading rugby nation.

Overall, Australian rugby union still seems to be in a strong position when you take into account the results of other competitions.

There is a solid group of young players in the pipeline, most notably those on the Junior Wallabies team, which was runner-up at this year’s U20 Rugby World Cup. Also this year, the Australian Schoolboys beat their New Zealand counterparts for the first time in seven years, while at the domestic club level there has been a resurgence of crowds in the Sydney Shute Shield competition.

Participation is also growing in the women’s game. After the inaugural Super W season in 2018, there was a 20% bump in the numbers of players in Australia. The Australian women’s national team also captured a gold medal at the 2016 Rio Olympics in rugby sevens.

Australia has one of the highest overall participation rates for rugby union in the world, with 230,000 registered players (below just France, South Africa and England).

But even if the game is doing well from these perspectives, there is still some angst about the Wallabies’ lack of recent success and the declining prominence of rugby union in the overall sporting landscape in Australia.

Competition with AFL and other sports

The biggest challenge for rugby in Australia may be its relative lack of popularity in the highly competitive domestic sports market. Australians still appear more interested in domestic sporting events than international competitions.

The AFL, in particular, has a rabid fan base in parts of Australia, but there is no real international outlet for the sport. In the NRL, the State of Origin and Grand Final attract more interest than the Kangaroos’ (national league side) results.

Soccer is the highest participation team sport in Australia (14.8% of children play soccer, compared to 8.5% for Australian rules football). Plus, as a global sport, it is appealing to an increasingly multicultural fan base. In a commercial sense, soccer is a sleeping giant in Australia.

The Wallabies are underpinned by the four professional franchises competing in Super Rugby, which is split between five countries (Australia, New Zealand, South Africa, Argentina and Japan).

The international nature of this competition makes it difficult for the sport to grow a strong fan base at home. Compared to AFL and NRL, where the majority of the teams (and matches) are based in Melbourne and Sydney, respectively, Super Rugby matches are played interstate or overseas.

As such, rugby supporters only have easy access to a few home matches and have to rely on television for the other games. Unfortunately, due to broadcasting rights, Super Rugby matches can only be watched on pay-per-view television. And because of time zone differences, they are often broadcast at inconvenient hours. 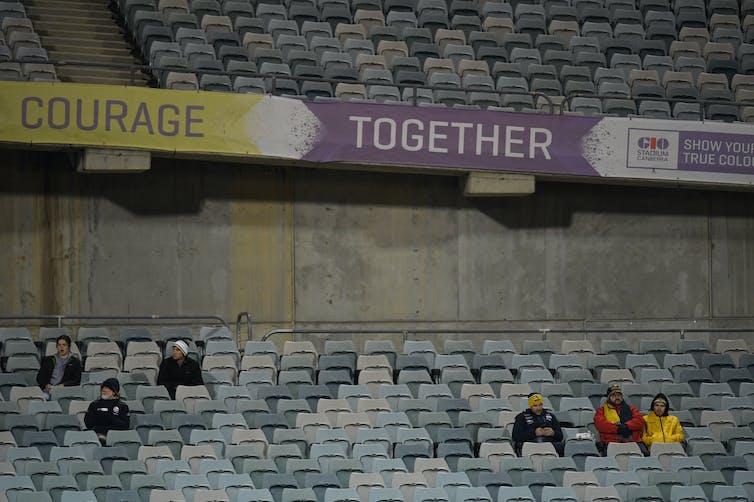 Empty stands during the Super Rugby quarterfinal between the ACT Brumbies and the Sharks in Canberra in June. Lukas Coch/AAP

Fewer pathways to the Wallabies

This is partly due to the way teams in those countries directly engage with their fans. Similarly to AFL teams in Australia, rugby teams in South Africa and New Zealand are deeply rooted and well-established parts of their communities, organising social events and supporting charities or local clubs.

Another difference is that both countries have a strong local rugby competition (one level below Super Rugby) that can be easily followed by supporters.

Australia has a similar competition (the National Rugby Championship), which could help increase the popularity of the sport. However, the competition has been poorly advertised and its broadcasting rights awarded to pay-per-view television.

Furthermore, the competition is scheduled around the AFL and NRL finals. In order to increase national interest, Rugby Australia should change the time of the year when the NRC is played.

Read more: Why talent transfer is key for a winning rugby Sevens team

Rugby’s popularity received another blow when one of the Super Rugby teams, the Perth-based Western Force was axed from the league.

The sacrifice of this team seemed at odds with the growth of the game. The Western Force created a pathway for players to join the Wallabies and popularised the sport in a state without a team in the NRL. WA now has the third-highest rugby participation rate in the country, behind NSW and Queensland.

Another issue for the Wallabies is the current policy of Rugby Australia not to pick any overseas-based player for teams unless they meet strict conditions (minimum number of international caps). South Africa recently relaxed its rules to include overseas-based players – and reached the final of this year’s World Cup. 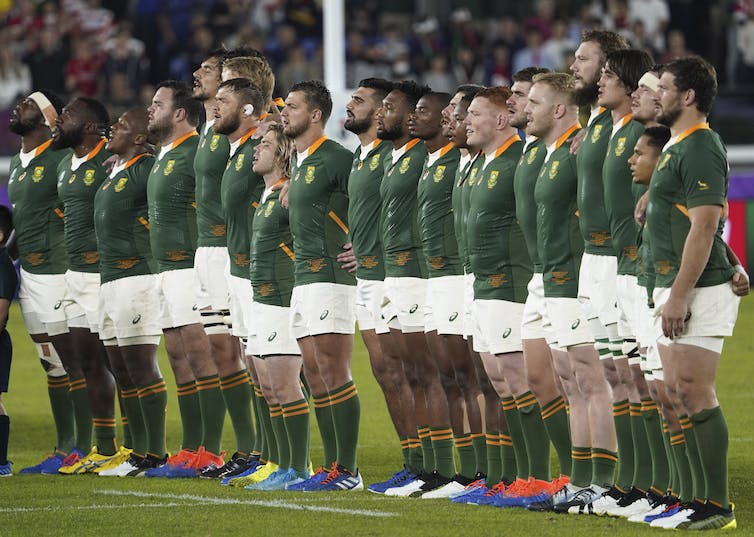 Rugby is thriving in South Africa, leading to success for the Springboks on the international level. Franck Robichon/EPA

Better leadership at the top

The sport may now be in a downward spiral in Australia. The lack of recent success for the Wallabies could lead to decreasing numbers of fans, attendance at matches, broadcasting deals and sponsorships. It could also lead more domestic professional players to move to Europe or Japan, where there are lucrative contracts on offer.

For the Wallabies to return to their former high standards, Rugby Australia must find ways to grow interest in the sport and increase the community engagement in rugby from the local to international level.

The athletes are definitely here. Now, it’s just up to the sport’s governing body to show the leadership and foresight sorely lacking at the moment.