There is a widespread belief dingoes are as good as extinct in New South Wales and nearly all dog-like animals in the wild are simply wild dogs. This belief is bolstered by legislation and policies in NSW, which have removed the word dingo and refer only to “wild dogs”.

But our research, recently published in the journal Conservation Genetics, challenges this assumption. We performed DNA ancestry testing, much like the ancestry tests available to people, on 783 wild canines killed as part of pest control measures in NSW.

Read more: The dingo is a true-blue, native Australian species

Roughly one in four of the animals we tested were pure dingoes, and most were genetically more than three-quarters dingo. Only 5 of the 783 animals we tested turned out to be feral domestic dogs with no dingo ancestry. 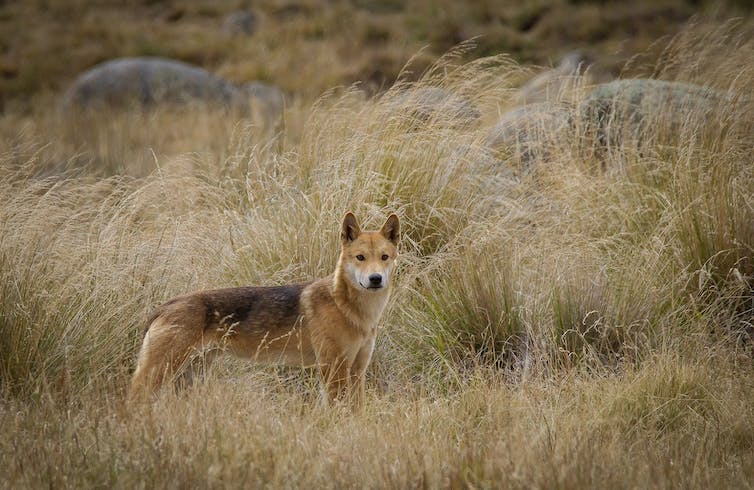 If it looks like a dingo, acts like a dingo and shares dingo genes… there’s a pretty good chance it’s a dingo. Michelle J Photography, Author provided

Studies carried out by the CSIRO in the 1980s and ‘90s examined the skulls of wild canines in southeastern Australia, and concluded they were largely hybrids of dingoes and dogs.

In NSW all wild dogs are classified as pest animals. Under the NSW Biosecurity Act 2015 all landholders have a duty to control wild dogs to minimise the risk of negative impacts on neighbouring land.

This policy requires all public and private landholders in NSW to display signs warning when poison baits have been laid to kill wild dogs.

There were more pure dingoes in these areas. Despite these positive findings, dingo-dog hybridisation is still very prevalent in NSW. Three-quarters of wild animals carry some domestic dog ancestry.

Read more: Dingoes and humans were once friends. Separating them could be why they attack

This is not entirely surprising. Domestic pet and working dogs have lived alongside dingoes for centuries. Widespread killing of dingoes also increases the risk of hybridisation because it breaks family groups apart, giving domestic dogs the opportunity to mate with dingoes. Small populations also have a higher risk of hybridisation. 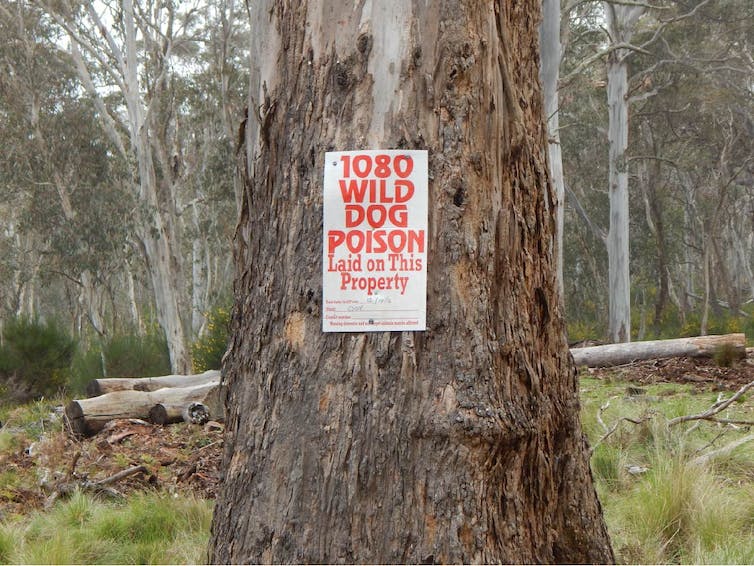 Hybridisation is generally considered detrimental to conservation because it alters the genome. In the case of dingoes, hybridisation is a problem because hybrids may be different to dingoes and “true” dingoes will eventually disappear.

While our results show dingoes still exist and their genes are predominate, their conservation will be greatly helped if we can prevent further interbreeding with domestic dogs.

Time to resurrect the dingo

Our study has important implications for both how we describe dingoes, and the future conservation of dingoes in NSW. Most of the animals labelled as wild dogs in NSW had predominantly dingo DNA, and fewer than 1% were actually feral dogs.

The term wild dog obfuscates the identity of wild animals whose genes are mostly dingo but sometimes carry dog genes. For all intents and purposes, these animals have dingo DNA, look like dingoes and behave like dingoes, and consequently should be labelled as dingoes rather than escaped pets gone wild.

Hotspots with high dingo ancestry have significant conservation value and urgently need new management plans to ensure these pure dingo populations are protected from hybridisation. These populations could be protected by restricting the killing of dingoes in these areas and restricting access to domestic dogs on public land such as state forests. 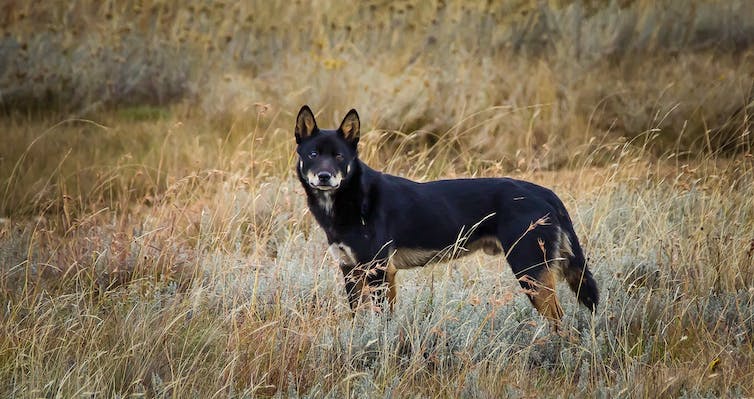 Further ancestry testing should be conducted in more areas to determine whether there are other pockets of high dingo purity in NSW.

Undeniably, dingoes can negatively impact livestock producers, especially sheep farmers. Non-lethal strategies such as electric or exclusion fencing, and livestock guarding animals such as dogs, llamas and donkeys, may balance the need to conserve dingoes and protect vulnerable livestock.

In some circumstances, dingoes can benefit farmers because they reduce numbers of native and feral herbivores like kangaroos, feral goats, rabbits and pigs, boosting pasture growth for livestock.

If lethal control is justified, then targeted strategies such as shooting and trapping may be more suitable in high dingo conservation areas rather than landscape-wide poison aerial baiting.

It is time to resurrect the dingo. The term dingo needs to come back into official language, and we need practical strategies for limiting dingo-dog hybridisation and protecting dingo hotspots.

Read more: Dog owners could take the lead on dingo conservation with a 'Fido fund'