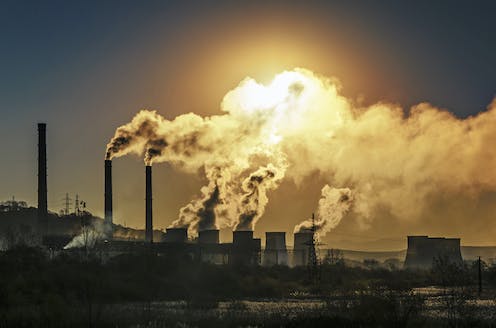 Joel Fitzgibbon was on his mobile at a cafe at the Commonwealth Parliamentary Offices in Sydney on Thursday when he encountered Scott Morrison getting a mid-morning coffee.

“You’re making a lot of sense,” Morrison said to Labor’s resources spokesman, who’d set off a fire storm in his party by suggesting the ALP revise its climate policy to adopt the upper end of the government’s target of reducing emissions by 26-28% by 2030.

“Your love won’t help me, Prime Minister,” Fitzgibbon shot back.

He’s right there. Fitzgibbon’s radical proposal has burst open the conundrum the opposition has in reshaping one of the ALP’s centrepiece election pitches.

It’s a great deal more complicated than, for example, dealing with the franking credits plan, which Labor can’t afford to keep in its present form. That can be restructured, or dumped, without much political angst.

But the climate policy – for a 45% reduction in emissions by 2030 and a target of net zero by 2050 - has become an article of faith within Labor, and among many of its supporters. It’s also a policy that in the election split the voters Labor needed, attracting some but driving away others.

Weaken the policy and there will be a reaction from the ALP’s inner city constituents, who tend to look toward the Greens out of the corner of their eye. Keep a very high target and lose people once again - to the Coalition or minor parties on the right - from the traditional base, including in regional areas, especially in Queensland where coal mining is a thing.

Fitzgibbon maintains that by adopting the 28% target, Labor would not just be more acceptable to blue collar voters but would put more pressure on the government to act - although this latter point seems a stretch.

Getting to 28% without destroying blue collar jobs or harming the economy would also provide “a great foundation” for prosecuting the case for further action, he claims.

Among the multiple problems Labor has in reviewing its policy is that it will be considering a more pragmatic, less ambitious approach just when the climate debate is once again taking off in public consciousness.

It’s hard to assess precisely the extent to which the step up in activism represents the wider public view. Indeed the civil disobedience demonstrations are infuriating some people because of the disruption. Nevertheless, the period ahead could see the issue biting more, as the ALP is considering easing back.

Given how quickly things change and the relevance of what other countries do, in strict policy terms Labor arguably would be best not to settle a policy until, say, early 2021, for a 2022 election. But the government (and the media) will be able to exploit a Labor vacuum, so that holding out does carry political cost.

Fitzgibbon, who represents the NSW coal seat of Hunter and experienced voter wrath in May, won’t get the ambit claim he outlined this week. That would be going too far for the party, and for its climate spokesman Mark Butler who has a lot of reputation at stake. As soon as Fitzgibbon made public his proposal, Butler said it wouldn’t be embraced by Labor, declaring it was “fundamentally inconsistent with the Paris agreement and would lead to global warming of 3℃.”

Fortunately for the government, Fitzgibbon’s intervention reduced the attention on its energy policy, the inadequacy of which was again highlighted this week.

Read more: Labor's climate policy: back in the game but missing detail

As the Coalition pushes ahead with seeking to get its “big stick” legislation to deal with recalcitrant power companies through parliament, criticisms of its policy came from, among others, the chair of the Energy Security Board Kerry Schott and the Grattan Institute.

Schott, whose board advises federal and state governments, wrote in the Australian Financial Review, ahead of the paper’s energy summit, that “government interventions to cap prices and to effectively subsidise certain generation projects will not encourage the considerable new investment and innovation that is needed”.

The Grattan Institute, which released a report on Australia’s electricity markets, said the government’s “fight to avoid the impending closure of the Liddell coal power station in NSW makes it harder for Australia to achieve its emissions reduction targets, and is likely to increase electricity prices and reduce the reliability of supplies”.

The AFR summit saw much finger pointing, with energy minister Angus Taylor blaming industry for the lack of investment, and industry blaming the government.

Taylor said dismissively: “Time and again we’ve seen industry participants and commentators swept up in the excitement of complex new programs represented by the latest fashionable acronym that everyone pretends to understand but few ever do.” Origin Energy’s CEO Frank Calabria said “the mere existence of the big stick is acting as a handbrake on investment, right when we need investment the most”.

Read more: Australia to attend climate summit empty-handed despite UN pleas to ‘come with a plan'

In theory, Morrison could have tried to use the great authority his unexpected election win gave him to pursue more appropriate energy and emissions reduction policies. Admittedly, it would have been extremely difficult, as it would have contradicted much the government had been saying and doing.

But it was never an option. Morrison is either wilfully blind to what needs to be done (although when treasurer he supported the more rational policy of a National Energy Guarantee), or he is afraid to stir those powerful naysayers in his party.

So where are we left?

With a government stubbornly tied to a set of policies that experts insist won’t deliver effective results. And an opposition that’s in a funk about where it should position itself in the future.

Meanwhile Australia’s overall emissions rise (although electricity emissions are down, as some coal fired power goes out of the system); high electricity prices remain a burden on private and business consumers alike; and there is nervousness about the summer power supply.