It’s official. The outlook for the Great Barrier Reef has been downgraded from “poor” to “very poor” by the Australian government’s own experts.

That’s the conclusion of the latest five-yearly report from the Great Barrier Reef Marine Park Authority, released on Friday. The report assessed literally hundreds of scientific studies published on the reef’s declining condition since the last report was published in 2014.

The past five years were a game-changer. Unprecedented back-to-back coral bleaching episodes in 2016 and 2017, triggered by record-breaking warm sea temperatures, severely damaged two-thirds of the reef. Recovery since then has been slow and patchy. 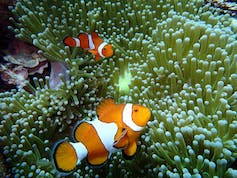 Fish swimming among coral on the Great Barrier Reef. AAP

Looking to the future, the report said “the current rate of global warming will not allow the maintenance of a healthy reef for future generations […] the window of opportunity to improve the reef’s long-term future is now”.

But that window of opportunity is being squandered so long as Australia’s and the world’s greenhouse gas emissions continue to rise.

The evidence on the reef’s condition is unequivocal

A logical national response to the outlook report would be a pledge to curb activity that contributes to global warming and damages the reef. Such action would include a ban on the new extraction of fossil fuels, phasing out coal-fired electricity generation, transitioning to electrified transport, controlling land clearing and reducing local stressors on the reef such as land-based runoff from agriculture.

Read more: Meet the super corals that can handle acid, heat and suffocation

But federal Environment Minister Sussan Ley’s response to the outlook report suggested she saw no need to take dramatic action on emissions, when she declared: “it’s the best managed reef in the world”. 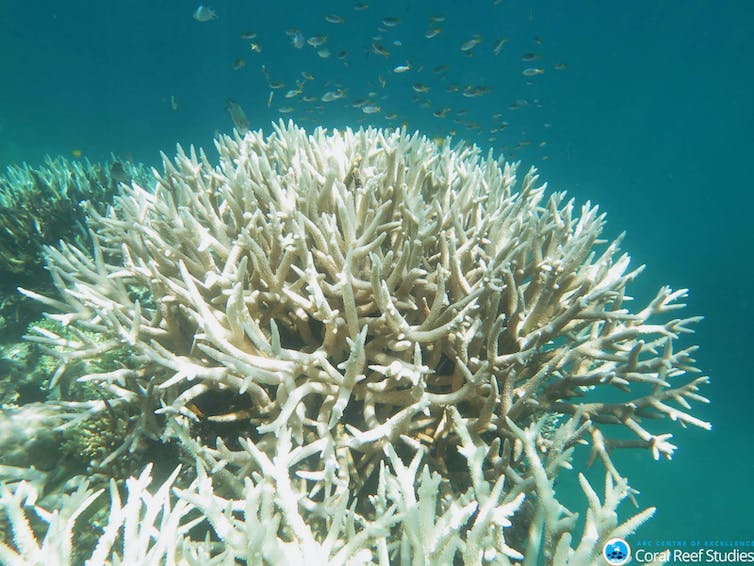 Major coral bleaching events in 2016 and 2017 have devastated the reef.

But rather than meaningfully tackle Australia’s contribution to climate change, the federal government has focused its efforts on fixing the damage wrought on the reef. For example as part of a A$444 million grant to the Great Barrier Reef Foundation, the government has allocated $100 million for reef restoration and adaptation projects over the next five years or so.

Solutions being supported by the foundation include a sunscreen-like film to float on the water to prevent light penetration, and gathering and reseeding coral spawn Separately, Commonwealth funds are also being spent on projects such as giant underwater fans to bring cooler water to the surface.

But the scale of the problem is much, much larger than these tiny interventions.

Climate change is not the only threat to the reef

The second biggest impact on the Great Barrier Reef’s health is poor water quality, due to nutrient and sediment runoff into coastal habitats. Efforts to address that problem are also going badly.

This was confirmed in a confronting annual report card on the reef’s water quality, also released by the Commonwealth and Queensland governments on Friday. 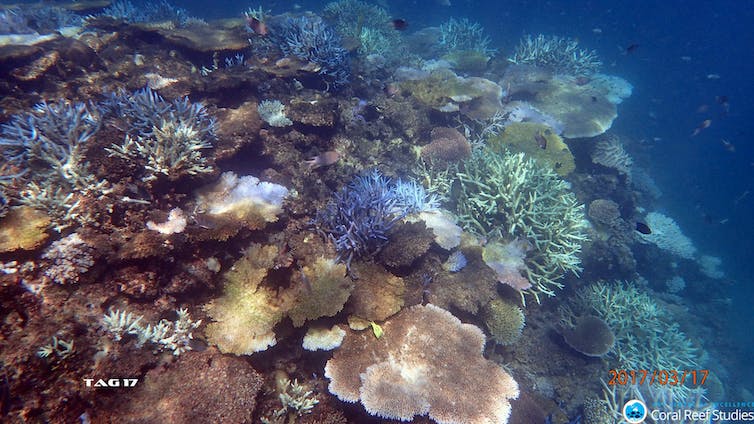 It showed authorities have failed to reach water quality targets set under the Reef 2050 Plan - Australia’s long-term plan for improving the condition of the reef.

For example the plan sets a target that by 2025, 90% of sugarcane land in reef catchments should have adopted improved farming practices. However the report showed the adoption had occurred on just 9.8% of land, earning the sugarcane sector a grade of “E”.

So yes, the reef is definitely in danger

The 2019 outlook report and other submissions from Australia will be assessed next year when the UNESCO World Heritage Committee meets to determine if the Great Barrier Reef should be listed as “in danger” - an outcome the federal government will fight hard to avoid.

An in-danger listing would signal to the world that the reef was in peril, and put the federal government under greater pressure to urgently prevent further damage. Such a listing would be embarrassing for Australia, which presents itself as a world’s-best manager of its natural assets. 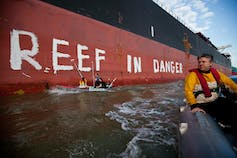 Environment activists engaged in a protest action to bring attention to the dangers facing the Great Barrier Reef. AAP

The outlook report maintains that the attributes of the Great Barrier Reef that led to its inscription as a world heritage area in 1981 are still intact, despite the loss of close to half of the corals in 2016 and 2017.

But by any rational assessment, the Great Barrier Reef is in danger. Most of the pressures on the reef are ongoing, and some are escalating – notably anthropogenic heating, also known as human-induced climate change.

And current efforts to protect the reef are demonstrably failing. For example despite an ongoing “control” program, outbreaks of the damaging crown-of-thorns starfish - triggered by poor water quality - have spread throughout the reef.

The federal government has recently argued that climate change should not form the basis for an in-danger listing, because rising emissions are not the responsibility of individual countries. The argument comes despite Australia having one of the highest per capita emissions rates in the world.

But as Australia’s greenhouse gas emissions continue to rise - an outcome supported by government policy - the continued downward trajectory of the Great Barrier Reef is inevitable.