For most of us, it is easy to pass judgement on others while finding it difficult to reflect on ourselves.

Diversity Arts Australia recently undertook a research project, Shifting the Balance, with the assistance of Western Sydney University and BYP Group. We investigated representation of culturally and/or linguistically diverse (CALD) Australians in leadership positions within our major arts, screen and cultural organisations.

The focus was on CALD rather than other measures because we wanted to reflect the Australian Human Rights Commission’s classification of cultural backgrounds. Where participants self-identified as First Nations people we recorded this data but we did not include it in this report (we aim to expand the focus in collaboration at a future date).

We began with an analysis of the publicly available biographical information about board chairs and members, CEOs, creative directors, senior executives and award panel judges from 200 major cultural organisations, awards and government bodies. These findings were then returned to these organisations to confirm or review the data.

We made it clear the information would be non-identifiable – our aim, after all, is to identify issues, not attack organisations.

It did not take long for some of our funders to call us about concerns that had been raised with them regarding our research. 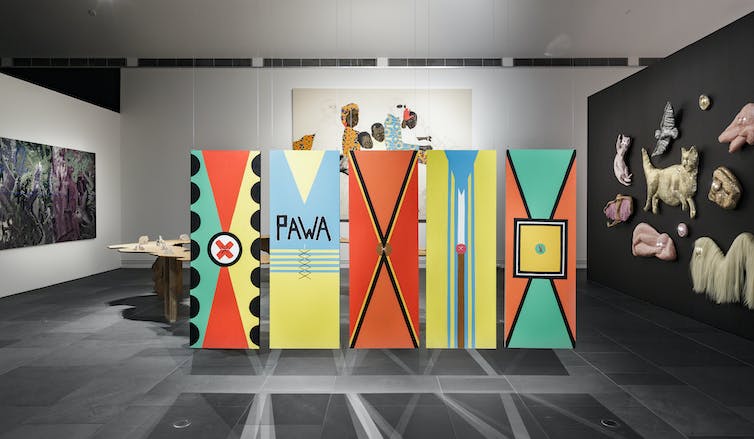 A number of organisations and individuals told us they would not participate. We were accused of not understanding the complexity of the organisations or, indeed, diversity.

One respondent explained to us that, because their spouse was ethnically Chinese, they did not see themselves as “Anglo-Australian”. Privately, I was even told by one potential funder that migrant populations did not prioritise “the arts” - so such research was a waste of time.

This sort of sensitivity demonstrates exactly why we need this research: many Australians are not aware of how far their misunderstanding of lack of diversity extends.

Despite such reactions, we made the decision to persist with the research. When organisations refused to participate, we thanked them for their consideration, removed them from our database and replaced them with alternative ones.

The findings were staggering. Despite public commitments to diversity, leaders, directors and board members of Australia’s major cultural bodies are overwhelmingly from non-migrant backgrounds.

Less than half of our nation’s museums, music and opera companies, screen organisations and theatre companies have any representatives from diverse cultural or linguistic heritage among their leadership teams.

Less than 10% of artistic directors come from culturally diverse backgrounds. 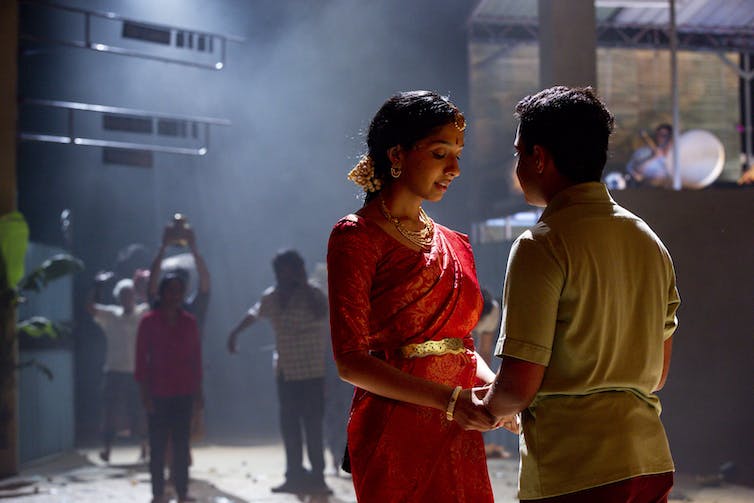 The literary and publishing industry had the highest CALD representation among leaders, 14%. This figure in theatre, dance and stage was just 5% – mirroring numbers found by the Australian Human Rights Commission when looking at the broader corporate sector.

Australia’s arts sector sees itself – and is seen by others – as progressive and inclusive. So understanding why it falls short in actual representation is complex.

England’s primary art funding body, Arts Council England, has released an annual diversity report since 2016. In the introduction to this year’s report, chair Nicholas Serota noted “in some respects there are improvements; in others we are still treading water”.

Writing on this for the Guardian, Clive Nwonka, a fellow at the London School of Economics, argued that:

A combination of industries placing economic interests over social interests, resistance and disinterest from stakeholders, and poorly conceptualised initiatives left diversity in the wilderness. […] The sector became littered with the corpses of failed diversity schemes.

While it is difficult to compare the experience of different nations, the response from our research shows similar resistance in some sections of the community.

A culture of resistance

Australia has a history of separating “ethnic art” from the mainstream arts community. Non-English language companies peaked in the late 1980s, with companies such as the Greek-language Filiki Players in Melbourne and the Italian-language Doppio Teatro in Adelaide.

Despite almost 50% of Australians having at least one parent born overseas, this separation between “mainstream” and “ethnic” art has continued.

Through many symposium and discussion forums, we confirmed many artists and creatives felt major organisations often saw diversity as the domain of minor organisations.

This bias is likely to be unconscious. Recognition of such bias within orchestras saw the introduction of “blind auditions”, which have increased the representation of female musicians in top orchestras from 5% in 1970 to over 30% today.

The arts are there to tell the stories that capture the rich tapestry of our nation – and to do this, we must seek out artists and artistic leaders that reflect this diversity. 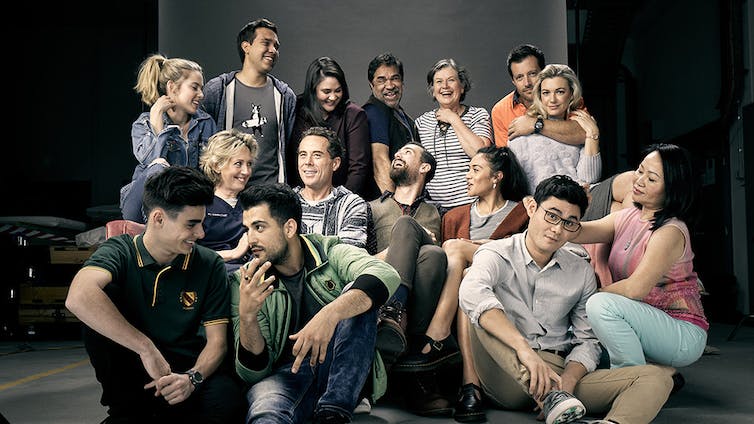 The cast of The Heights, a new Australian soap showing the diversity of Australia. Ben King/ABC

The cultural and screen sectors must set targets, design, and implement diversity inclusion plans. These should not be undertaken via a tick-the box-training session, but progressive and ongoing strategies that are embedded into the organisation.

We need strong arts policy (Australia doesn’t have a national arts policy at all) with diversity at its core.

As in the UK, funding bodies must tie funding to meeting minimum diversity targets, ensuring organisations reflect on what it means to tell an Australian story.

The arts act as a mirror to who we are. If the arts community simply reflects on Australia of a bygone era we fail to acknowledge our complexity, exclude most Australians and lack authenticity.

Finally, while 22 organisations refused to participate in our research, and many did not respond, we must remember 49% did send through their data - giving us the potential for an arts and screen community that really reflects Australia.