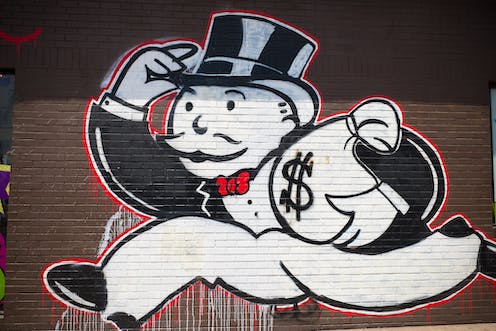 The possibility of blackouts affecting half of Victoria has attracted plenty of attention to a document once read only by industry insiders and policy wonks: the Electricity Statement of Opportunities.

The Statement, updated every year by the Australian Energy Market Operator...

The possibility of blackouts affecting half of Victoria has attracted plenty of attention to a document once read only by industry insiders and policy wonks: the Electricity Statement of Opportunities.

The Statement, updated every year by the Australian Energy Market Operator (AEMO), forecasts 10-year supply and demand in the main grids that serve the Australia’s south and eastern states.

But the chance of huge blackouts is just part of the Statement – and in fact it reveals a growing tension between the market operator and the bodies that oversee electricity regulations.

Read more: Explainer: power station 'trips' are normal, but blackouts are not

So, what does the latest Statement say? The good news is AEMO calculates the expected level of “unserved energy” – that is, demand that cannot be met by supply – is likely to be fairly low, which makes blackouts unlikely.

The bad news is AEMO thinks a standard based on “expected unserved energy” is a poor way to forecast keeping the lights on.

Instead, AEMO points to the unlikely events that nonetheless could have a significant impact on consumers and says we should frame reliability obligations around those.

In its analysis of these, AEMO finds it is possible (albeit unlikely) about half of Victoria’s households could lose supply in a single event in the coming year.

So, on the one hand AEMO expects the system will basically meet the current obligations for unserved energy, but it also says there is nonetheless the possibility half of Victoria’s homes could suffer outages because of shortfalls on the main power system.

Importantly, as AEMO’s obligation is to hit the expected unserved energy standard, not beat it, it is not authorised to take actions to mitigate these outside possibilities.

To really understand the issues here, we need to look back to last year. In 2018, AEMO sought to change Australia’s energy regulations so AEMO could buy as much reserve capacity as it decided was needed to reliably manage unlikely but possible severe failures.

It also asked for the authority to buy reserves for longer periods so that it could source reserves more cheaply.

The Australian Energy Market Commission (AEMC) that sets the rules rejected this application on the basis that the standards were already high enough – maybe even too high – and AEMO was unduly risk-averse (the political risk associated with power failures made it so). By implication, left to its own devices AEMO would look after itself, at customers’ expense.

Whatever the stated rationale, underlying AEMC’s rejection of AEMO’s application is the philosophy of the sanctity of the market: wherever possible, the market is to be protected from intervention.

From the regulator’s perspective, were it to have acceded to AEMO’s request to expand the volume of reserves AEMO bought outside the market, it would be buying reserves it did not need and allowing the price signals in the market to be further undermined.

But I would argue the regulator’s decision is better characterised as protecting the National Electricity Market’s monopoly for the exchange of wholesale electricity.

It may be acceptable to force transactions through a market if there is confidence in that market. But the evidence of market failure is abundant: wholesale prices in Victoria at record highs, rampant exercise of market power, reliability concerns that often make the front page, and in certain cases shortfalls in dispatchable capacity, storage and price-responsive demand.

In its Statement, AEMO signalled it will work with Victoria’s state government to explore ways they can work together to meet Victoria’s reliability needs, in spite of the AEMC’s decision.

This is a very significant development and I envisage it will presage similar bilateral arrangements between AEMO and other states.

AEMO is beginning to clear a log jam. There is a spirit of innovation and discovery in the air. This is something to welcome and it is not a moment too soon.