They are all television showrunners - not that you would know.

The showrunner is perhaps the most curious credit in the history of the small screen. A little like an imaginary number in mathematics, it doesn’t seem to exist yet plays a supremely important role.

But what exactly is a showrunner, and why don’t they get the credit they deserve?

A film director is essentially the creative head of a movie. They work for (and can be fired by) the producer, but are responsible for the overall vision of the film – even if that vision did not originate with them. The general public are mostly aware of “auteur directors” such as Wes Anderson, Tim Burton and Guillermo Del Toro, who have a distinct and consistent style across their complete body of work.

The screenwriter in film holds almost no power. Once they have delivered the screenplay they are essentially superfluous, unless they are hired to make minor changes during production.

These roles are reversed in television. The typical television director is often referred to as a gun-for-hire: they come in to direct an episode or a block of episodes and then move on to the next show. The people they work for are the writers. And the head writer is the showrunner.

In fact, the showrunner is much more than that. They are the auteur of series television: a writer-producer who has ultimate management and creative responsibility over the whole show, reporting only to the production company or studio.

A job of many moving parts

The hallowed role of showrunner requires someone with a counter-intuitive combination of skills. Someone who is in equal parts sensitive artist and hardened executive. They are responsible for hiring and firing cast and crew, developing plot lines, writing scripts, overseeing production budgets and mediating with networks.

Shonda Rhimes is one of today’s leading showrunners.

The one role showrunners do less than expected is direct.

The evolution of the showrunner mirrors the rise of the writer in television. As shows evolved and increased the complexity of their storytelling, so came the reliance on full-time staff writers as opposed to transient freelancers. The Mary Tyler Moore Show in the 70s has been cited as the first show to really hand power to the writers: in the quest to attract top talent, more and more creative control was handed over.

The showrunner model has been used in America for decades but only recently adopted by other countries. In the UK, the modern revival of Doctor Who, starting under showrunner Russell T Davies in 2005, is perhaps the highest profile example.

This irregular usage has traditionally been because of the difference in production scales. 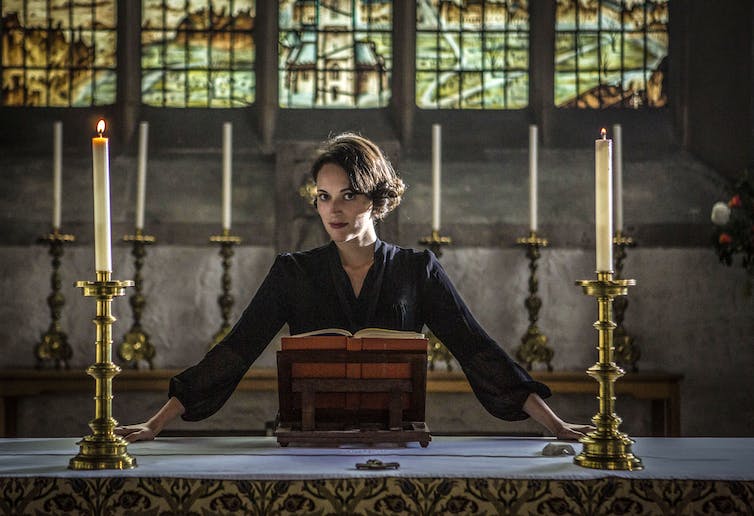 Phoebe Waller-Bridge on the set of Fleabag. BBC

While a US television series may run 22 episodes a year for many years, Australian and UK production has favoured shorter seasons. A season of six episodes can be wholly written by one writer, and singularity of tone is ensured.

It’s only recently that the role of the writer on these smaller productions, such as the original six-episode run of Fleabag, has expanded into the broader responsibilities of showrunner.

While the term showrunner has entered popular parlance it isn’t used in official credits. Rather, the showrunner is often credited with the catch-all ‘executive producer’.

If you watch any modern television show you’ll see there are usually at least half-a-dozen executive producers listed, with no indication as to who is the showrunner. This title encompasses everyone from the heads of production companies to financial executives to other members of the writers’ room. Writers, too, can have titles such as producer, co-producer, supervising producer, and more. 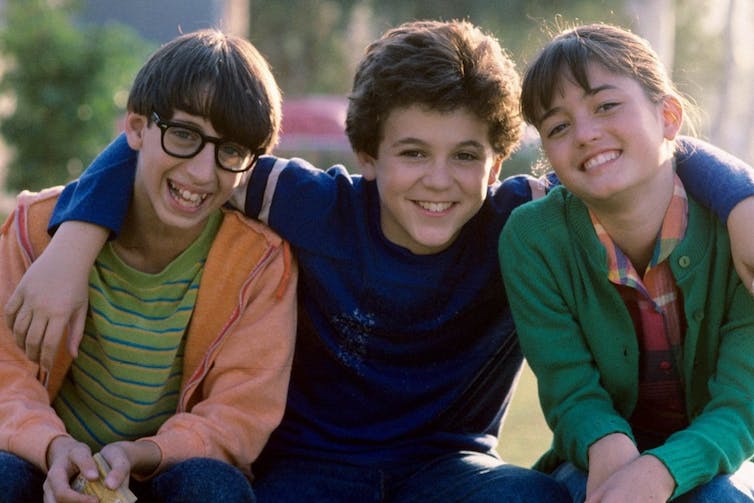 The Wonder Years: perhaps the source of the term showrunner. ABC

This confusion was the reason why the ‘showrunner’ term was invented.

While there is no verifiable date of when the term came into use, the first recorded use was in the Wall Street Journal in 1989, discussing Neal Marlens’ and Carol Black’s roles on The Wonder Years.

But why not credit the showrunner in the same way every other production role is credited? There’s no official nor satisfactory explanation. In 1995, introducing readers to the term in an article on ER, the New York Times simply blamed its omission on “complicated reasons having to do with economics, ego and history” and “a reluctance to give credit where credit is due.”

In the spotlight; off the screen

This obscurity is unlikely to change.

Although the Writers Guild of Canada established the Showrunner Award in 2007, there have been no murmurs of discontent from the top global showrunners in a position to put pressure on the studios, guilds and unions.

My bet is that showrunners may be reluctant to push for the credit for fear of falling foul of the on-going “possessory credit” controversy: should feature film directors take the “a film by” credit, instead of “directed by”? Screen productions are, by their nature, highly collaborative, and so many feel that the credit “a film by” reduces the contribution of other creative departments.

Showrunners have never been more in the spotlight, but for now, it will not extend to the screen on which they work.