Living with two preteens, I get almost daily requests to approve new apps. My standard response is to ask my kids to describe the app, why they want it, and how it makes money.

The last question is important, and not just to avoid to avoid in-app charges. Understanding the forces that drive the online economy is crucial for consumers, and increasingly citizens. All the new tools we access come at a cost even when they seem to be free.

How technology companies make money is a good question for digital media users of any age. It lies at the heart of the Australian Competition and Consumer Commission’s inquiry into the power and profits of Google and Facebook, the world’s two most ubiquitous digital platforms. 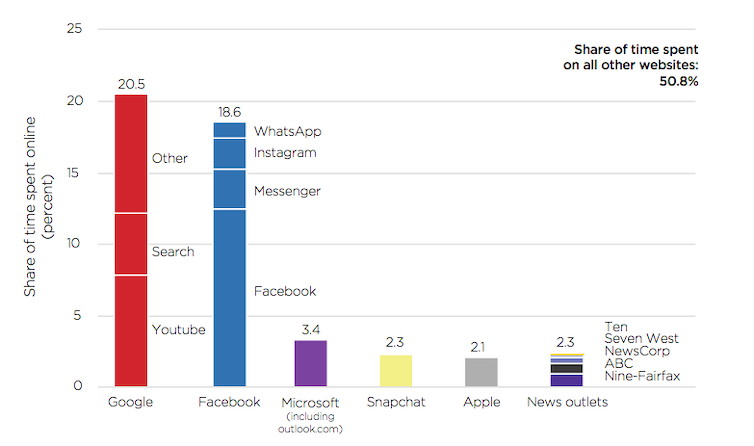 The competition watchdog’s job was to look at how online search engines, social media and digital content aggregators wield power in media and advertising, how that undermines the viability of traditional journalism (print in particular), and what can be done about it.

Its final report makes a swag of recommendations to limit these platforms’ market dominance and use of personal data.

Read more: What Australia's competition boss has in store for Google and Facebook

One example is requiring devices to offer consumers a choice of search engine and default browsers. Google now requires Android phones to pre-install Google apps. This feeds a “default bias” that contributes to it being used for 95% of Australian searches.

Another is reforming Australia’s privacy laws to address the digital environment. Platforms’ “take it or leave it” policies now give consumers little choice on having their data harvested.

But on the area of concern central to the inquiry’s establishment – the decline in journalism – the recommendations are relatively minor:

The reality is that there is little governments can do to reverse the technological disruption of the journalism business.

The internet has made stark that news organisations aren’t primarily in the journalism business. The stories they produce play an incomparable social role, but the business model is to deliver an audience to advertisers.

Social media and search give advertisers better tools to target messages to more precise groups of potential consumers. It is a phenomenally better mousetrap.

Traditional advertising is expensive and inefficient. An advertiser pays to reach a broad audience, most with no interest in what is being advertised.

Search allows advertisers to pay to reach people precisely when they are looking for something. Google knows what you are interested in, and serves up advertising accordingly. In the last quarter alone advertising in its properties (Search, Maps, Gmail, YouTube, Play Store and Shopping) made US$27.3 billion in revenue.

Social media platforms have a different model, but one no less damaging to the old newspaper business model. It’s a bit more like traditional mass media advertising, selling the attention of users to advertisers, but in a far more targeted way.

No regulation can fix this. As the competition watchdog’s report notes, Australian law does not prohibit a company from having substantial market power. Nor does it prohibit a company “from ‘out-competing’ its rivals by using superior skills and efficiency”.

No one – not even the tech companies – is necessarily to blame for the technological innovation that has disrupted traditional news organisations.

To see that, as with my kids understanding how their apps make money, it’s just a case of following the money.