As China solidifies its new status as superpower, we’re launching a series looking at what this means for the world – how China maintains its power, how it wields its power and how its power might be threatened.

Chinese leader Xi Jinping took power as head of the Chinese Communist Party – the most important position in China – in late 2012. Today, nearly seven years on, he is one of the most recognisable figures on the world stage.

Yet, while he already commands the destiny of some 1.4 billion Chinese people, and seeks to shape, in his words, “a common future for mankind”, he remains an enigmatic leader.

In a short period of time, Xi has concentrated power to himself and established a remarkably influential role, nearly unprecedented among Chinese leaders since 1949.

Yet, while he is certainly powerful, he is also vulnerable. He faces massive challenges on the grandest of scales: a simmering trade war with the US, slowing economic growth, increasing concern among China’s neighbours about his more assertive use of the country’s economic and military might.

Given these enormous internal and external challenges, the biggest question for Xi is how he will maintain his absolute grip on power and legitimacy in the eyes of the Chinese people.

He has promised them a better life in a stronger and more prosperous China. And he has gone a long way to deliver on those promises. But many challenges loom ahead.

From princeling to party leader

This year, the People’s Republic of China turns 70. And Xi, its paramount leader, turned 66 last month. No other Chinese leader’s life so closely parallels the life of the PRC – and that explains a lot about Xi’s mindset and his ambitions for China.

As the son of a vice premier and revolutionary hero, Xi was born into great privilege in June 1953. He was considered a “princeling”, the term for the children of the country’s most powerful elites. In his youth, he attended the August 1st School for the children of high-ranking cadres in Beijing and spent time inside the walls of Zhongnanhai, the seat of Communist Party power. He was destined for leadership. 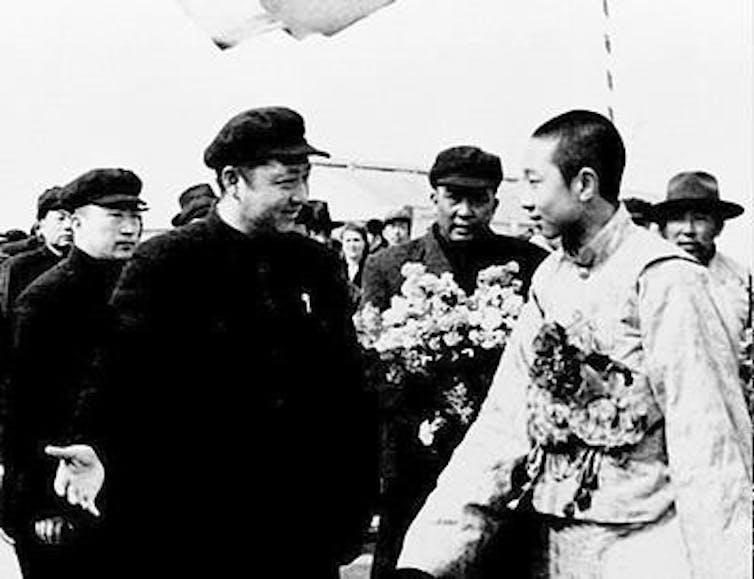 All of this came crashing down in 1962 when Mao Zedong purged Xi’s father from the party, accusing him of harbouring dangerous “rightist” views. 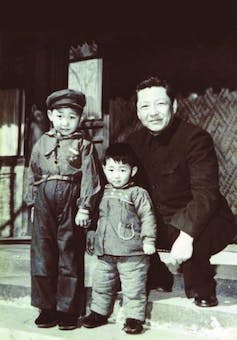 When the Cultural Revolution descended on China in the late 1960s, the younger Xi was sent to the countryside. He spent seven formative years – from age 15 to 22 – in rural Shaanxi province, working with the local peasantry.

By 1979, when Deng Xiaoping launched China on its historic reform drive, Xi embarked on his own fast track to the top. Over the next 30 years, he ascended through party and government ranks, serving in increasingly senior postings, mostly in the rapidly growing eastern provinces of China.

In early 2007, he became the party chief of Shanghai, but was only in that post for seven months before he was elevated to the Politburo Standing Committee, making him one of the nine most powerful men in China. Five years later, he was installed as general secretary of the Chinese Communist Party and, the following year, became China’s president.

In those 60 years, Xi experienced China’s own coming of age, from its early struggles with nation-building, to the depths of Maoist excess, to its spectacular rise to great power status.

This life experience has made him what he is today: a confident risk-taker who remains insistent on the communist party’s indispensable role in the country’s success and tenaciously focused on achieving China’s expansive national ambitions.

Once in power, Xi moved to solidify his position. He saw weakness at the heart of the party, owing to lax ideological discipline and pervasive corruption. And so he launched attacks on both.

Much of his early popularity among the Chinese public came from his high-profile anti-corruption drive targeting the country’s elites. This campaign not only sent fear across ranks of the party and the People’s Liberation Army (PLA), it also helped Xi remove rivals and roadblocks to his grand plans for national revival.

Xi’s supporters also made powerful use of the party’s propaganda machinery to create an aura of wisdom and benevolence around Xi – one not seen since the days of the “Great Helmsman”, Chairman Mao.

And Xi set out visionary goals centred around the “Chinese Dream” and the “great rejuvenation of the Chinese nation”, which tapped into a deep reservoir of national pride and further solidified his popularity.

By 2015, he was able to launch a massive reorganisation of the PLA to transform it from a bloated, corrupt, untested and inward-looking military to one far more capable of projecting China’s power abroad and far more loyal to Xi and the party. 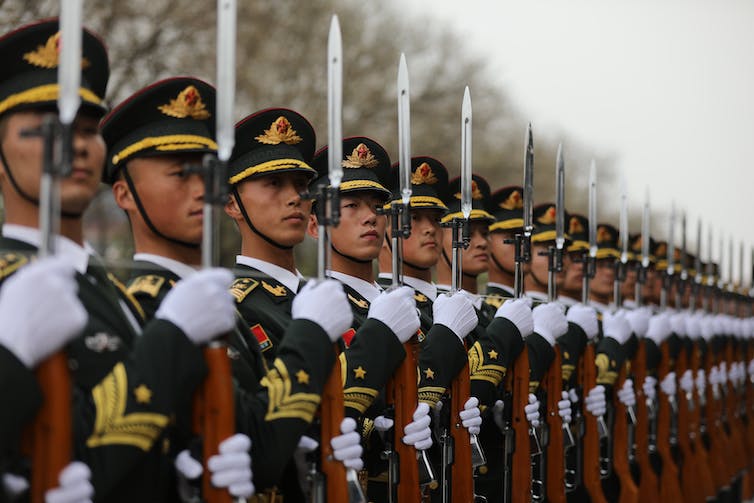 At the same time, he has also overseen the most sweeping crackdown on dissent since the Tiananmen protests in 1989, introducing all manner of surveillance, censorship, and other intrusions into people’s lives to ensure order and obedience to the party’s authority.

He also centralised decision-making authority ever closer to himself, eclipsing the authority of Premier Li Keqiang. Xi is now in charge of nearly all the key bodies overseeing economic reform, foreign affairs, internal security, innovation and technology, and more.

And, just to be sure everyone understands who is boss, Xi orchestrated the inclusion of “Xi Jinping Thought” into the party’s constitution to guide the country into a “new era” of national rejuvenation. He also saw to the removal of term limits on his presidency, in effect allowing him to stay in power for life.

Xi has been equally bold as a leader on the international stage, setting out an extremely ambitious foreign policy agenda.

His record includes launching the Asian Infrastructure Investment Bank, asserting Chinese claims in the South China Sea via massive land reclamation projects and an expanding military footprint, and, boldest of all, the Belt and Road Initiative, a geopolitical play connecting China through trade, investment and infrastructure across Eurasia and beyond. 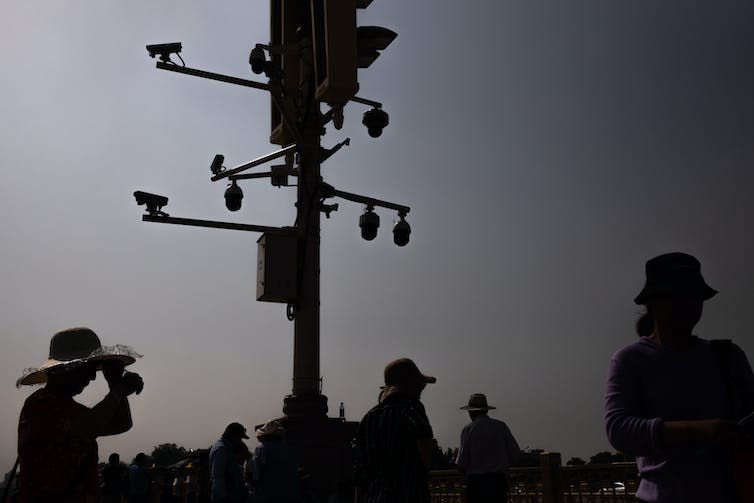 Under Xi’s watch, China has greatly expanded surveillance over its citizens. Roman Pilipey/EPA

Xi who must be obeyed?

It would seem Xi has had a remarkable run. But, strangely, his actions make it appear otherwise. A quick checklist of Xi’s moves in the past seven years suggests an increasingly nervous leader:

He surely has much to worry about. His reforms and crackdowns have created many enemies and much disgruntlement, especially among elites. Income disparity has grown as wealth has become concentrated in fewer hands. The pace of China’s economic growth is slowing. Localised unrest is common.

Analysts say much bolder economic reform is needed to avoid the stagnation of the “middle income trap.” China is also facing a perilous demographic future as the population ages and people have fewer children. And Xi’s ambitions at home and abroad are increasingly being met with push-back – not least from the United States – leading some in China to question whether he has over-reached. 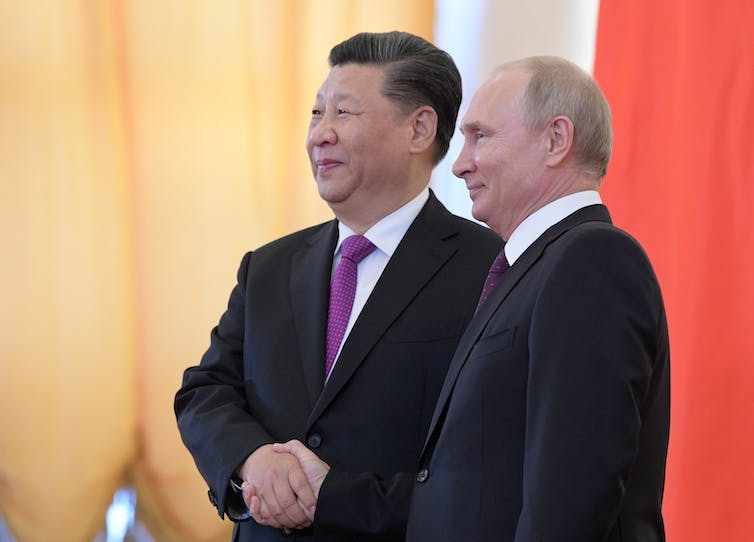 But the biggest challenge is how to continue maintaining economic growth and social stability without losing the party’s absolute political control. It’s the same challenge every Chinese leader since Deng has faced.

Embarking on political and economic reforms would help ensure a more prosperous, stable and just future for the country. But doing so would surely undercut the one-party rule of the communist party.

On the other hand, foregoing these changes in favour of tighter control risks future stagnation and possibly instability.

Read more: Rewriting history in the People’s Republic of Amnesia and beyond

Xi has chosen to double-down on the latter course. He clearly sees the party’s extensive system of ideology, propaganda, surveillance and control as absolutely necessary to achieving the Chinese Dream – the country’s re-emergence as a powerful, wealthy and respected great power.

From this perspective, we will likely see a continued tightening of the party’s grip on power for as long as Xi is in charge, which could well last into the late-2020s or beyond.

Whether or not the outside world ultimately respects Xi’s autocratic approach to power and leadership, he is convinced it is best for China and, by extension, benefits the world.