Early in Tom Lee’s debut novel, Coach Fitz, the narrator declares his intention to pay for an intensive program of training as a runner by saving money. He proposes to take on several menial jobs – window washing, school playground supervision, cocktail bartending – but also to adopt personal austerity, which includes “fulfilling the long-held dream of living in my car, an early model maroon Honda Odyssey”.

This is just one example of the book’s humour, a technique that is a vital aspect of its intriguing, multilayered appeal. This humour is much more than a device: it is an intrinsic part of a narrative that seeks to disrupt conventions of the novel by inverting reader expectations of the form.

At the same time, however, its anti-hero narrator, Tom, is cast in the mould of time-honoured tradition: Tom is an awkward everyman, a naïve Don Quixote, a digressive Tristam Shandy. 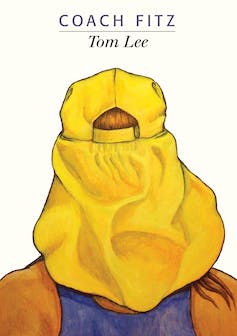 Giramondo The story is a simple one: Tom has returned to Sydney after some time away – which has involved a failed relationship – and decides to focus solely on improving his physical fitness. This is matched with a desire to strip down his life, as well as open it up: at the same time that Tom is living in his car and using outdoor beach showers, he is traversing and exploring the Sydney terrain, and absorbing lessons from his new coach on architecture, philosophy, the environment, and psychology, particularly tht of young males. There is perhaps no immediate comic effect of the line about Tom living in his Honda, but the fact is the more I re-read it the funnier it seems. It is typical of the humour that ripples through every page: measured, grave, almost sober. This humour relies entirely on the personality and thus voice of the narrator, and yet this narrator at first glance is far from comical: indeed, his voice is fussy, pedantic, and endlessly self-regarding. It is not surprising to learn that two authors for whom voice is paramount have influenced this novel: W. G. Sebald, in particular his 1995 novel The Rings of Saturn, and closer to home the fictions or “reports” of Gerald Murnane, such as Barley Patch. Comedy is possibly not the first quality that springs to a reader’s mind when considering these two authors either, however in both Sebald and Murnane we also hear voices of pedantic precision and obsessive reflection that at times strike comic notes. Like Tom, the narrators of these texts seem entirely unaware of the humour of their utterances. For instance, in Murnane’s 1982 novel, The Plains, the narrator at one point confides in great detail to the reader his plans for seducing his patron and host’s wife, but without any apparent understanding of how preposterous these plans are. Read more: The case for Gerald Murnane's The Plains 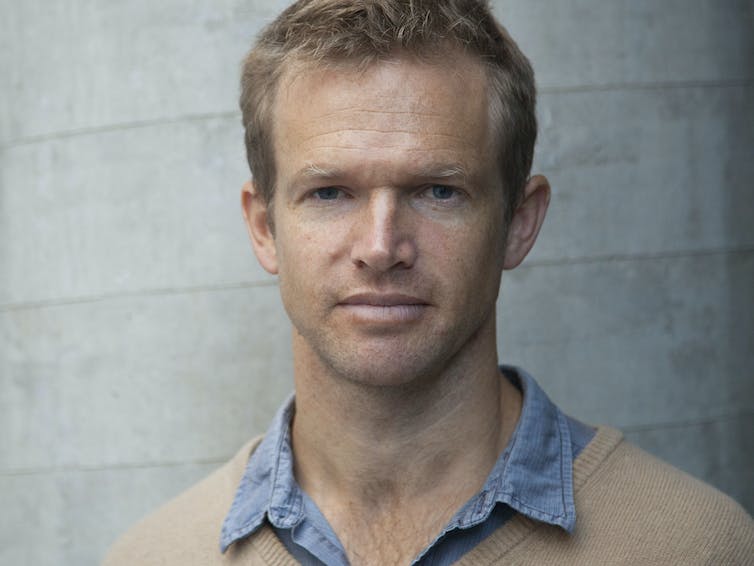 Coach Fitz author Tom Lee has been influenced by authors Gerald Murnane and WG Sebald, for whom voice is paramount. Aaron Seymour To claim that comedy is not content-driven, but relies entirely on voice, is of course hardly new: voice is also essential for any stand-up comedian, however this is expected – it’s the object of a comic routine. The narrative of Coach Fitz is not a routine, and the comedy is part of the journey, not the destination. Although there is this innocence, or lack of self-consciousness, paradoxically, the narrator is also consciously considering every aspect of his existence. Nothing is left unexamined in his pared-back running and training life: sourdough bread, outdoor exercise gyms, internet cafes, muscle tone, horse racing, domestic architecture, urban native vegetation, the Six Foot Track in NSW, and the eccentric eponymous coach herself, an endless source of scrutiny who eludes ultimate comprehension. Context is also vital in this comic effect. It is possible to open the novel almost at random and extract a sentence that chimes harmoniously and delivers this measured, sober comedy, but I suspect if I were to select another line as I have above, it would not sound funny out of context. The narrator is profoundly contradictory. He is pompous but his earnestness makes that forgivable. He is well-informed, indeed over-informed, passing on to the reader his knowledge of everything from topography and birdwatching, to the best breakfast to be found in the eastern suburbs’ cafes, and yet knowledge does not necessarily deliver understanding. For example, Tom is unable to anticipate or deal with the main crisis thrust upon him when Coach Fitz makes a drunken lecherous move on him. Indeed, for all this knowledge, Tom remains an innocent. Having cast off Coach Fitz he decides to become a trainer himself, and selects as his first pupil the brother of the woman he hopes to get back together with: the reader can see how that will go down a mile off, but he cannot. Lee’s narrator strikes the reader as someone with whom you would happily spend a day with, exploring an urban track before sharing a picnic of bread, cheese, figs and olives, but whose singular charm would wear thin soon enough. Despite that I yearn to hear this voice again.