The Australian Aboriginal and Torres Strait Islander population is ageing at a much faster rate than the non-Indigenous population.

There remains a life expectancy gap of around ten years between the Aboriginal population and the non-Indigenous population.

The poor Aboriginal health status when compared with the majority population reflects the persisting social, emotional and physical disadvantage experienced by the Aboriginal population. All of these factors relate to the long-term effects of intergenerational trauma.

Read more: Why Aboriginal voices need to be front and centre in the disability Royal Commission

This week, the Royal Commission into Aged Care Quality and Safety has turned its attention to aged care in remote areas. Hearings in Broome are looking at issues of access and inclusion, and the unique care needs of Aboriginal Australians.

Most Aboriginal Australians live in cities

Remote communities face specific challenges related to their geographic isolation, such as limited workforce and sparsity of services. But where cultural values and community preferences often go unrecognised, living in an urban location doesn’t necessarily mean better access to services for Aboriginal people.

So it’s important when we’re thinking about older Aboriginal Australians, we don’t only consider those living in remote settings.

My Aged Care is the portal designed for older Australians to access aged care services including home care and residential aged care. But this in itself – a relatively impersonal and highly bureaucratic system – forms a major access barrier to older Aboriginal peoples’ information gathering and decision making.

Further, while the system focuses on the individual and prioritises the privacy of the client, Aboriginal people are likely to perceive this approach as hostile to family involvement in their care. 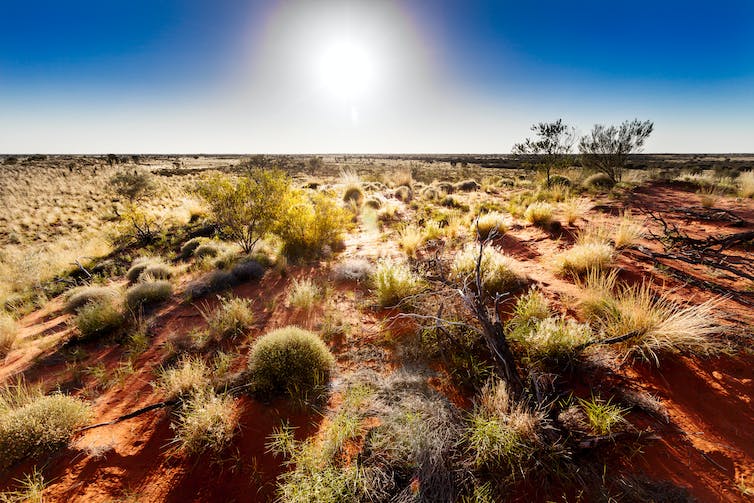 It’s only the minority of Aboriginal people who live in remote communities. From shutterstock.com

The My Aged Care process must recognise that Aboriginal aged care involves extended families and communities. In fact, most Australian aged care is carried out by families, and aged care services primarily support family carers.

Policymakers must act urgently to facilitate access by less educated or cognitively impaired older people in general, and by Aboriginal aged and their family carers in particular. If they can’t navigate the services available to them, it’s not a promising starting point.

The ‘older’ old and the importance of culturally secure care

The number of Aboriginal Australians aged 75 years or older – the “older old” – is rising rapidly in remote, regional and urban areas.

In this group, the need for community or residential care in Aboriginal communities is often determined by cognitive decline and subsequent dementia. In these circumstances, family support is essential.

The aged care needs of the “older old” are currently met by community support within the local area, and by high levels of extended family support, including Indigenous cultural constructions of the role of aunts and uncles, elders and children.

These concepts don’t necessarily align with the non-Indigenous emphasis on individualised care and privacy.

Aboriginal people are often reluctant to engage with mainstream service providers based on past negative experiences including perceived inconsistent, unreliable or culturally insensitive service provision.

We’ve heard in the Commission that Torres Strait Islander nursing home residents are being denied access to their traditional foods in care.

And as we’ve heard during this week’s hearings, ageing on Country is felt to be important for culturally appropriate aged care for many Aboriginal people living in remote areas.

Aboriginal access to person centred care requires its delivery in an Aboriginal framework of family and community involvement, and ideally through Aboriginal community controlled services.

Read more: Aboriginal Australians want care after brain injury. But it must consider their cultural needs

Aboriginal Australians are well served by their local communities and by the 143 Aboriginal Controlled Community Health Organisations across remote regional and urban settings.

These health services have unique cultural competency, but not yet the capacity, to navigate at risk, disadvantaged, older Aboriginal people through the fractured Australian aged care system. They are the future agents of choice to provide the bulk of acceptable Aboriginal aged care assessment and services.