An Australian company’s application to mine a fossil-rich site in the south of New Zealand has been met with fierce criticism and a campaign to protect it in perpetuity.

Foulden Maar, near Dunedin, is arguably the most important terrestrial fossil site in New Zealand. It comprises a complete ecosystem. This makes it one of the most important sites from the Miocene in the southern hemisphere and comparable to the famous, UNESCO-protected Messel Pit in Germany.

A maar is a small deep volcanic crater lake. Foulden Maar formed 23 million years ago after an explosive eruption . It contains tens of thousands of exquisitely preserved fossils of plants and animals, all of which represent extinct biodiversity.

The fossils are preserved between layers of diatomite, itself the fossilised microscopic remains of siliceous aquatic algae called diatoms. Plaman Resources, a majority Malaysian-owned subsidiary of Australian company Plaman Gobal, has applied to create an open pit mine to extract the diatomite, trademarked as ‘black pearl’, to turn it into pig and poultry feed.

This would be like mining volcanic ash at Pompeii for pig food. 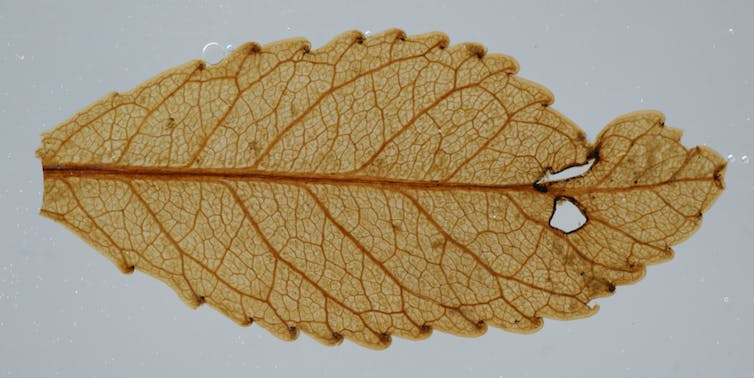 The protests by the science community and the public were sparked in April by a leaked report by investment banker Goldman Sachs, which said that:

… an appeal … is likely to come from a small number of local residents, who are not well resourced.

The Save Foulden Maar petition has since reached almost 10,000 signatures. Some big names are supporting it, including New Zealand’s former prime minister Helen Clark.

The economic case put forward by Plaman Resources in its application to the Overseas Investment Office has been heavily criticised and described as unjustifiable vandalism. New Zealand and international scientists have challenged the scientific case for ‘black pearl’ as a food additive for stock.

Public and scientific opinion has since changed the Dunedin City Council’s position. At first, the council supported the mine, but it has now promised to protect Foulden Maar for scientific research and educational purposes. The University of Otago has also called for the site’s protection. Both institutions have now formalised their opposition through submissions to the Overseas Investment Office.

Meanwhile, Plaman Resources tried to shore up support by offering monetary inducements to the University of Otago if it dropped its opposition to the mine. The company also proposed a swap between Foulden Maar and the 15-million-year-old Hindon Maar fossil deposits. The latter has no diatomite deposits that are economically viable for Plaman, but for palaeontologists this would be like having to choose between the pyramids of Giza or the Sistine Chapel.

Read more: We must rip up our environmental laws to address the extinction crisis

Until recently, Foulden Maar was known mostly to the scientific community, but had no public profile to ensure ongoing access to the site.

The maar crater formed 23 million years ago, filled with a small hydrologically closed lake that gradually filled in and preserved an entire subtropical rainforest ecosystem that once flourished there. It links New Zealand to what was occurring at the time in New Caledonia, Australia, and even South America.

The site is about a kilometre wide and nearly 200 metres deep. It contains fossils of plants and animals that lived in the lake and surrounding rainforest, including the world’s oldest galaxiid fish (whitebait) and scale insects on leaves. Of the tens of thousands of exquisitely preserved fossils, only 30 have been described so far by the international team working at the site.

Research at the northern hemisphere equivalent, the Messel Pit, has been ongoing for over a century and shows no signs of slowing down. There are hundreds of new species yet to be described at Foulden Maar. Each fossil must be painstakingly separated from its diatomite tomb and preserved, a process that can take around a week per fossil. Bringing this lost world to life is incompatible with the Plaman Resources proposal for a 24/7 operation. 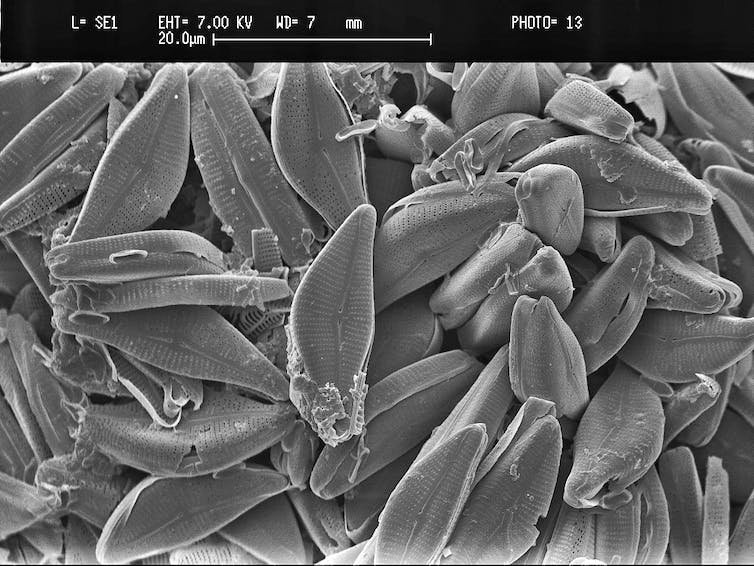 There is more to Foulden Maar than the fossils. At its deepest point, it preserves a unique climate record covering 120,000 years. It is the only site in the southern hemisphere with a climate record that shows annual resolution of this kind and shows links between the tropics and Antarctica 23 million years ago.

Data from the site are being used in predictive global climate models. There is no way in which the full thickness of the maar lake could be preserved for ongoing climate research if the mining proposal went ahead.

Foulden Maar needs legal protection from mining in perpetuity, whether through changes under the Resource Management Act, the Dunedin City Council District Plan, or the Reserves Act. One possibility would be to designate the site as as an Outstanding Natural Feature.

Ideally, Foulden Maar could link in with the Waitaki Whitestone Geopark, which will soon be proposed as New Zealand’s first UNESCO Global Geopark, promoting scientific research and fossil tourism. This proposal, championed by Helen Clark, includes over 40 geological sites, including a goldfield of international scientific importance at Nenthorn, just north of Foulden Maar.

Our fight to protect Foulden Maar will no doubt continue. Plaman Resources has indicated it will appeal any decisions to protect the site. The company has also threatened to mine the section it already owns if it doesn’t get approval to buy a neighbouring farm to make its operation economically viable.

Misconceptions remain, such as Dunedin city councillor Lee Vandervis’s comment that the “climate change record of the time is less significant than the fossils and … people could already research the climate at different periods in time on the internet”. This is like saying we don’t need cows to produce milk as we can buy it from a dairy.

It is nearly 50 years since concerned New Zealanders joined forces to stop an aluminium smelter being built at Aramoana at the head of Otago Harbour. Foulden Maar is our generation’s Aramoana.

In the best interests of the fossils, the locals and scientific research, Plaman Resources should walk away from this. Mining is littered with bad investments. Write this off as one of those.