It’s a simple enough equation: good soil is the key to good food. And good soil starts with trees.

Alexander the Great conquered a vast empire that extended from Greece all the way to India. However, his ancestors’ fortune was a mixed bag. A new series of studies show the ancient Macedonians may have been struck by one of the earliest environmental disasters linked to human activity.

Ancient sediment records sealed in lakes for thousands of years reveals how logging may have affected erosion, which ultimately destroyed the capacity of the ancient Macedonians to grow food.

Read more: Soil is the key to our planet's history (and future)

More trees, on the other hand, appears to have made soil erosion less susceptible to climate change. The lessons for modern people – and our future prosperity – are clear.

Soil is a kingmaker

Something wonderful happens when rocks, formed in the guts of the Earth, come into contact with air and water: they break down into clays (and other things) to form soils. Because of their ability to store water and nutrients, soils are the food basket of land plants and all the animals that feed on them, including us.

Preserving soil has been the key for success to all past civilisations. Those who lost it would rapidly be precipitated into oblivion. This happened everywhere: the Middle East, Greece, Rome and Mesamerica.

Preserving our soil should therefore be at the centre of our concerns (although it rarely gets a look-in on the nightly news).

Erosion isn’t just a problem because the land loses soil. This soil enters waterways, increasing the sediment load of rivers. This high sediment load harms freshwater and coastal ecosystems, including fish population and, ultimately, us. We therefore need to better understand how climate change and humans shape soil erosion. 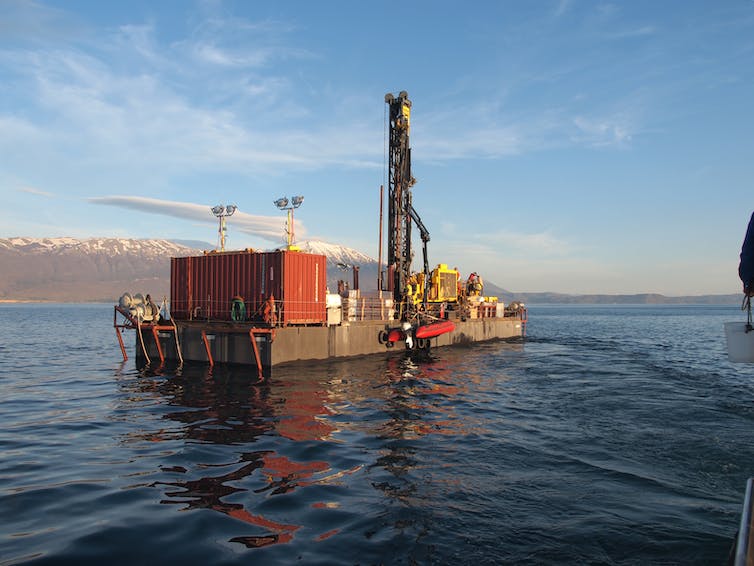 The chemistry of sediments deposited on lake’s bottom records how the environment changed over hundreds and thousands of years. Recently, we have studied sediments from Lake Dojran, straddling the border between Northern Macedonia and Greece. We looked at the past 12,000 years of sediment archive and found about 3,500 years ago, a massive erosion event happened.

Pollen trapped in the lake’s sediment suggests this is linked to deforestation and the introduction of agriculture in the region. Macedonian timber was highly praised for ship building at the time, which could explain the extent of deforestation.

A massive erosion event would have catastrophic consequences for agriculture and pasture. Interestingly, this event is followed by the onset of the so-called Greek “Dark Ages” (3,100 to 2,850 years ago) and the demise of the highly sophisticated Bronze Age Mycenaean civilisation.

Further to the west, at the crossroads between Albania and Norther Macedonia, Lake Ohrid holds a much longer storyline: an international scientific drilling program is uncovering the past million year of climate and environmental stories locked in Lake Ohrid sediments.

We recently looked at Lake Ohrid on a more modest time scale, similar to the Lake Dojran project: the past 16,000 years.

At Lake Ohrid, there are also signs of increased soil erosion around 4,000 years ago. These results are consistent with previous suggestions of a human role on soil erosion at other lakes in Greece.

Overall, there are clear signs that deforestation and the development of agriculture precedes the Greek “Dark Ages”. While the causal link cannot be established with certainty, this timeline could represent the first negative feedback loop where humans depleted environmental resources, which in turn harmed communities. 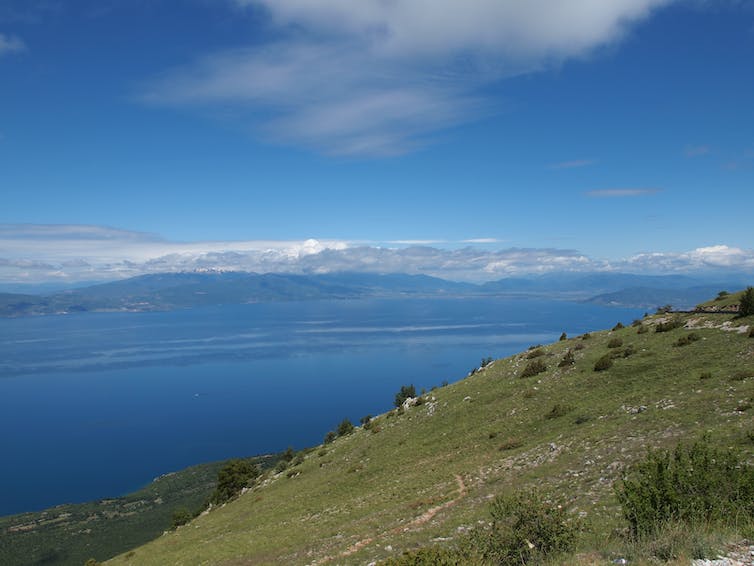 Lake Ohrid tells us another interesting story: until 8,000 years ago, soil erosion was closely following climate change. During dry and cold periods, erosion was shallow, probably as a consequence of dry conditions; while during warmer periods, higher levels of erosion delivered more sediment to the lake.

Around 8,000 years ago, something interesting happens: trees become the dominant type of vegetation cover. While trees were already abundant in previous warm periods (and less during cold periods), from 8,000 years ago onwards, they overwhelm the type of pollen that fell into the lake and became trapped in the sediment.

We already knew that trees, thanks to their deep roots, help stabilise soil and prevent its loss; what we learn here is that over a certain threshold of tree cover, they also make soil erosion much less sensitive to climate change.

Lake Ohrid provides us with an important lesson, especially as we are increasingly concerned with how our soil and water resources will be affected by global warming. If we want to preserve our soils and rivers (and feed our communities) we need to ensure that enough of our landscape is covered with trees.

Planting trees and forest management should not be a concern for nature enthusiasts only, but for all us – regardless of political inclination – who enjoy eating. Understanding the past is not simply about learning from our ancestors’ mistakes so we do not repeat them, but freeing ourselves from their grip so new paths unfold ahead of us.