Thanks for a great question, Temi. This is something I get asked a lot.

The short answer is that humans are evolving right now and will continue to do so even if we don’t notice it. This might sound a bit far-fetched, so let me explain what I mean.

Biologists who study evolution do so by examining evidence on two scales. The first scale is what we call macroevolution (“macro” means big). These are the big changes we see in the fossil record. They happen over long periods like hundreds of thousands, millions, or even tens of millions of years.

Think, for example, about the evolution of flowering plants or the appearance of mammals, both of which happened before 150 million years ago.

Or a bit closer to home, think of the evolution of our own biological group, the two-footed apes or hominins about 8 million years ago. Or of our species, Homo sapiens, which appeared in Africa more than 300,000 years ago.

I think this is the kind of evolution you have in mind. Most people think that evolution can only really be seen on this macro scale. Big changes like the evolution of two-footed walking or large human brains are examples of macroevolution. 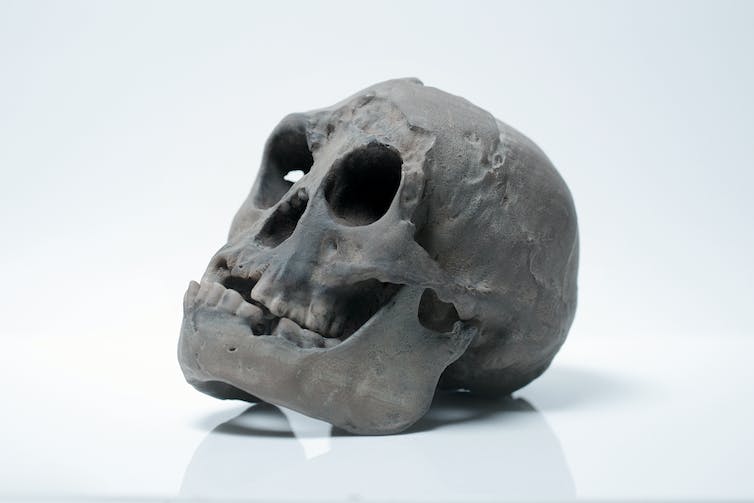 Understanding our evolution can tell us a lot about the health challenges we face today. AAP/UNIVERSITY OF WOLLONGONG

The other kind or evolution, which is not so obvious, happens on a very small scale. Scientists call it microevolution (“micro” means small).

These tiny changes have to do with genes and while they may not result in a new species forming, they can have big implications for the people involved.

One way this happens is completely at random, because of the way genes shuffle about when a new baby is made. Geneticists have found that with every new generation – say you and your friends – the makeup of your genes as a group will be a little bit different to your parents and their friends.

Geneticists call this “random genetic drift” and it can be very strong in small populations of people leading to rapid changes over short periods.

How we live and what we eat

Sometimes, the environment in which a group of people lives can led to changes in the gene pool of this community. And those changed genes can get passed on to the next generation.

A really powerful example is when people first began farming wheat, maize (corn) or rice many thousands of years ago. Because of that change, humans started to eat lot more starchy foods.

This led to some big physiological changes because some of these first farmers weren’t really able to digest large amounts of starch.

Over a short period of time — a couple of thousand years or even less — a gene that helped them digest starch (the amylase gene) became much more common in early farming communities. 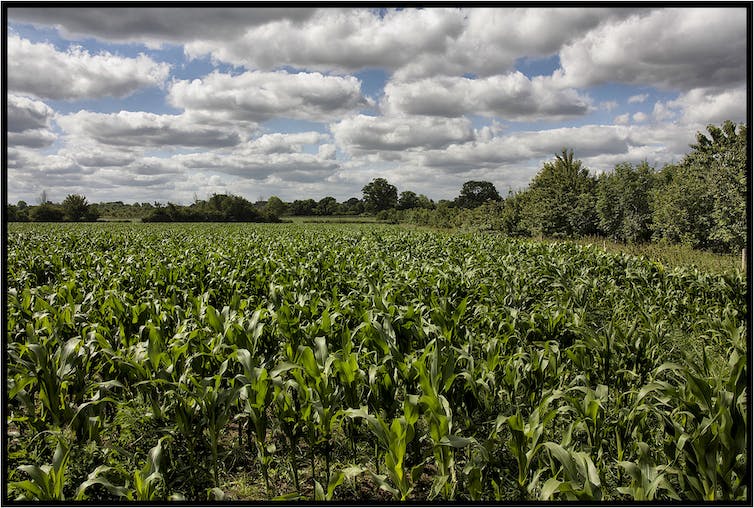 When humans started farming maize (corn), that influenced the way we evolved. Flickr/Pat Dalton..., CC BY

Another example involves the gene that produces an enzyme called lactase, which allows adults to digest milk and other dairy products. If your ancestors drank a lot of milk, chances are you inherited that gene. Other people may have dairy intolerance because their ancestors didn’t drink as much milk.

So, as you you can see human evolution hasn’t really stopped. And understanding our evolution can tell us a lot about the health challenges we face today.

It might even help us to understand where we could be headed as humans shift the climate globally, perhaps even changing the future course of our evolution.