Prime Minister Scott Morrison began his victory speech on Saturday with the words, “I have always believed in miracles”. This was no mere hyperbole. Morrison appeared to be declaring his belief that God had actively intervened in the political process to bring about his re-election.

Morrison’s Pentecostal Christian faith is at the centre of his understanding of political life. He invited cameras to film him while worshipping at his church, Horizon, in southern Sydney. And in his maiden speech to Parliament in 2008, he described Pentecostal Hillsong Church leader Brian Houston as his “mentor” and himself as standing for “the immutable truths and principles of the Christian faith”.

In Morrison, the marketing man joins the evangelical preacher. When he tells his listeners, “I will burn for you”, this references the Biblical text, “Never let the fire in your heart go out,” (Romans 12.11). And, if he stays true to his church’s Pentecostal doctrine, he presumably believes in a personal Devil “who, by his influence, brought about the downfall of man”.

What then, are the key aspects of Pentecostal belief that will likely shape Morrison’s actions as a re-elected Prime Minister commanding huge authority in his party?

Morrison’s Horizon Church is part of the broader Pentecostal movement that emerged in the United States in the early 20th century. That miracles happen is a central tenet of Pentecostalism. As a religion, it sees itself as re-creating the gifts of the Spirit experienced by the earliest Christian worshippers. Along with the working of miracles, these included speaking in tongues and healings. They remain central features of Pentecostal belief and worship today.

Morrison’s mention of an election miracle coheres with the Pentecostal belief in the divine providence. Put simply, this is the belief that, in spite of the apparent chaos in the world, as the old song puts it, “He’s got the whole world in his hands”.

According to Pentecostal theology, all of history – and the future – is in the control of God; from creation, to the Fall of humanity in the Garden of Eden, to the redemption of all in the crucifixion and resurrection of Jesus Christ. In turn, this will lead to the second coming of Christ, the end of the world and the final judgement.

This is why further action on reducing carbon emissions to counter the environmental damage wrought by climate change may have little intellectual purchase with the PM. If the end of the world through climate change is part of God’s providential plan, there is precious little that we need to or can do about it. 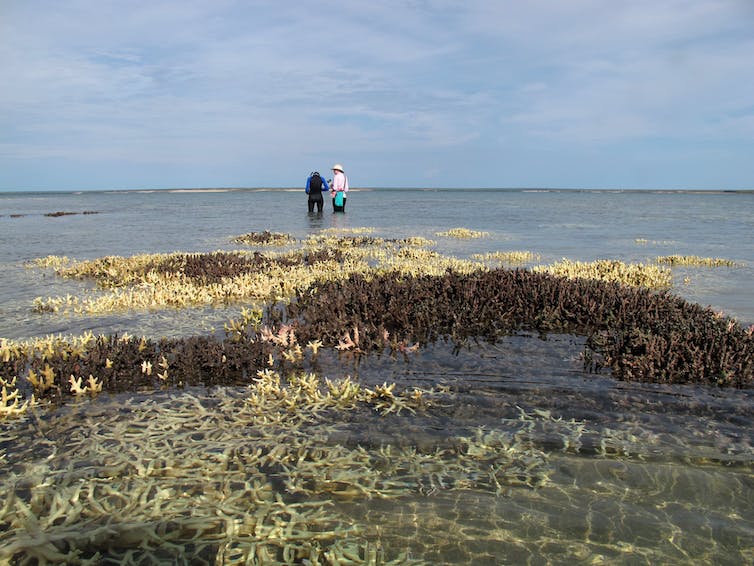 Coral bleaching in the Kimberley region in 2017. If climate change is part of God’s plan, there is precious little we need do about it. University of Western Australia

In keeping with his theology, Morrison appears to see himself as chosen by God to lead us all towards his understanding of the promised land, which as we know means, “If you have a go, you get a go”.

This “have a go” philosophy sits squarely within Pentecostal prosperity theology. This is the view that belief in God leads to material wealth. Salvation too has a connection to material wealth – “Jesus saves those who save”. So the godly become wealthy and the wealthy are godly. And, unfortunately, the ungodly become poor and the poor are ungodly.

This theology aligns perfectly with the neo-liberal economic views espoused by Morrison. The consequence is that it becomes a God-given task to liberate people from reliance on the welfare state.

So there is no sense in Pentecostal economics of a Jesus Christ who was on the side of the poor and the oppressed. Nor is there one of rich men finding it easier to pass through the eyes of needles than to enter the Kingdom of Heaven. On the contrary, God helps those who are able to pull themselves up by their own bootstraps. 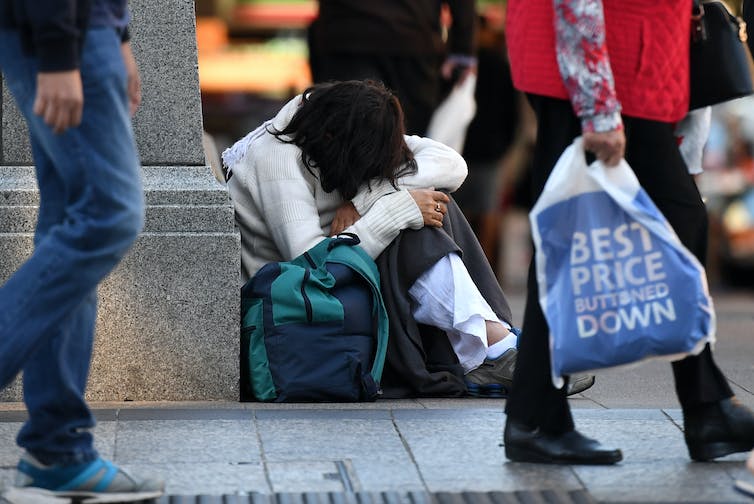 A homeless woman in Brisbane in 2017. There is no sense in Pentecostal economics of a Jesus Christ who was on the side of the poor and the oppressed. Dan Peled/AAP

That said, in some ways, Pentecostalism is pretty light on beliefs. Rather, it stresses an immediate personal connection with God that is the exclusive property of those who are saved. This leads to a fairly binary view of the world. There are the saved and the damned, the righteous and the wicked, the godly and the satanic.

In this Pentecostalist exclusivist view, Jesus is the only way to salvation. Only those who have been saved by Jesus (generally those who have had a personal experience of being “born again” which often happens in church spontaneously during worship) have any hope of attaining eternal life in heaven. At its best, it generates a modesty and humility; at its worst a smugness and arrogance.

Thus, as the website of the Christian group to which Scott Morrison’s Horizon church belongs puts it, “We believe in the everlasting punishment of the wicked (in the sense of eternal torment) who wilfully reject and despise the love of God manifested in the great sacrifice of his only Son on the cross for their salvation”. 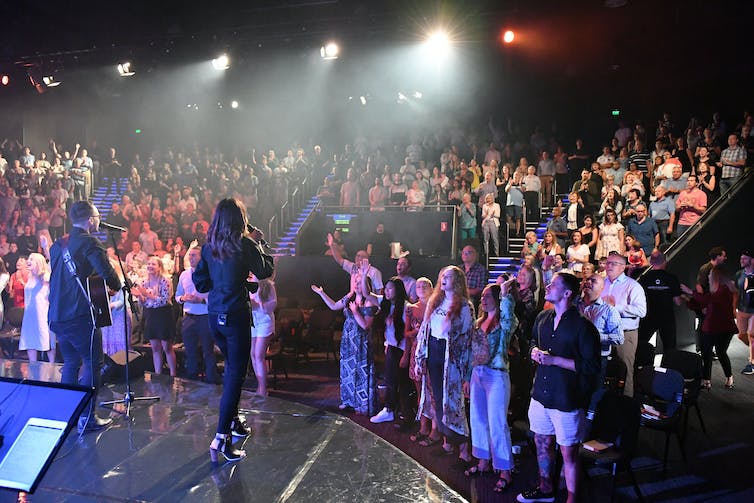 Worshippers at Horizon church in April: Pentecostalists are more concerned with the experience of the Holy Spirit than the Bible. Mick Tiskas/AAP

In principle, the PM’s faith is “pietistic”. It is about the individual’s personal relationship with God. So faith is focused “upwards” on God in the here and now – and the hereafter. The result is that Pentecostalism is weak on the social implications of its beliefs. Social equity and social justice are very much on the back burner.

So you would not expect from a Pentecostalist like Morrison any progressive views on abortion, womens’ rights, LGBTI issues, immigration, the environment, same sex marriage, and so on.

Pentecostalists are not fundamentalists. Unlike them, they are especially concerned with the direct experience of the Holy Spirit as the key to salvation. But like fundamentalists, they believe in the Bible as the inerrant word of God in matters of ethics, science and history.

Thus, they hold to a social conservatism reinforced by an uncritical approach to the Bible, which reveals everything necessary for salvation. It would be difficult, for example, for a Pentecostalist to reject the Biblical teaching that homosexuals were bound for hell. The Prime Minister recently did so. But only after first evading the question and then through very gritted teeth.