Social media backlash and a Queensland government complaint to the Australian Press Council has forced the Sunshine Coast Daily to apologise to its readers for picturing Queensland Premier Annastacia Palaszczuk in crosshairs on its front page, next to the headline “Anna, you’re next”.

The newspaper’s editor Craig Warhurst said in a statement:

For those of you in the community who feel let down and betrayed by the image, I apologise.

Warhust says the paper will publish the apology in tomorrow’s edition, along with reader criticism and concerns.

But is this enough?

Marcus Strom, Federal President (Media) of the Media, Entertainment & Arts Alliance (MEAA) argues that in a time of increased political violence, including the murder of British politician Jo Cox in 2016, publishing this image is irresponsible:

At best, this image is distasteful, at worst it could be interpreted as incitement to violence.

Read more: How Australian media are changing the way they report violence against women

Is this kind of journalism ethical?

The Queensland government’s complaint to the Australian Press Council (APC) was lodged on the grounds that the graphic used by the newspaper encouraged violence against women.

APC judgements take an inordinate amount of time to finalise, and the best result it can achieve is a correction, apology or some other form of remedy.

A detailed look at the MEAA Code of Ethics reveals that “incitement to violence” isn’t listed as a breach. But there is nothing about this front page which could be construed as public interest. As Lynnette Sheridan Burns argues in her book Understanding Journalism, journalists should consider the social ramifications of their activities.

The national violence prevention initiative, Our Watch, has guidelines for reporting on violence against women. Our Watch CEO, Patty Kinnersly, says:

While images and vision are vital to telling a story, it is important that media professionals use appropriate footage that doesn’t sensationalise, trivialise or condone violence against women.

But while Our Watch might “champion the belief that this violence is never acceptable or excusable”, it has no process for punishing incitement to violence.

Read more: Most men do not perpetrate sexual violence against women

Sexism and threats of violence are not new phenomena in Australian media coverage of women politicians.

Julia Gillard, Australia’s first woman prime minister, was subjected to an unprecedented amount of gendered reporting that adopted violent and sexist imagery. The mainstream press often magnified the violent assault that Gillard received, claiming that she “used the gender-card” when she eventually called it out.

Notoriously, one TV commentator advised Australians “ought to be out there kicking her to death”, while radio host Alan Jones threatened that Gillard should be put “in a chaff bag and [taken] out to sea”.

And the problem isn’t limited to Australia. Women political leaders across the globe have long endured gendered and often sexist portrayals within the mainstream media which largely focuses on their bodies, fashion and personal lives. Such news stories trivialise women politicians in their political roles, further reinforcing male dominance within politics.

As in the example of Gillard, this has taken a more violent turn in recent years, where women politicians are portrayed through commentary that is sexist and even intimidating or threatening.

Unfortunately, this is largely regarded as “politics as usual”, with women politicians expected to just put up with it, or risk being seen as playing the gender-card.

Read more: Ending violence against women is good for everyone

It can discourage women from entering politics

Violent and misogynistic coverage of women has tangible run-on effects. A 2016 global survey found that 81.8% of women parliamentarians experienced some form of gendered violence, with half receiving threats of rape, beatings and even death.

Julia Gillard has spoken up about the sexist and violent coverage, warning that rape and death threats are an expected part of being a woman politician. Witnessing this gendered and violent media reporting can deter women from entering politics at a time when we should instead be striving toward gender parity.

Apologies in journalism are hard to come by, unless they are made to minimise damages, and they rarely achieve the prominence of the original affront. In this instance, the apology would have to take up the same space as the original image and headline, which, in Australian media, would be a unicorn apology indeed.

The Sunshine Coast Daily’s – “for those of you in the community who feel let down and betrayed by the image” – appears to fit into the #sorrynotsorry category. Whether or not the apology is worth the pixels or paper its printed on, the newspaper won’t be compelled to do more.

In the meantime, the Australian Press Council needs a stronger bite and the MEAA should consider redrafting its Code of Ethics to include some consideration to address the increasingly polarised media attacks on women.

5 top ways to increase traffic to your business

Business traffic is the number of people or clients visiting your business. It can be foot traffic or site traffic. Heavy traffic grows your business steadily, hence more profits. It will also lea... 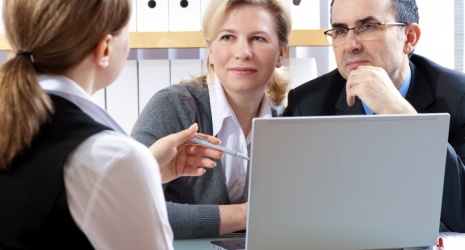 5 important aspects of running a business

Running a business on your own feels super excellent and exciting. You gain experience and skills because of associating with different people.  When it comes to decision-making, it is more straig...

6 Reasons Why You Need SEO for Small Business

SEO stands for search engine optimization. It is an online marketing strategy that small businesses can't thrive without. This is because most people will likely click a site ranked at the top of th...