No matter who wins the upcoming federal election, both the ALP and LNP are committed to remaining in the Paris Climate Agreement.

Regardless of what policy mix is chosen to achieve this, the process of hitting the Paris targets is now a permanent feature of economy-wide decision-making, one that will need credible ongoing support from government and businesses. Policy uncertainty, and a lack of national framework, has reduced investment confidence.

The UK has shown how national climate change legislation can guide institutional action, and not only dramatically cut emissions, but also promote economic growth.

But Australia lacks a national version of Victoria’s or UK’s legislation.

We have national targets, but not yet ongoing systems embedded in departments. These systems would include measures to ensure continuous target-setting every five years (as used in other jurisdictions) with guidelines and progress reporting obligations. A lack of national legislation means the community and businesses lack transparency about Australia’s long-term direction, pace and progress.

A national Climate Change Act would reduce recognise climate change was not taken into account when many current laws were developed, and reduce policy instability around Australian meeting our Paris obligations by:

How Victoria did it

And it has already catalysed climate change reporting and planning activity across government. An independent committee has been tasked with advising on the first ten years of emissions budgets.

Government departments are preparing adaptation plans for each sector, reviewing operational guidelines and establishing regular reporting of emissions in sectors and their future plans.

The UK passed its Climate Change Act in 2008 with a near unanimous vote. It has guided government decisions on national energy and industrial policy ever since.

The Act contains a process for setting economy-wide, multi-year targets, generating a clear, but flexible path towards its long-term objective – an 80% reduction in national greenhouse gas emissions by 2050. It’s not explicit about how targets are to be met and successive governments have been free to choose their own mitigation policies.

What has resulted is a clear shift away from the politics of the past where climate change action was traded off against other government goals. 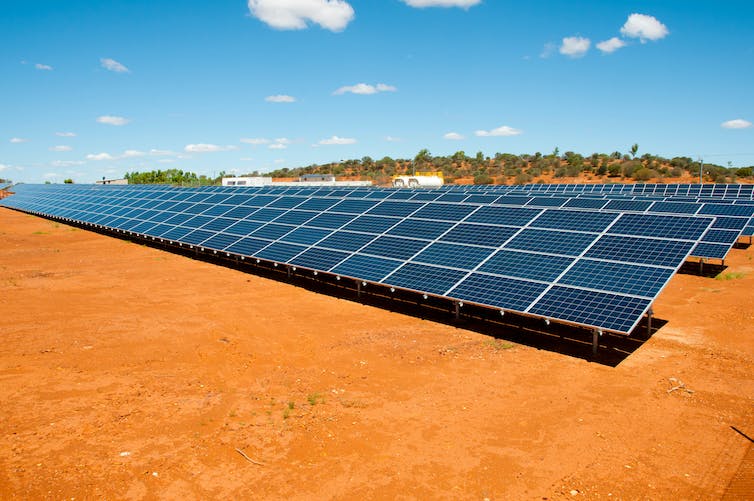 And the results have been extraordinary: emissions in the UK have fallen dramatically since 2008, with the UK’s carbon dioxide emissions now below 1860s levels.

National transparency would improve the market

With a clear legislative process with interim targets every five years, a Climate Change Act for Australia would provide businesses and the public with a certainty around the pace of climate change action that reaches beyond the political cycles.

Governments would still have the freedom to choose interim targets and how to deliver them, but the legislation would create transparency around our obligations.

It would also ensure that a transition to a low-carbon future does not risk financial stability.

Regulatory bodies, such as the Australian Prudential Regulation Authority, the Bank of England, and the Financial Stability Board, recognise the necessity for climate change legislation to create confidence in markets. They are already applying pressure to local and international financial markets to improve disclosure of climate risk.

Finally, national legislation would ensure the market and the public are kept up-to-date about progress and future pathways, and how they can be involved in the process along the way. This includes investing in Australia’s potential as a new lower-carbon powerhouse.

Read more: Cutting cities' emissions does have economic benefits – and these ultimately outweigh the costs

Let’s agree what is agreed, and move on

Australian politicians don’t often agree on climate change action, but the major parties do agree on Australia staying in the Paris Agreement.

A national Climate Change Act for Australia would embody this commitment, aligning us with the international process in a policy-flexible framework. Agreement on such an Act would show the Australian public that each party is serious about tackling climate change, providing a stable platform for the next parliament.