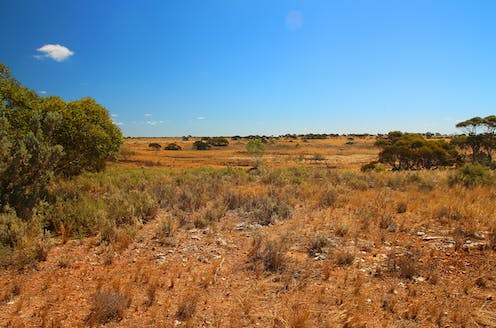 The Western Australian outback may look bare at first glance, but it's teeming with wildlife, often beneath the surface. Shutterstock

One day before calling the election, the government approved the controversial Yeelirrie uranium mine in the remote wilderness of Western Australia, about 500km north of Kalgoorlie.

One day before calling the election, the government approved the controversial Yeelirrie uranium mine in the remote wilderness of Western Australia, about 500km north of Kalgoorlie.

The Tjiwarl Traditional Owners have fought any uranium mining on their land for the last 40 years, and the decision by the government wasn’t made public until the day before Anzac Day.

This region is home to several of Australia’s deposits of uranium and not only holds cultural significance as part of the Seven Sisters Dreaming Songline, but also environmental significance.

If the mine goes ahead, groundwater levels would drop by 50cm and wouldn’t fully recover for 200 years. And 2,422 hectares of native vegetation would be cleared.

I visited the site 16 years ago and, like the rest of the Western Australian outback, there’s a wonderful paradox where the land appears barren, but is, in fact, rich with biodiversity.

Native animals living in underground water, called stygofauna, are one such example of remarkable Australian fauna that aren’t obvious at first glance. These animals are under threat of extinction if the Yeelirrie uranium mine goes ahead.

Most stygofauna are very tiny invertebrates, making up species of crustaceans, worms, snails and diving beetles. Some species are well adapted to underground life – they are typically blind, pale white and with long appendages to help them find their way in total darkness. 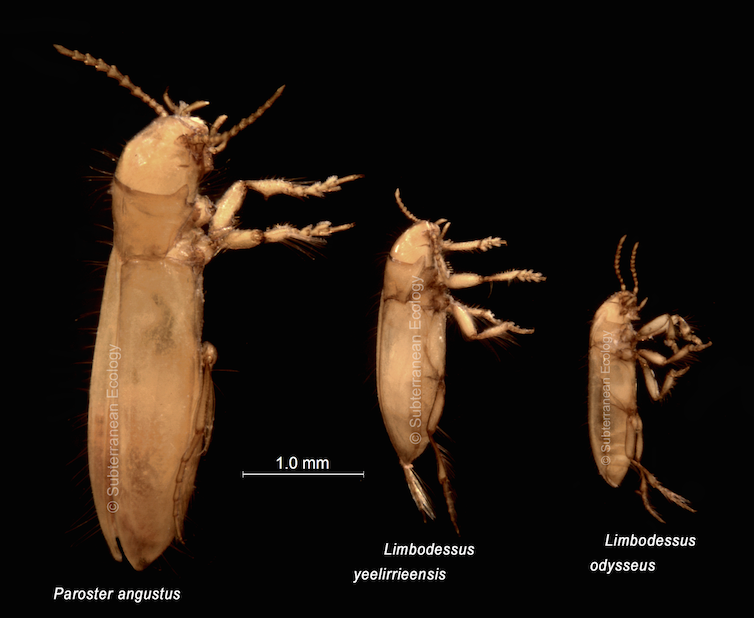 In 2016, the Western Australian Environmental Protection Agency (EPA) advised against building the Yeelirrie uranium mine because it would threaten the stygofauna species there, despite the proposed management strategies of Cameco Australia, the mine owner.

Stygofauna are extremely local, having evolved in the site they’re found in. This means individual species aren’t found anywhere else in the world.

Despite the proponent’s well-considered management strategies, based on current scientific understanding, the EPA concluded that there was too great a chance of a loss of species that are restricted to the impact area.

Yeelirrie has a rich stygofauna habitat, with 73 difference species recorded. 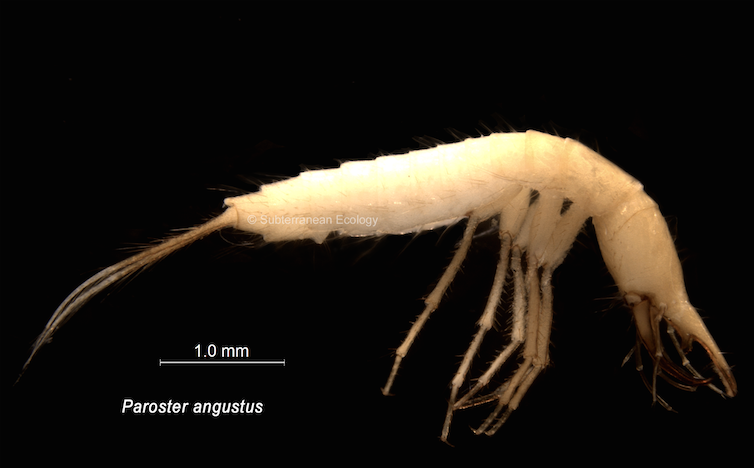 And to get to the uranium deposit, the miners need to dig through the groundwater, a little like pulling the plug in the middle of the bathtub. Stygofauna have adapted to living at different levels of the water, so pulling out the plug could dry out important parts of their habitat.

Stygofauna are also susceptible to any changes in the chemistry of the groundwater. We simply do not know with confidence what mining will do to the groundwater chemistry at Yeelirrie in the long term. Various wastes will be backfilled into former pits, causing uncertainty for the welfare of surrounding stygofauna.

Read more: Maybe we can, but should we? Deciding whether to bring back extinct species

The approval conditions suggest that the mine should not be allowed to cause extinction – but if this does happen, nothing can be done to reverse it. And there would be no penalty to Cameco either – which has said it can’t guarantee such a condition can be met.

So are the economic benefits worth wiping out a species?

Short answer: no. But let’s, for a moment, ignore these subterranean animals and look at whether the mine would be beneficial.

Yeelirrie is one of Australia’s largest uranium deposits – and yet it has a low grade of 0.15% (as uranium oxide). This refers to the amount of uranium found in rock. For comparison, the average grade of uranium mines globally is normally 0.1 to 0.4% of uranium oxide (with some higher and others lower).

And Cameco’s Cigar Lake and McArthur River mines in Canada have typically been 15-20% of uranium oxide. Despite such rich ore, McArthur River was uneconomic and closed indefinitely in early 2018.

What’s more, the future of nuclear power is not bright. According to the World Nuclear Industry Status Report, the number of nuclear reactors under construction around the world is at its lowest point in a decade, as renewable energy increases. The amount of nuclear electricity produced each year is flat. And nuclear’s share of global electricity is constantly falling behind renewables.

Read more: Electric cars can clean up the mining industry – here's how

But, in any case, we don’t yet know enough about these stygofauna to warrant their extinction. They could, for instance, have untold benefits to medical science, or perhaps have wider environmental and cultural significance.

And, ethically, what right do we have to wipe out a species? They have evolved and survived just like us. At the end of the day, there are much safer, cheaper, more ethical and cleaner ways to generate electricity to boil a kettle.