Just as fiction’s George Smiley made sense of the world - and even made his baffling way about a world at war through knowing the works of minor German poets - our own very real Michael Sharkey (who has an equally resonant and unlikely name) has found that his passion for a certain strain of minor poets also intersects with history, war, intrigue, political resistance and troubling nationalism.

His remarkable new anthology, Many Such as She: Victorian Australian Women Poets of World War One, arose from Sharkey’s interest in civilian poets’ responses to the war that produced those soldier poets still gracing school and university curriculums a century on. 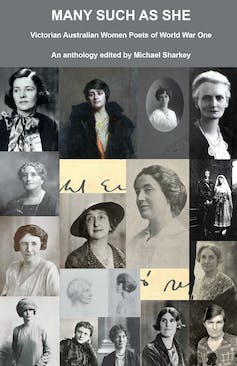 But why civilian poets, and why women? In the spirit of redress, Sharkey has uncovered expressions of how the war felt, how it was imagined, and how it was negotiated as a moral, political and deeply personal though socially shared phenomenon by those who were doubly separated from the conflict — through being so far away in Australia, and by the fact of being women. Paradoxically, such a project, he suggests, makes a lot more sense and is closer to home for Australians than reading anthologies of poems by British soldier-poets. Like the best writers and researchers, Sharkey went about producing the book that he wanted to read. We know that difficult times and extreme events can take us to poetry, and perhaps this impulse was embraced in the early 20th century with more grace, confidence and a deeper conviction of what is fitting than could have been the case earlier or later, especially among women. A natural expression of thought and emotion As an anthology of largely unrecognised minor poets, the reader’s interest is inevitably drawn to the limitations of the works selected, and to their representative significance. It seems that many women were not only capable of turning to poetry, but that there was something natural, even expected about this avenue to public expressions of thought and emotion. Sharkey notes in his introduction that the 24 women poets included, and the many others whose poetry was not, were consistently eloquent and technically competent, a testimony to the high standards of education early in the 20th century. Universal education though, brings with it inevitable nudging towards “prevailing tastes” and narrowing of the imagination. These poets, working with readers’ and editors’ expectations, were themselves heirs to 19th century English traditions in poetry. Hence, as Sharkey observes, much of this minor poetry tends to read to us now as “lilting or lolloping”. Against this observation (and taking a lesson from it), the current vogue for a colloquial, free verse in English language poetry might read in the future as a sign of how far contemporary poetry has drifted from song and lyric. Some lines that might suffice as an example of the skill and musicality in this poetry come from Nettie Palmer’s 1916 poem, Birds, a love song from a wife to a soldier-husband, written when Nettie lived at Emerald in the Dandenongs. The rhyming on a falling meter at the moment of each stanza’s inserted couplet, together with the dramatically long line following a two-beat line, work to bring both delicacy and the sense of a faltering, yearning spirit to lines that can’t help but touch our hearts: At morning, when white clouds like leaves drop downFilling the hollows,And make vast, milk-white lakes and silence follows,There on a stump some laughing jackass clownStiller than wood thought all the world his own.But all the world was ours! The birds were ours,Because we knew them,The trees were ours, because our love passed through them,And every dome of cloud and all the flowersAnd mountain mists that built our silent bowers.Enough, we had been jubilant too long,The gods have judged us,Such vital joy their tranquil eyes begrudged us.You fight in France: here when the thrushes throngHow can I bear alone to hear their song. The poetry in the anthology ranges, as we would expect, from imperialistic nationalism rife with improving sentiments and sentimentality all the way to poetry of open protest against the war. In the many nuances of reaction between these extremes, Sharkey perceives that the sheer quantity of poetry by women in response to that war “pointed to a catastrophic intellectual and emotional crisis experienced by the poets.” There was so much of this poetry that any plan to publish it would be not only grandiose, but uneconomic. Hence, the interestingly narrowed state focus of this anthology: Victorian Australian women poets: presented in alphabetical order, with each poet introduced by several pages of historical context and life history (each one meticulously referenced). Wit and sympathy 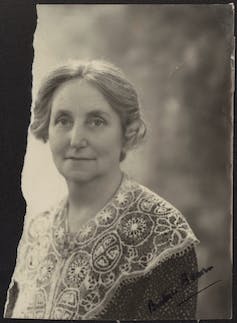 Beatrice Vale Bevan. Photographer unknown. State Library of Victoria. Beatrice Vale Bevan (1876-1945) is one of those whose poetry might lilt and lollop through its paces, but nevertheless what shines through is her wit, her sympathy and her plainly human reaching towards a language that might come somewhere near sensing and expressing how deplorable death had become. At the end of her poem debating William Locke’s statement, “Human nature is only capable of a certain amount of deploring”, in the poem that offers the book its surtitle (Many Such as She), Bevan reflects upon the flowers on the twin graves of a soldier in France and his young widow at home who, it seems, had suicided: the final stanza goes: And he and Margaret, now above,(since heaven’s above?) no loss deplore,But love each other more and more!Why say we ‘dead?’ ‘Immortal dead!’‘Immortal living!’ some have said,When was this violet in my hand,When summer scorched and dried the land? 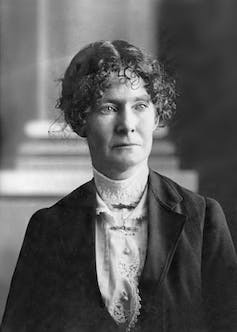 Martha Coxhead, photo by J. Ward Symons Studio, Footscray, 1916. Courtesy of Maxwell Coxhead. As the wife of a high ranking Congregational minister and school headmaster, Beatrice’s climactic questions, and even her asides, are hard won and bravely spoken, and do go some considerable way towards expressing a vision of widening circles of deplorable grief that a war leaves in its wake. Among those whose poetry sees death and life as equally noble when offered to the cause of the empire, are Marion Bray (1885-1947) who offers in a short poem a simple pair of knitted socks to a soldier far away, Muriel Beverley Cole, Martha Coxhead, Violet Cramer and others. War sprung sprightly into tripping verse Mary Bright, a deeply committed poet and spiritualist with many publications in her lifetime, and like several of the women here, one who had lost her husband and a nephew and cousins to the war, was unafraid of imagining herself into the maddened, bewildered and patriotic minds of soldiers being killed and maimed on the battle fronts: … we couldn’t find our mates.They were all scattered far and wideThrough death’s untimely gates.…. We didn’t want to die—for fameNor for glory did we care.We had to go, our country called—We did but do our share. -From Pozières 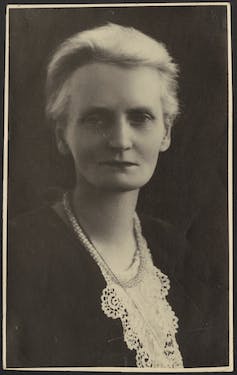 ‘E’ — Mary E. Fullerton, photo by Marietta Studio, Melbourne. Australasian, 3 July 1925, p. 14. State Library of Victoria. It can be difficult to know what to make of such verse. It can be a chilling experience to find that war sprung so sprightly into tripping verses. But this would be, perhaps, to mistake the tone of public literary activity in these years. The poetry does not pretend to more than papering over what is beyond the deplorable and nearly beyond meaning. We do read tragedy between the lines here, and there is no reason this would not have been the case in 1916, perhaps especially through the prism of awareness regarding imposed and self-dictated censorship in public utterances. Outspokenness This situation makes the poetry of Mary Fullerton (1868-1946) remarkable for its outspokenness: In many a cot the woman,With the babe on her shelt’ring breast,Is nursing his limbs for battleA-crooning her son to rest.All over the world the womenGive service and love and life;While over the world the tyrantsAre brewing the brew of strife. -From The Targets Among the bereft was Phyllis Lewis (1894-1986), a gifted teacher and briefly fiancée to a certain Robert Menzies. 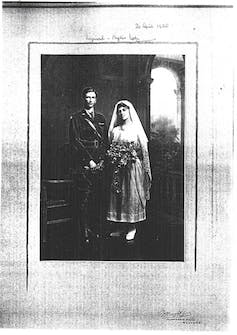 Lieutenant Raymond Lade and Phyllis Lewis (wedding photo), 20 April 1920. Photograph by David Livingston Muntz, Glenferrie Road, Malvern. Courtesy of Penny Lade. Her one published poem, 1918, was a eulogy to her brother Owen, killed in a plane accident near Amiens: “Oh lawless howling wind—/Oh darkness none can lift—Oh hopeless night—/Oh gibbering shadows making heavy flight—/Oh soundless gloom of mind!” her long four-part poem goes when she must face what the war took from her and her family. Recently my father died and I have inherited some boxes of papers that detail a kind of family history. Among these papers is the telegram informing my grandmother that her son, my father’s brother, died in action in New Guinea in the last week of WWII on that island. This loss hung over my grandmother and over the whole of her family, for that war really could not stop reverberating until they died with this loss still in them. Such reverberations are the true subject matter of this anthology, and giving them our attention might be more important than we could ever suppose. Sharkey is to be thanked for finding a way to present these 24 poets to Victorians and to Australians, and for giving us another way to understand and hear our own history. Walleah Press have done a fine job of packaging the anthology as a sturdy paperback. Many such as She: Victorian Australian Women Poets of World War One, is edited by Michael Sharkey and published by Walleah Press.