Chris Lilley was in strife almost from the moment he started filming his new mockumentary series Lunatics, which has begun streaming on Netflix. Last year, leaked photos of the comedic actor in African dress and an afro-wig set off a social media firestorm that could essentially be boiled down to two words. Blackface? Again?

During his 2011 series Angry Boys, Lilley donned blackface to play the character of S.mouse, an African-American rapper with inane songs like “Slap My Elbow” and “Squashed N*gga”. While actual US hip-hop artists and critics were predictably unimpressed, S.mouse wasn’t as unanimously criticised as one might have expected. Nor was Lilley’s use of “yellowface” and a terrible Japanese accent in the same series. 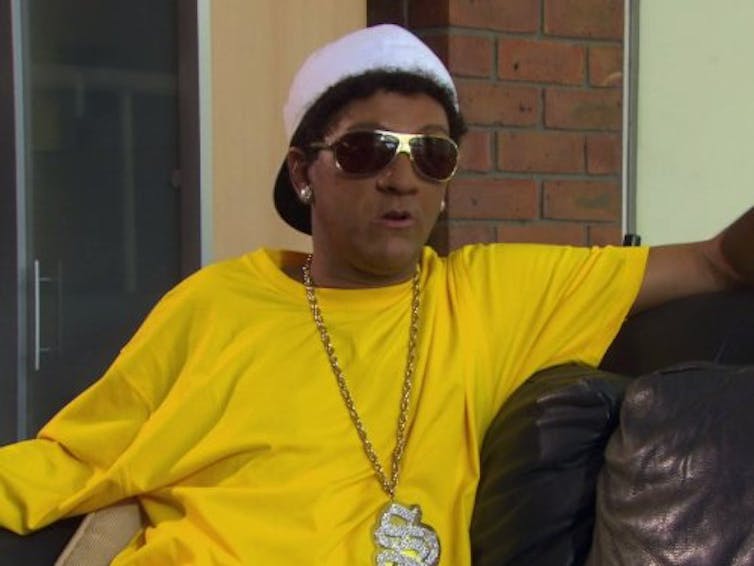 However, the hammer really came down on 2014’s Jonah from Tonga, in which Lilley played a troubled Tongan boy whilst wearing dark make-up and a curly wig, a performance that the Guardian described as “a modern ministrel show”. Jonah was cut from Maori Television in New Zealand due to its stereotyping of Polynesians, and largely abandoned by viewers back in Australia. In the show’s wake, some critics questioned whether Lilley’s brand of comedy via cultural appropriation had a place in today’s climate. 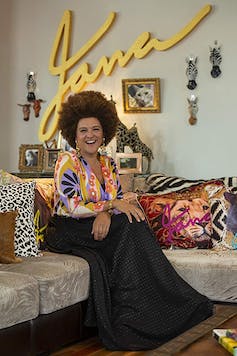 It’s notable, therefore, that all six characters Lilley plays in Lunatics are white. That includes Jana Melhoopen-Jonks, the South African character whose pictures got Twitter tweeting a year ago.

The early rumours that Jana was based on Rachael Dolezal, the civil rights activist caught faking her African ancestry, are unfounded (whew); instead, Jana is a pet psychic for the rich and famous, as well as a lesbian icon whose obvious and unrequited amour for her female assistant provides the deadpan cringe Lilley excels at.

Whether or not past controversies convinced Lilley to stay in his own cultural backyard, the decision works to his benefit, because there is no writer working today with better grasp of the contemporary Australian vernacular. 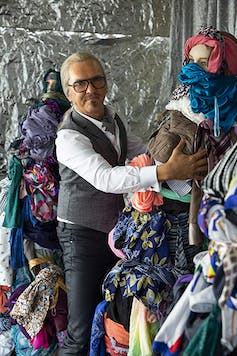 From Keith’s dated Cockney slang (“my trouble and strife, my wife”), to Gavin’s awkward hip-hop appropriations (“chill fam, it’s all G”), and Quentin’s weird boganisms (“boys, you reckon I do something schiz … like, piss in my own mouth?”), the dialogue feels like an Aussie Urban Dictionary circa 2019.

It is telling that the more exotic Jana feels like the weakest of Lilley’s ensemble, as aside from a few crackling one-liners (“traumatised camel art is very valuable”), her posh South African doesn’t deliver the same lexical gold as the rest.

Mind you, formulaic doesn’t have to equal unfunny: this reviewer nearly chundergusted his morning cuppa at a montage of Gavin’s inept Instagram pranks, while Quentin’s jacked-up night out with “the boys, the boys, the boys” skewers modern lad culture to hilarious effect. Even when the laughs dry up, Lilley’s virtuosic command of his creations’ mannerisms and idiosyncrasies mostly keeps the energy from flagging.

The final few episodes also contain a number of touching moments that might surprise those who had tagged Lilley as nothing but a serial troll. 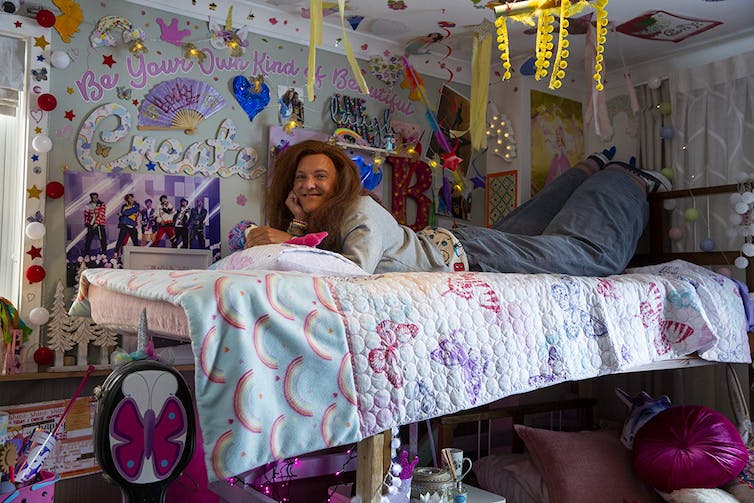 The show’s heart is Becky — her struggles with body-shaming are somehow affectingly portrayed by Lilley, despite the actor wearing gigantic prosthetic legs — and she sums up the overarching message: “you just gotta be you, no matter how freak you are”. Some questionably reductive depictions of mental illness aside, Lunatics is more mawkish than outrageous.

Whether anyone but the die-hards will watch to the series’ emotive end is another matter. Despite claims that political correctness is trampling humour worldwide, TV comedy is actually having something of a moment, and competition is fierce.

On Netflix alone, clever sitcoms like The Good Place, Santa Clarita Diet and One Day at a Time have both higher joke-per-minute ratios and more engaging narratives than Lunatics. It is highly possible that once Twitter actually sees Lilley’s latest, the howling rage will winnow into something far worse for a comedian: indifference.