Influenza illness – or the flu – is a caused by the influenza virus. It often comes on rapidly, with a high fever, chills, muscle aches, tiredness and a dry cough. These symptoms get worse over the first few days.

Most people will get better without medical care, but some people are at higher risk of dangerous complications. This includes pregnant women, children, those aged over 65, people with chronic diseases and Aboriginal and Torres Strait Island peoples.

News reports have claimed Australia is on track for a particularly bad flu season. But it’s too early to tell if that’s the case – and it’s impossible to predict. Here’s what we know so far.

Read more: When's the best time to get your flu shot?

The World Health Organisation (WHO) classifies the severity of flu seasons based on how quickly the circulating viruses spread, the seriousness of the disease – which can be measured by the number of hospitalisations or deaths – and the impact of the illness, such as the strain on hospitals.

Based on these metrics, the 2018 influenza season was pretty mild. The season started late, comparatively few cases were seen in GP clinics and hospitals, it had a low impact on workplaces and hospitals, and it caused a moderate level of illness.

This contrasts with 2017, which saw an early start to the season, high activity in the eastern states, a great impact on GPs and hospitals, high levels of absenteeism, and at least 1,255 deaths. 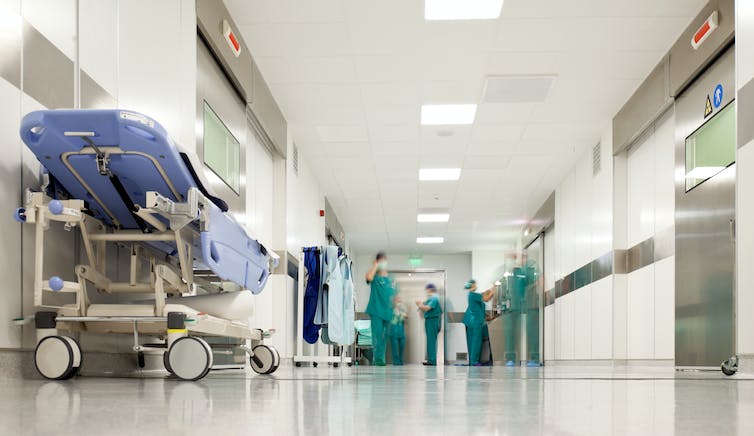 It’s too early to assess the 2019 season – this is usually done after the flu season ends. But GPs are seeing more flu-like illness for this time of year than in previous ones.

Hospital surveillance doesn’t usually start until the end of April, so it’s difficult to assess activity and severity in hospitals, but emergency department presentations in both the Northern Territory and New South Wales have been high.

Why is it so hard to predict?

Part of the problem with predicting the influenza season is that we talk about one season, but four distinct influenza viruses cause clinically important illness in humans.

All four of these viruses are covered by the four-strain influenza vaccine that is provided to Australians aged under 65 years.

For adults aged 65 years and older, an enhanced vaccine is available which contains the two influenza A subtypes and one influenza B. This year the B strain is a B/Yamagata lineage virus because in 2018, we saw many more B/Yamagata than B/Victoria viruses.

Read more: High-dose, immune-boosting or four-strain? A guide to flu vaccines for over-65s

Flu viruses are continually mutating in nature, and so any immunity acquired from a previous infection or vaccine may provide little protection against the viruses that will circulate in the next season.

There is also little cross-immunity. Infection with A(H1N1)pdm09, for example, won’t necessarily protect you against A(H3N2). It’s even possible, though unlikely, to be infected with two viruses at the same time or in close succession.

All four of these influenza viruses rarely circulate with equal frequency during the winter months. Typically, one of the influenza A viruses will dominate.

In Australia, it’s rare for influenza B to dominate. It’s even rarer for both lineages to circulate at the same time, but it happened in 2015. 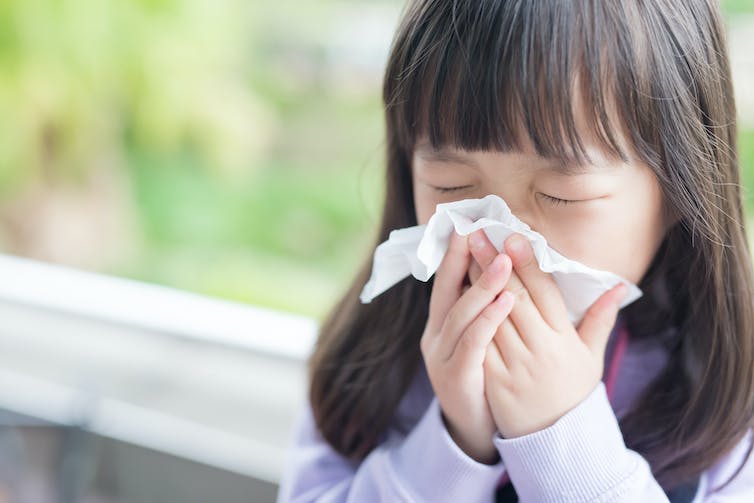 Children are more susceptible to influenza B infections. Aslysun/Shutterstock

Although deaths have been associated with all four viruses, A(H3N2) generally causes more deaths than the others, particularly among the elderly.

Unfortunately, our disease surveillance systems rarely collect information on the specific influenza viruses that patients present with in GP clinics and hospitals. That’s because influenza testing can be expensive, and knowing the strain – or if it is indeed influenza – wouldn’t necessarily alter the course of treatment.

Instead, we learn which virus dominated and its likely impact. While this is useful for monitoring overall trends, it isn’t sufficient to study specific virus circulation patterns that might enable us to predict the seasons better.

What’s happening elsewhere in the world?

Influenza viruses mutate quite rapidly and circulate the globe quite efficiently thanks, especially, to air travel.

That said, circulation of influenza viruses in Europe does not necessarily help us predict which viruses will circulate in Australia as there is no consistent pattern of one hemisphere leading the other in terms of virus circulation.

Read more: When the numbers aren't enough: how different data work together in research

In tropical and sub-tropical regions, where there is no “winter”, there may be more than one flu season per year, or a year-round season with low rates of one virus, usually influenza B.

The reasons why influenza viruses circulate at different times are unclear. They may be related to climatic factors, such as temperature and humidity and, in some locales, may be driven by tourism. But we don’t really understand the causal relationships between these factors.

The good news is that with increased computing power, greater availability of high-quality surveillance, more years of data and a greater understanding of influenza virology and immunology, our ability to forecast the season is improving.