The Holocaust is one of the worst collective crimes in the history of humanity – and medical science was complicit in the horrors.

After World War II, evidence was given at the Nuremberg Trials of reprehensible research carried out on humans. This includes subjects being frozen, infected with tuberculosis, or having limbs amputated.

There was also specific research into pharmacology that is less well-known, as can be seen from the articles we have published over the past 15 years.

Read more: Is it ethical to use data from Nazi medical experiments?

The prestige of German medicine

German pharmacology and chemistry enjoyed great international prestige from the second half of the 19th century.

This golden age ended with the Nazi Party’s rise to power in 1933 and was replaced with institutionalised criminal behaviour in public health and human research.

At the beginning of World War II, Nazi leadership saw medical and pharmaceutical research as a front-line tool to contribute to the war effort and reduce the impact of injury, disease and epidemics on troops.

Nazi leaders believed concentration camps were a source of “inferior beings” and “degenerates” who could (and should) be used as research subjects.

German pharmacology and medicine lost all dignity. As Louis Falstein pointed out:

the Nazis prostituted law, perverted education and corrupted the civil service, but they made killers out of physicians.

The rise of eugenics in central Europe at the beginning of the 20th century paved the way for the Nazi government to implement a disastrous policy of “racial hygiene”.

The Nazi ideology promoted the persecution of those who were considered “abnormal”, as part of the Aktion T4 program.

September 1, 1939 – the date of the start of World War II – marked the beginning of the mass extermination of patients with “deficiencies” or mental conditions, who were deemed to be “empty human shells”. 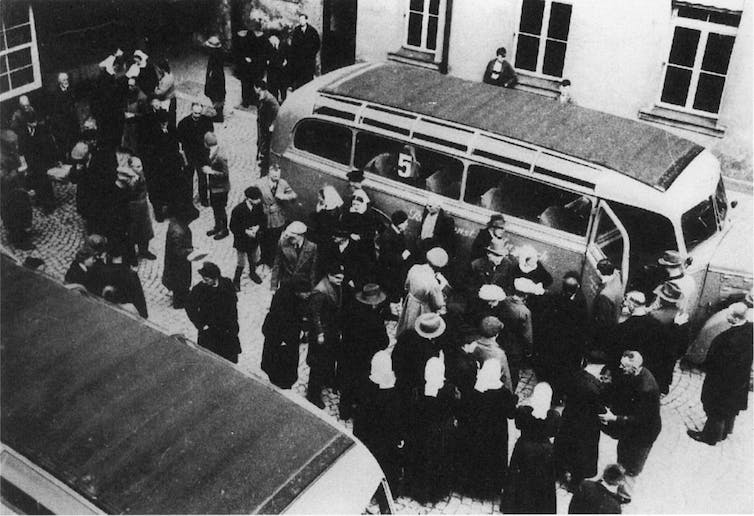 Aktion 4 patients getting on a bus, 1941. Wikimedia Commons

At first, the crimes were carried out via carbon monoxide poisoning.

In 1941, a second phase was launched: so-called “discrete euthanasia” via a lethal injection of drugs such as opiates and scopolamine (anti-neausea medication), or the use of low-doses of barbiturates to cause terminal pneumonia.

These techniques were combined with food rations and turning off the hospital heating during winter.

These euthanasia programmes led to what amounted to psychiatric genocide, with the murder of more than 250,000 patients. This is possibly the most heinous criminal act in the history of medicine.

Medical experimentation became another tool of political power and social control, over both sick people from the T4 Program, as well as healthy people.

Those in good health were recruited in the concentration camps of ostracised ethnic or social groups such as Jews, Gypsies, Slavs and homosexuals.

A number of experiments were undertaken, including the study of: 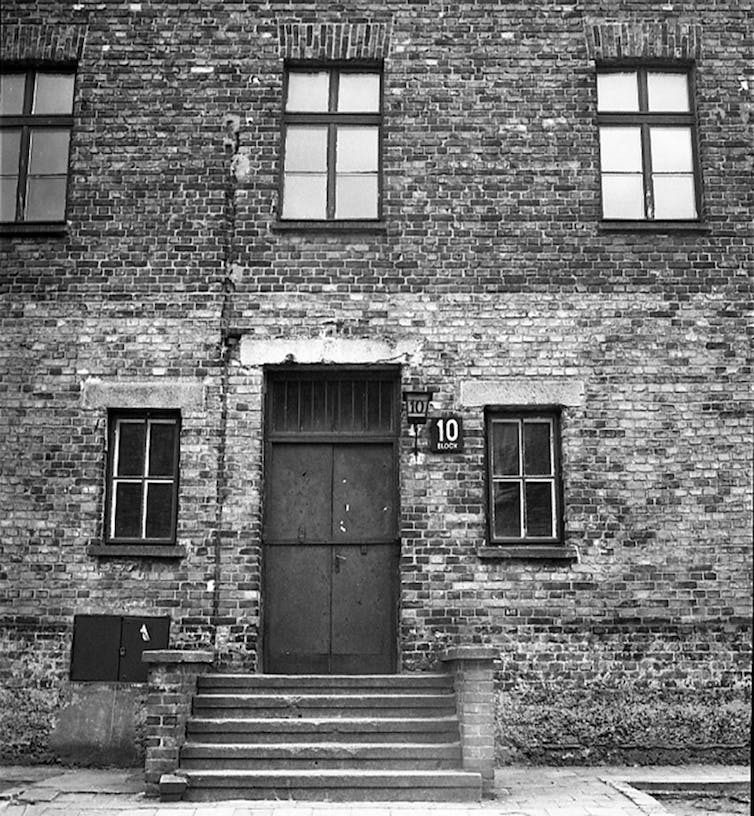 Block 10 of the Auschwitz concentration camp, where medical experiments with prisoners were carried out. Francisco López Muñoz

Faced with all this evidence, how it is possible that up to 45% of German doctors joined the Nazi party? No other profession reached these figures of political affiliation.

What were the reasons and circumstances that led to these perverse abuses?

The banality of evil in medicine

The answer is difficult. Many doctors argued that regulations were designed for the benefit of the nation and not the patient. They invoked such misleading concepts as “force majeure” or “sacred mission”.

Read more: Two steps forward, one step back: how World War II changed how we do human research

Some believed everything was justified by science, even the inhumane experiments carried out in the camps, while others considered themselves patriots and their actions were justified by the needs of wartime.

Some were followers of the perverse Nazi ethos and others, the more ambitious, became involved in these activities as a means of promoting their professional and academic careers.

Lastly, avoiding association with the Nazi apparatus may have been difficult in a health sector where fear had become a system of social pressure and control. 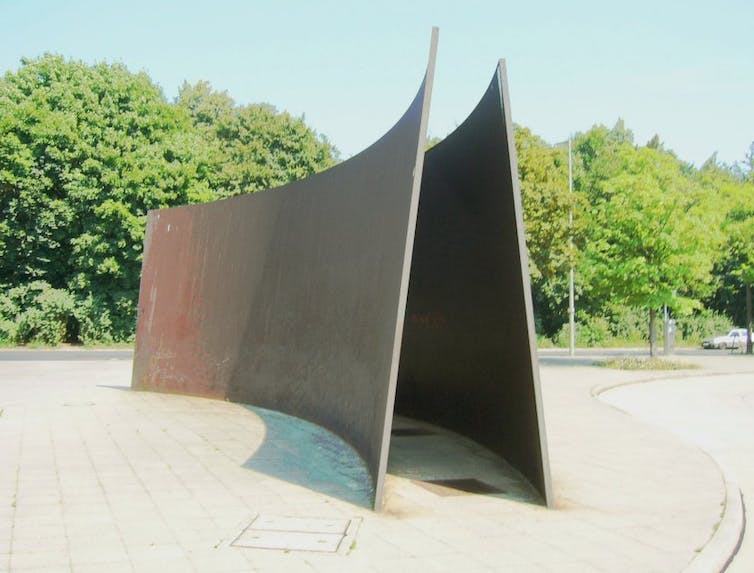 A monument by Richard Serra in Berlin honouring of the victims of the Aktion 4 programme. Wikimedia Commons

Arturo Pérez-Reverte, in his book Purity of Blood, defines this type of motivation very well:

… although all men are capable of good and evil, the worst are always those who, when they administer evil, do so on the authority of others or on the pretext of carrying out orders.

However, as has happened in many moments of history, sometimes tragedies bring positive posthumous effects.

After the trial of the Nazi doctors, the first international code of ethics for research with human beings was enacted, the Nuremberg Code, under the Hippocratic precept “primun non nocere”. This code has had immense influence on human rights and bioethics.

Read more: Two steps forward, one step back: how World War II changed how we do human research