Eucalypts dominate Australia’s landscape like no other plant group in the world.

Europe’s pine forests consist of many different types of trees. North America’s forests change over the width of the continent, from redwood, to pine and oak, to deserts and grassland. Africa is a mixture of savannah, rainforest and desert. South America has rainforests that contain the most diversity of trees in one place. Antarctica has tree fossils.

But in Australia we have the eucalypts, an informal name for three plant genera: Angophora, Corymbia and Eucalyptus. They are the dominant tree in great diversity just about everywhere, except for a small region of mulga, rainforest and some deserts.

My research, published today, has sequenced the DNA of more than 700 eucalypt species to map how they came to dominate the continent. We found eucalypts have been in Australia for at least 60 million years, but a comparatively recent explosion in diversity 2 million years ago is the secret to their spread across southern Australia.

The oldest known Eucalyptus macrofossil, from Patagonia in South America, is 52 million years old. The fossil pollen record also provides evidence of eucalypts in Australia for 45 million years, with the oldest specimen coming from Bass Strait.

Despite the antiquity of the eucalypts, researchers assumed they did not begin to spread around Australia until the continent began drying up around 20 million years ago, when Australia was covered in rainforests. But once drier environmental conditions kicked in, the eucalypts seized their chance and took over, especially in southeastern Australia. 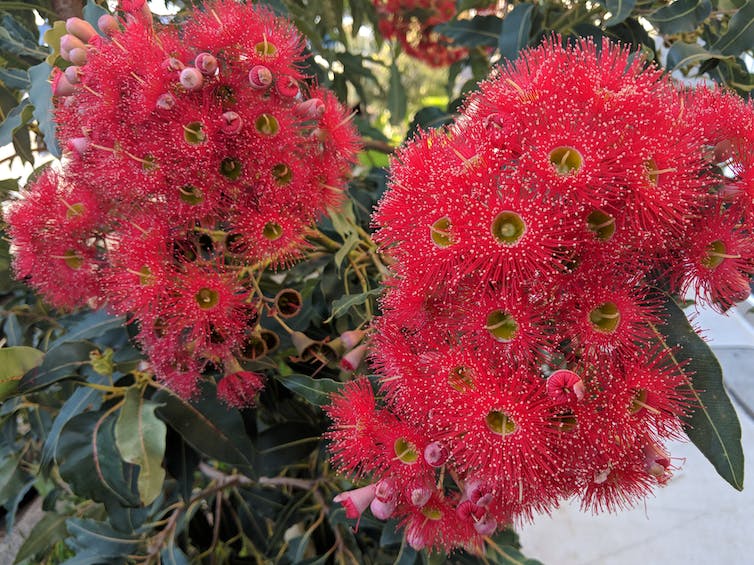 Eucalypts are classified by their various characteristics, including the number of buds. Mary and Andrew/flickr, CC BY-NC-SA

There are over 800 described species of eucalypts. Most of them are native only to Australia, although some have managed to naturally escape further north to New Guinea, Timor and Indonesia. Many eucalypts have been introduced to other parts of the world, including California, where Aussie eucalypts make cameos in Hollywood movies.

Eucalypts can grow as tall trees, as various multi-trunk or single-trunk trees, or in rare cases as shrubs. The combination of main characteristics – such as leaf shape, fruit shape, bud number and bark type – provided botanists with enough evidence to describe 800 species and estimate how they were all related to each other, a field of science known as “taxonomy”.

Since the 1990s and early 2000s, taxonomy has been slightly superseded by a new field called “phylogenetics”. This is the study of how organisms are related to each other using DNA, which produces something akin to a family tree.

Phylogenetics still relies on the species to be named though, so there is something to sample. New scientific fields rely on the old. There have been a number of eucalypt phylogenetic studies over the years, but none have ever sampled all of the eucalypt species in one phylogeny.

Read more: Stringybark is tough as boots (and gave us the word 'Eucalyptus')

Our new paper in Australian Systematic Botany aimed to change that. We attempted to genetically sample every described eucalypt species and place them in one phylogeny to determine how they are related to each other. We sampled 711 species (86% of all eucalypts) as well as rainforest species considered most closely related to the eucalypts.

We also dated the phylogeny by time-stamping certain parts using the ages of the fossils mentioned above. This allowed us to estimate how old eucalypt groups are and when they separated from each other in the past.

We found that the eucalypts are an old group that date back at least 60 million years. This aligns with previous studies and the fossil record. However, a lot of the diversification in the Eucalyptus genus has happened only in the last 2 million years. 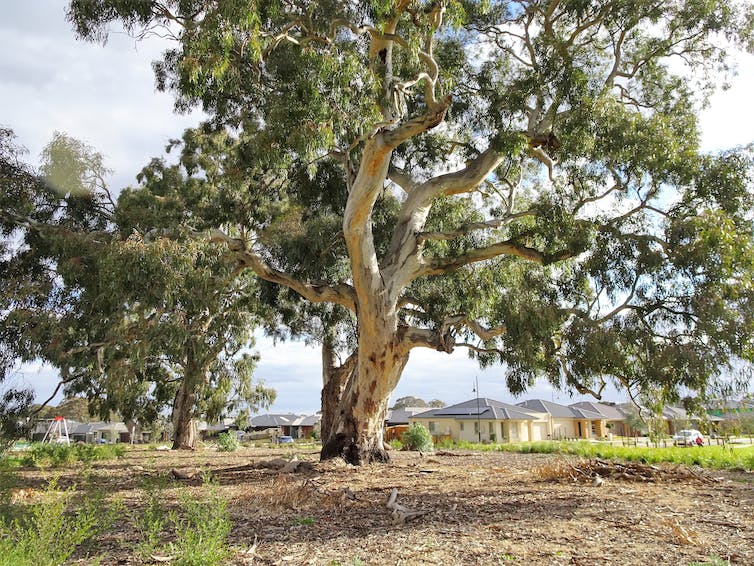 Hundreds of species have appeared very recently in evolutionary history. Studies on other organisms have shown rapid diversification, but none of them compare to the eucalypts. Many species of the eucalypt forests of southeastern Australia are new in evolutionary terms (10 million years or less).

This includes many of the tall eucalypts that grow in the wet forests of southern Australia. They are not, as was previously assumed, ancient remnants from Gondwana, a supercontinent that gradually broke up between 180 million and 45 million years ago and resulted in the continents of Australia, Africa, South America and Antarctica, as well as India, New Zealand, New Guinea and New Caledonia.

The eucalypts that grow natively overseas have only made it out from Australia in the last 2 million years or less. Other groups in the eucalypts such as Angophora and Corymbia didn’t exhibit the same rapid diversification as the Eucalyptus species.

What we confirmed with the fossil record using our phylogeny is that until very recently, and I mean in terms of the Earth being 4 billion years old, the vegetation of southeastern Australia was vastly different.

At some point in the last 2-10 million years the Eucalyptus arrived in new environmental conditions. They thrived, they most likely helped spread fire to wipe out their competition, and they then rapidly changed their physical form to give us the many species that we see today.

Very few other groups in the world have made this amount of change so quickly, and arguably dramatically. The east coast of Australia would look very different if it wasn’t dominated by gum trees.

The next time you’re in a eucalypt forest, take a look around and notice all of the different types of bark and gumnuts and leaves on the trees, and know that all of that diversity has happened quite recently, but with a deep and long link to trees that once grew in Gondwana.

They have been highly advantageous, highly adaptable and, with the exception of a small number of species, are uniquely Australian. They are, as the press would put it, “a great Australian success story”.