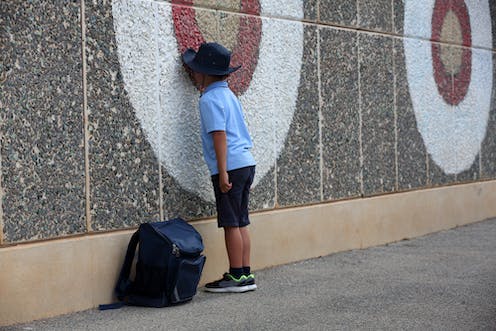 In the wake of the Christchurch terrorist attack, former UK Prime Minister, Tony Blair told a global education forum extremism should be treated as a global problem like climate change. He said:

there should be an international agreement to put teaching against extremism into education systems around the world.

Following terrorist attacks, it’s understandable politicians want to come up with quick, tangible measures to prevent other incidents and to tackle the problem at what is seen to be its core. There is merit in Blair saying challenging prejudice “needs to begin at an early age” (in schools). But we must also be cautious when promoting kneejerk responses to complex issues, particularly when it involves the welfare and future of children.

Governments have been reaching into schools to try to nip violent extremism in the bud for some time. The Obama administration announced a Countering Violent Extremism (CVE) program in 2014. This aimed to deter US residents from joining violent extremist groups by bringing community and religious leaders together with law enforcement, health professionals, teachers, and social service employees.

This program has since come under scrutiny for focusing on, and stigmatising, the Muslim community. When we consider that the proportion of fatalities from terrorist attacks committed by nationalist groups, including the one in Christchurch, is increasing, and deaths from attacks by Islamic militants are in decline, there is clearly potential for these programs to be misdirected.

Programs like these have also been introduced without adequate evidence for their effectiveness. Delivering a program that hasn’t been properly evaluated could make the underlying issues worse. It could ultimately increase youth vulnerabilities (rather than resilience) to radicalisation, and other antisocial behaviours.

‘Spot a radical’ in school

Schools often become an easy focal point. The rationale for a CVE program is getting onto the threat before it starts, or capturing it if it has already begun to grow. Often this has meant CVE school programs mainly teach staff how to “spot a radical” and report them to government and remedial channels.

But identifying the key components for preventing and addressing radicalisation towards violent extremism in schools remains under-researched. It’s fraught with negative consequences – such as further marginalising and stigmatising vulnerable students – if not delivered cautiously and sensitively.

The UK government, for instance, has faced significant difficulties when connecting CVE initiatives to schools. In 2016, the UK teachers’ union backed a motion to reject the government’s counter-radicalisation strategy, Prevent. This obliged teachers to refer to police pupils they suspected of engaging in some sort of terrorist activity or radical behaviour. The union claimed Prevent targeted Muslim students.

Read more: We need to stop conflating Islam with terrorism

One study argued such programs undermine the dignity of many Muslim children, which has a significant effect on the “mental health and emotional well-being of Muslim children and young people and their families”.

The toolkit given to teachers under the Prevent strategy was said to contain poorly constructed definitions of “extremism” and “radicalisation”. These then shaped and informed equally problematic CVE practices that appeared to be directed at Muslim students.

The toolkit was therefore seen as extending the UK’s monitoring capabilities into classrooms, which can inhibit Muslim children’s ability to become active and equal members of society.

This can contribute to a young Muslim person’s sense of isolation, marginalisation and alienation, as well as potentially reinforcing and perpetuating racism and Islamophobia in schools.

The Australian government has largely modelled its CVE strategies on the UK’s, even though there has been no empirical evidence to support their effectiveness. This has translated to several school programs that focus specifically on CVE.

The NSW program, for example, is conducted online and was designed primarily to educate teachers about violent extremism. It encourages teachers to promote awareness of CVE and develop family and school environments that promote resilience among youth.

It also encourages parents to be cyber-aware, to encourage open and honest communication at home, and to model positive behaviour.

Another program runs in Western Australian schools, where teachers and support staff are trained to identify changes in the behaviour of all at-risk students, assess potential concerns, and provide appropriate support when needed. If a concern is raised about a student, the level of risk is assessed and follow-up action is provided.

A few years ago, the federal government sent out toolkits to the nation’s schools. This enables teachers and other frontline workers to identify students who might be at risk of radicalisation and intervene as early as possible. Follow-up training courses have been provided to teachers to educate them about radicalisation and risk factors in students.

Outside these specific program, there is little public information about how many students have been identified as at-risk or reported to police and government agencies. Most of the work is being conducted under government confidentiality.

There is also little data available to evaluate these initiatives. But I know first-hand of cases in which students have been falsely reported to police. One particular case significantly affected the student’s school grades, resulting in him missing out on a university placement, as well as creating issues around his identity and sense of belonging.

I will not speculate on what would have happened if there hadn’t been a supportive family and community network around him.

Read more: Want a safer world for your children? Teach them about diverse religions and worldviews

It is paramount that any program developed to protect young people from radicalisation does not contribute to the underlying issues that make young people vulnerable to it. Research shows school connectedness and belonging, and student-teacher relationships are critical aspects of a school environment that impact on the well-being of its students. It is crucial the development of CVE programs does not disrupt the relationships schools and teachers have with students and families.

CVE and national security have very little place in schools. If any new programs are to be introduced, they must be sensitive to these relationships and be very cautious not to damage individual, family or community connectedness with schools.