More than 70% of recreational fishers support no-take marine sanctuaries according to our research, published recently in Marine Policy.

This study contradicts the popular perception that fishers are against establishing no-take marine reserves to protect marine life. In fact, the vast majority of fishers we surveyed agreed that no-take sanctuaries improve marine environmental values, and do not impair their fishing.

No-take marine sanctuaries, which ban taking or disturbing any marine life, are widely recognised as vital for conservation. However, recent media coverage and policy decisions in Australia suggest recreational fishers are opposed to no-take sanctuary zones created within marine parks.

This perceived opposition has been reinforced by recreational fishing interest groups who aim to represent fishers’ opinions in policy decisions. However, it was unclear whether the opinions expressed by these groups matches those of fishers on-the-ground in established marine parks.

To answer this, we visited ten state-managed marine parks across Western Australia, South Australia, Queensland and New South Wales. We spoke to 778 fishers at boat ramps that were launching or retrieving their boats to investigate their attitudes towards no-take sanctuary zones.

We also found that support rapidly increases (and opposition rapidly decreases) after no-take marine sanctuaries are established, suggesting that once fishers have a chance to experience sanctuaries, they come to support them. 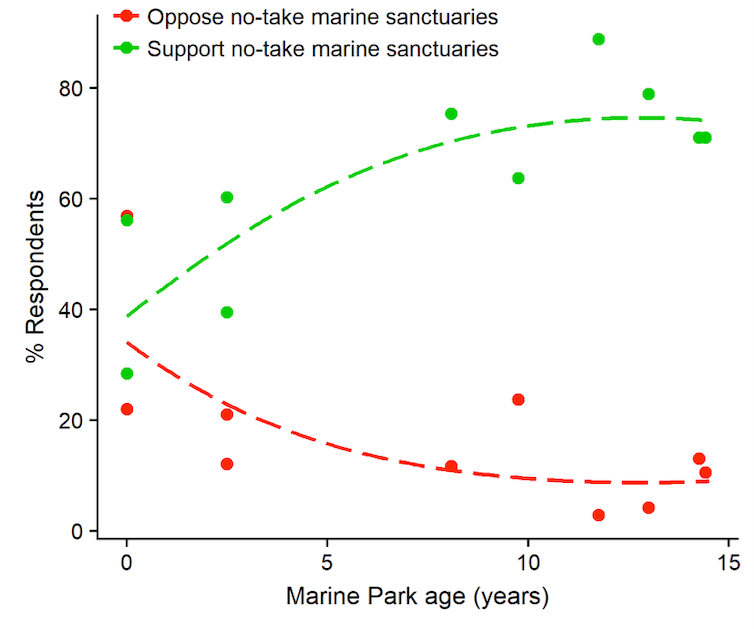 Fishers in established marine parks were also overwhelmingly positive towards marine sanctuaries. Most thought no-take marine sanctuaries benefited the marine environment (78%) and have no negative impacts on their fishing (73%).

We argue that recreational fishers, much like other Australians, support no-take marine sanctuaries because of the perceived environmental benefits they provide. This is perhaps not surprising, considering that appreciating nature is one of the primary reasons many people go fishing in the first place. 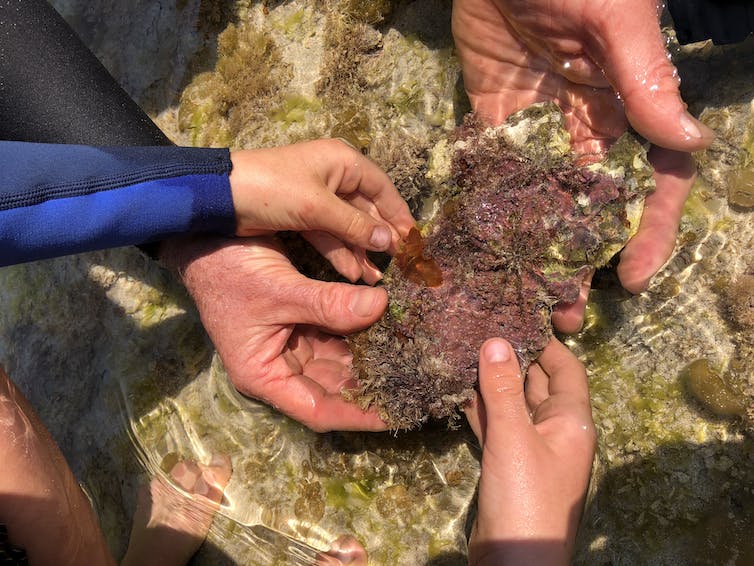 Our findings suggest that these policy decisions do not reflect the beliefs of the wider recreational fishing community, but instead represent the loud voices of a minority.

Read more: The backflip over Sydney's marine park is a defiance of science