While the much-derided “latte set” are stereotyped as the biggest worriers about climate change, it’s the chardonnay crowd who are acutely feeling its effects.

Australia’s wine industry is both world-renowned and economically significant, with around A$5.6 billion in sales in 2016–17, and winemaking and associated tourism responsible for more than 170,000 full and part-time jobs. Statistics also show that wine consumption is now accepted as being just as dinky-di as beer drinking for the average Australian.

Read more: A taste for terroir: the evolution of the Australian wine label

Climate in the vineyard hits the cellar and the store shelf

Most of Australia’s wine regions have experienced rising average daily temperatures. One effect is changes to ripening times, which has compressed the harvesting season and given wine-makers a crucial logistical headache. 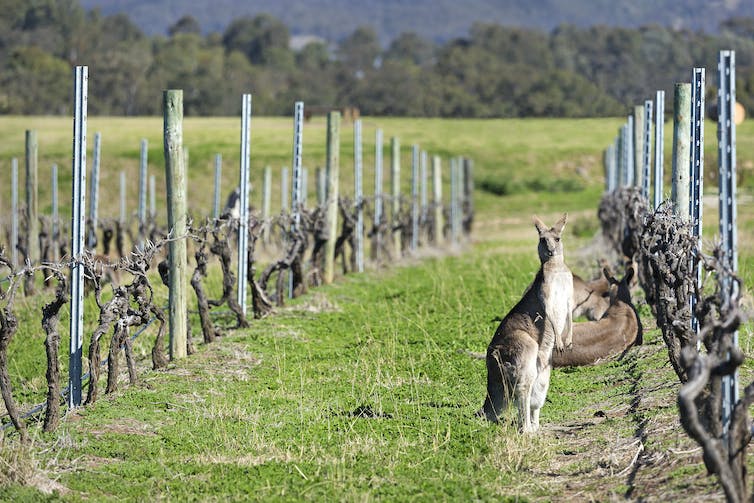 The old process of staggered harvesting times for red and white grape varieties was efficient, allowing the winery’s capacity to be used in sequence for different varieties. Now that different varieties are ripening at the same time, vineyards and wineries will have to make tough choices about which grapes to prioritise, and which ones to leave until later, resulting in inferior wine. Alternatively, they could take the expensive decision to increase production capacity by investing in more infrastructure such as fermenters and stainless steel tanks.

Read more: Message in a bottle: the wine industry gives farmers a taste of what to expect from climate change

Perhaps you’re thinking that you, the savvy wine drinker, are unaffected by the difficulties faced by winemakers in the vineyards and wineries far away. Unfortunately this isn’t so. Harvesting grapes when they are not at optimal ripeness to solve the logistical problems of processing can lead to lower-value wine.

The fact is that this new reality is costing everyone – grape-growers, winemakers and consumers alike.

And just in case you think that the simple answer is changing Australia’s cultured palates back to beer, think again. Hop production is being hit just as hard by climate change.

Help is at hand

Fortunately, these are problems we hope to tackle. CSIRO recently announced a five-year research partnership with Wine Australia, and one of the projects aims to adjust wine grape ripening to suit a changing climate.

We hope to do it by studying plant growth regulators (PGRs) – molecules that are used by the plant to control and coordinate development. We are using a class of PGRs called auxins, first studied in grass seedlings by Charles Darwin in the 1880s, that have important roles in vine growth, and the timing of grape growth and ripening. 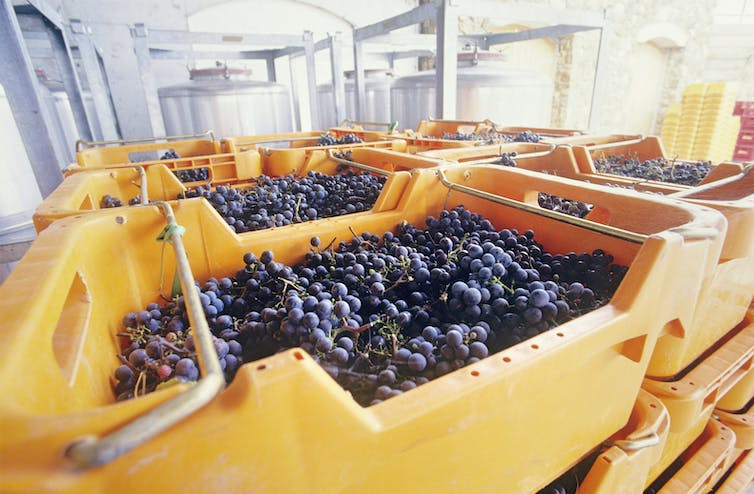 By spraying these compounds onto vines and grapes shortly before ripening, auxins can potentially be used to influence the timing of this process and therefore harvest date. They are already used in other horticultural crops, such as to control fruit drop in apples and pears.

Applying very small amounts of auxin can delay grape ripening, and therefore harvest timing, by up to four weeks (Davies et al., 2015, J Ag Food Chem 63: 2137-2144). This treatment works for red and white varieties in hot or cool climates, and is safe, cheap and easy to apply.

The flavour and aroma of wines made from ripening-delayed grapes is largely indistinguishable from wines made from untreated fruit harvested at the same sugar level, up to a month earlier. An exciting exception is that, in Shiraz, auxin-induced ripening delay can be used to increase the concentration of rotundone, the compound responsible for this variety’s popular peppery notes.

Read more: State of the Climate 2018: Bureau of Meteorology and CSIRO

Work is currently under way to fine-tune spray formulations and application times. The aim is to release a commercially available product within the next five years.

This kind of solution will be vital for the sustainable, economical production of high-quality wines from existing grape varieties in established wine growing regions. We hope it will ensure you can enjoy your favourite drop for many years to come.