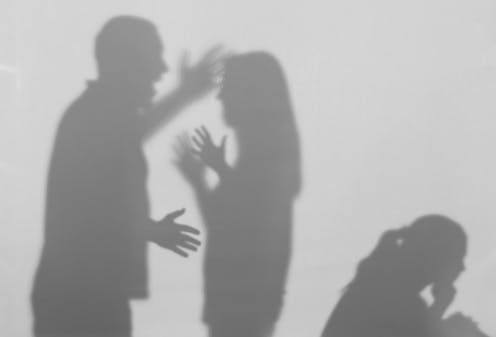 In 2011, Sally Challen was convicted of murdering her husband. She was sentenced to 22 years imprisonment, which was reduced to 18 on appeal.

On February 28, 2019 three judges of the England and Wales’ appeal court quashed Challen’s 2011 conviction. The decision was made on fresh evidence provided by a psychiatrist. It showed Challen was suffering from two mental disorders at the time of the killing. Challen will now face a retrial.

The court ruling has been heralded as a “victory” for Challen’s family and women’s rights advocates. It’s also been celebrated by proponents of the criminalisation of coercive control, a form of domestic violence based on a subtle but persistent form of emotional and psychological abuse.

Advocates say Challen’s case “has brought public attention to an under-recognised feature of domestic violence relationships”. But a closer look at the decision shows the case has less to do with Challen’s mental state than it does than the cumulative effects of coercive control.

Sally Challen killed her husband of 31 years in 2010. She struck him multiple times with a hammer while he ate breakfast in their home. She had previously tried to leave him, citing allegations of severe emotional abuse. Her husband allegedly bullied and belittled her, controlled their money and who she was friends with, and didn’t allow her to socialise without him.

At trial, Challen denied murder on the grounds of diminished responsibility due to her mental state at the time. This was unsuccessful. The prosecution argued Challen was “eaten up with jealousy” and had snapped after learning her husband was having an affair.

It seems this case has turned on questions around Challen’s mental state and the quality of evidence supporting her case of diminished responsibility. So why has coercive control featured so strongly in media coverage?

Coercive and controlling behaviour was introduced as a criminal offence in England and Wales in 2015, under Section 76 of the Serious Crime Act 2015.

Those working in the field have increasingly recognised coercive control as a feature of intimate partner relationships since the early 1980s. But the recognition of its impact has only recently made its way into criminal cases.

Coercive control may not be experienced as physical abuse – it is more likely to be psychological, emotional and financial. It leads to the victim experiencing constant fear and intimidation, as well as a sense of powerlessness that can lead to a level of dependency in which lethal violence may appear the only way out.

Challen’s defence team, and much of the press coverage in the lead up to the recent appeal, focused on this new legislation when appealing her conviction – as well as the fresh evidence of her mental condition. Using evidence from friends and family, along with contested psychiatric evidence, Challen’s defence appealed her conviction on the basis she was living in a coercive and controlling relationship and that the long-term effects of this led her to kill her husband.

Yet the extent to which the coercive control argument gained traction with the court is questionable. In this recent Court of Appeal decision, Lady Justice Hallett, said:

There might be those out there who think this is [sic] appeal is all about coercive control but it’s not… Primarily, it’s about diagnosis of disorders that were undiagnosed at the time of the trial.

The court of appeal ordered a retrial for murder and that no bail be accorded to the defendant. A leading women’s aid group in the UK described this as a “bittersweet victory”. In putting psychiatric disorders centre stage, this paves the way for the partial defence of diminished responsibility to be reconsidered in the retrial.

The Tasmanian Family Violence Act 2004 bears some comparison with the 2015 legislation in England and Wales. The Act introduced two new offences: one of economic abuse and one of emotional abuse and intimidation. Both of these fit within the rubric of coercive control and both are couched in terms of an ongoing course of conduct.

Yet to date, neither the Tasmanian or the UK law has resulted in many prosecutions. The UK’s Office of National Statistics shows 4,686 defendants were prosecuted for coercive and controlling behaviour in the year ending December 2017 out of around 2 million offences of domestic abuse. In Tasmania, in the decade following its introduction, there were only eight people convicted of emotional abuse or intimidation.

A detailed examination of the operation of the two new offences in Tasmania suggests the lack of prosecutions isn’t due to practitioners’ unwillingness to pursue cases under the new laws. They say it’s more likely due to flaws in the legislation, including lack of clarity in the law and overlap with other offences.

While coercive and controlling behaviours are recognised as abuse in the definition of family violence in the majority of Australian states and territories, Tasmania remains the only Australian jurisdiction to introduce a specific criminal offence to cover this form of family violence. Neither the Victorian Royal Commission into Family Violence nor the Queensland Not Now, Not Ever Report recommended an offence of coercive control.

From the legal perspective, the Challen case may result in the re-assertion of diminished responsibility as a useful partial defence for women who resort to lethal violence in circumstances of this kind. This will be a “win” for Sally Challen, but a “loss” for women as a whole, due to it painting women’s criminality as a consequence of them being “mad” or “bad”.

As such, we continue to urge caution to Australian jurisdictions considering adopting an offence similar to that of the UK. The Challen case should not be misinterpreted as evidence of the success of the new offence. The offence of coercive control, in and of itself, is not a conduit to justice for women who kill their prolonged domestic abusers.