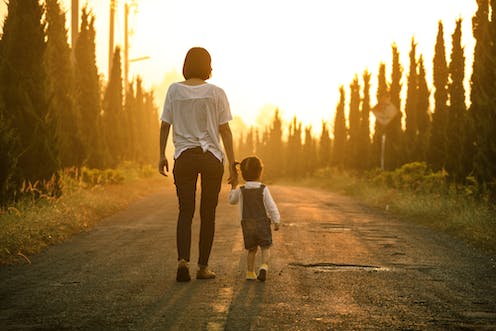 Gender-based violence (GBV) seems recently to have been almost constantly on the public radar. The global #MeToo movement prompted daily reporting on sexual violence (albeit with a focus often limited to glamorous Hollywood celebrities).

In Australia, high-profile cases such as that of Saxon Mullins sparked renewed debate on sexual consent and led to a New South Wales government inquiry.

The prominence afforded to GBV in recent public debate may give the impression that progress is being made – that it’s “on the agenda” and our institutional, social and cultural responses to this violence are improving. To a certain extent, this is true.

Read more: FactCheck: is domestic violence the leading preventable cause of death and illness for women aged 18 to 44?

A range of recent developments suggest our efforts to address GBV are increasingly robust and sophisticated. These include the Royal Commission into Family Violence in Victoria and the Andrews government commitment to implement all recommendations arising from this. In Queensland, there has been debate about whether the state’s archaic responses to sexual offences should be reviewed.

Australia has a longstanding (though not unproblematic) National Plan to Prevent Violence against Women and their Children. Several national organisations are dedicated to researching and preventing GBV. More recently, OurWatch has announced its Respect and Equality Program, a comprehensive, whole-of-institution approach to working with universities to prevent sexual violence on campus.

At the same time, the evidence on GBV paints a grim picture.

Despite these aforementioned efforts, men continue to murder women in Australia at a rate of at least one woman a week. Names such as Eurydice Dixon, Aiia Maasarwe and Masa Vukotic remind us of this fact all too well.

However, we must remember that in the vast majority of cases, men kill women they know. Most recently, the ex-partner of dentist Preethi Reddy has been identified as a key suspect in her murder.

However, prosecution and conviction rates for adult sexual offences remain low. And the criminal justice system is still considered a largely negative experience for victim-survivors.

The National Community Attitudes Survey shows that attitudes towards GBV continue to be poor in a large minority of the population. Hostile reactions to the recent Gillette campaign suggest that at least some men (#notallmen) remain resistant to interrogating and changing norms of masculinity that underpin this violence.

Despite some undoubtedly positive developments, much more work remains to be done. GBV is a complex, multifaceted issue and there is no magic bullet that will solve such an ingrained issue. It is a stubborn problem that requires a sophisticated, well-resourced and sustained response.

Here are some of the issues politicians should be addressing in the lead-up to the federal election.

Front-line services providing support to victim-survivors continue to be vastly underfunded and unable to keep up with demand. For example, the last federal budget allocated A$18.2 million towards such services. This is a paltry amount when compared to the A$48.7 million dedicated to contentious plans to “commemorate” Captain Cook.

The Morrison government has since pledged to dedicate $328 million to addressing domestic violence should the Coalition be re-elected. While this is considerably more than the additional $60 million in funding announced by Labor to support women leaving violent relationships, both figures pale in comparison to the $1.9 billion in funding from the Andrews government in Victoria.

Given that GBV is estimated to cost the Australian economy A$22 billion per year, this level of (under)funding speaks volumes about the priority placed on supporting survivors and working with perpetrators.

Lack of access to support is particularly acute for certain groups who may be excluded from mainstream services, or who require more specialist support. For example, LGBT, culturally diverse and Indigenous victim-survivors often face a lack of inclusive services.

The national plan may make these issues worse. It has been criticised for paying “lip service” at best to the experiences and needs of these groups, which highlights the need for a truly intersectional approach to GBV.

Several national inquiries are under way or on the cards that relate to GBV.

The #MeToo movement brought to light (again) the issue of sexual harassment and violence in the workplace. Promisingly, this led to the launch of a National Inquiry into Sexual Harassment in Australian Workplaces. There is already good evidence to suggest that workplace harassment is rife, under-reported and has ongoing consequences, particularly for women.

It is also vital that we bring to light the experiences of under-recognised groups who sit outside the young, white, middle-class and heteronormative focus of much research, policy and practice in this field.

The recently announced Royal Commission into Aged Care has the potential to contribute towards achieving this. Its terms of reference include “all forms of abuse” against the elderly. Sexual and gender-based violence against older people remains largely hidden and poorly understood, often obscured under the lens of “elder abuse”.

Read more: Fleeing family violence to another country and taking your child is not 'abduction', but that's how the law sees it

Calls for a royal commission into the disability sector are also well founded. People living with a disability face some of the highest rates of sexual and other violence. Despite the socially constructed vulnerability to sexual violence of people living with disabilities, there is a lack of attention to the specific support needs and prevention efforts required. Access to justice responses is limited.

Federal government support for a royal commission may go some way to addressing these issues. However, while such inquiries can be essential for bringing to light the nature and extent of GBV, on their own they are insufficient to generate change. We must also ensure recommendations are fully implemented and appropriately resourced.

Finally, we must ensure that efforts to prevent violence before it occurs continue to be supported, evaluated and resourced.

These efforts must be informed by a broad cultural and social approach if we are to eliminate GBV in all its forms. An expanded focus that includes other systems of oppression that underpin GBV, including heterosexism, racism, ableism and ageism, is required.

Evaluations of primary prevention campaigns and educational efforts show that these can and do lead to positive change.

To really bring about change, our approaches to prevention need to be holistic, multifaceted and consistently reinforced across different contexts.