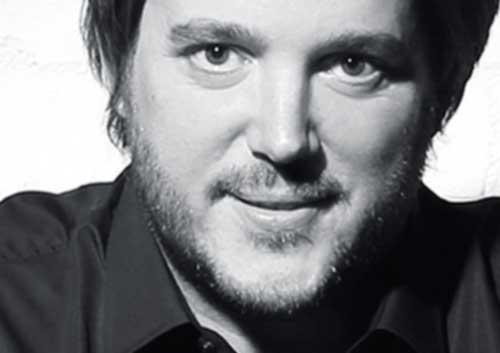 Australia’s leading futurist Chris Riddell says 2016 is the future and it’s here now!  “In 15 years time, we will look back on 2016, and realise that this was when it all happened. Technology is now everywhere, and everyone is using it. We have seen a combining of forces – Social Media is now mainstream, Internet now considered a utility just like electricity or water, and the last few years have seen innovation come closer than ever to the forefront such as Driverless Cars, Wearables and Virtual Reality.

Millenials are our ‘digital natives’, they’re born with devices in their hand. Baby Boomers are also now more digitally connected than ever, and they’re keen to experiment in a way we’ve never seen before in history.

The big thing for 2016 is it’s all about our ‘connected world’. Devices want to talk to each other, and share information.

Wearables want to talk to your insurance companies, you’re personal trainer and your doctor. We are now moving from a world of sickcare to wellcare. With all of these devices giving us realtime insights into our health, we are going to live longer than ever.

Virtual Reality is going to create exciting new waves within the world of experiences. VR devices until recently have been clunky and designed for the ‘geek’ culture. In 2016, VR will be more sophisticated and we’ll see the true benefits of this technology. The real estate industry and education sector is expected to be a big adopter of this technology to allow people to have experiences wherever they are and whatever they are doing.

Automation and Robotics are one of the biggest topic areas for 2016. Driverless car technology is now at a tipping point of becoming mainstream, and we can expect to see this hit the roads within 3 years in Australia.

What will the smartphone of the future look like?

One of the biggest changes we are going to see in mobile technology, is the transitioning from handsets into ‘passive’ devices. The last few years have seen mobile devices getting bigger, and we are now in the midst of a phablet era.

Tablet device sales are in decline globally, and there is intense competition between manufacturers over where the future lies for mobile devices.

The future will see mobiles migrate into more wearable style devices, and more cleverly integrated into our everyday lives. Microsoft Cortana and Apple’s Siri personal assistants are just a taste of what is to come.

The idea of physically interacting with a mobile device by touch on a physical, is something that will not be around much longer. Expect to talk to devices you are wearing, and for interactions to be projected around you as you go about your every day lives.

Social Media platforms are becoming more intelligent by the day, with technology such as facial recognition becoming mainstream. Social network platforms in the future will make more decisions and do things without us even having to lift a digital finger.

Connecting friends, telling people what we are doing, where we are travelling and showing them what we are seeing. It’s all in the future, and its all about sharing experiences – in the moment.