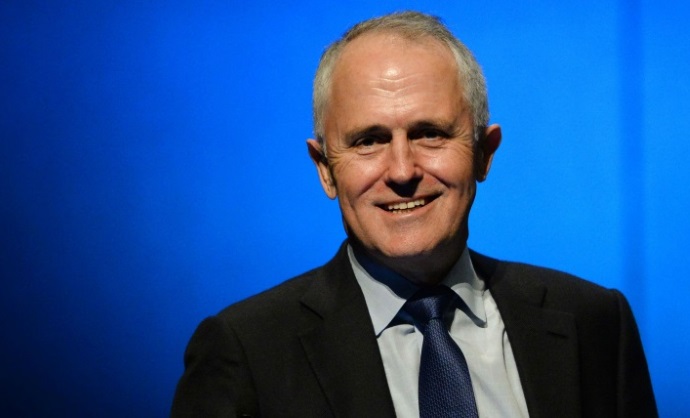 Hobart 29 October 2015. The Prime Minister and Member for Braddon Brett Whiteley conducted a media conference during a visit to Spreyton in Tasmania today.


BRETT WHITELEY: Welcome everybody.  It’s great to be here at Fonterra, a great company employing over 450 Tasmanians. Any day the Prime Minister is in Braddon is a great day, welcome Malcolm it’s great to have you here. This is a true story of optimism and excitement and hope for this region with the Free Trade Agreement. It’s just great to have the Prime Minister aware of what is happening in the region.


PRIME MINISTER: Well fantastic Brett. You know the China Australia Free Trade Agreement is going to be good for all of Australia but it is going to be especially good for Tasmania. As China rebalances its economy to one that is based more on consumption, Tasmania is so well positioned to sell to China all of quality the food, drink, and services that a wealthier Chinese population, wealthier Chinese consumers will demand. I think you said, Brett, that Tasmania will be China’s delicatessen and I think that’s a good way to describe it. Where I’ve been in Tasmania now, since yesterday and wherever I'm meeting exporters who are seeing volumes increasing, exports from Tasmania. This is a time where it is just superb, superb prospects for Tasmania. Of course, there are always challenges but you've got to look at the opportunities.


We are living in the most exciting time in human history. The world's economy is evolving at a pace that has never seen before. Forty years ago China was barely part of the world economy. It barely registered. Now it is the largest single national economy.  Of course it is not just a China story. The same comments can be made about India and the rest of Asia. The rapid growth, the global economy offers so many opportunities for Australia. The only limits on our ability to take advantage of those opportunities are, of course, our own enterprise and our own imagination. We are an enterprising and imaginative country. The bottom line, the sheer, blunt reality of the situation is this; if we are going to remain, as we must, a high wage and generous social welfare net first world economy, that can afford all the things that we can afford today, we have to seize those opportunities.


QUESTION: What sort of benefits is the FTA bring to our State’s dairy industry in particular?


PRIME MINISTER: The China Australia FTA will open up the Chinese market more than ever to Australian dairy exports. You’ve seen what it has done for New Zealand already, we know that this is not theoretical.  We know exactly what the Kiwis have been able to do. They got in ahead of us with a Free Trade Agreement. Though, I have to say the one Andrew Robb has negotiated is a better one than the Kiwis  secured, but nonetheless, we will keep the competition for the World Cup. We’re very happy for the Kiwis to do well, but our dairy industry is going to be a very big winner from the China Australia Free Trade Agreement.


QUESTION: Prime Minister, what action will you take in regards to Amnesty International’s  report’s allegations? The Greens want an enquiry, do you agree?


PRIME MINISTER: I’m not going to comment on these security issues. They are raising allegations of illegality.  I can ensure you that all of our agencies take great care to operate within the law.


QUESTION: Is that to say there won’t be an inquiry?


PRIME MINISTER: The Government, we are quite satisfied that our agencies are operating within the law and that’s to say they are operating legally. We have got a very important role to ensure that we stop people smuggling. People smuggling is a very, very serious crime. As you know the consequence of when the people smuggling trade fired up again after the Labor Government under Kevin Rudd changed the border protection policies that were in place under John Howard’s Government, in which I was a Cabinet Minister, they changed those policies, as Opposition Leader, I begged them not to. We said to Labor, “if you change these polices the people smuggling trade will fire up again.”  Labor didn’t believe us. Regrettably the proof is there. Lives lost and a shocking, a tragic outcome. We’re not going to let that happen again.


QUESTION: Bill Shorten says your idea of exporting and storing nuclear rods in South Australia is a thought bubble. What evidence do you have to say otherwise?


PRIME MINISTER: Well he should raise that with his Labor colleague Jay Weatherill, the Labor Premier of South Australia who has established a Royal Commission headed by a to former Governor of South Australia to examine that very prospect. With all due respect to Mr Shorten he should take Australian jobs and Australian industry and enterprise a bit better than that. Take it a bit more seriously than that.


The fact is that there are big opportunities for Australia right across the energy spectrum. We have access to pretty much every conceivable energy source in Australia. Here in Tasmania you’ve got a fantastic hydro asset, a fantastic wind asset. We've got a great solar asset. We've got battery technology which is making and is going to make renewables like wind and solar much more substantial contributors to our energy mix. Of course we have massive coal reserves, gas reserves, we've got uranium. This is an energy rich country and we should use those energy resources in a rational way.


There is no place for ideology here. Each of these relevant energy sources have certain characteristics. Some have higher CO2 emissions; some have more expensive capital costs like nuclear power. You know, some are fantastic for power like gas and hydro. They've all got different characteristics and so businesses, governments, all of us should make rational assessments of them, take the ideology out of it and look at it in a rational way the and make the choices that give you the most reliable power, the most reliable energy, at the most cost effective price. That’s what it’s all about.


Look I am leading a business-like Government. We are approaching these issues in a rational, pragmatic manner. We're not looking at it through the lens of ideology or, frankly, with all due respects to Bill, quick sound bites. There's a lot at stake here. If he wants to get into a debate about nuclear power and talk about it as being thought bubbles he should really take it up with his Labor Premier colleague Jay Weatherill.