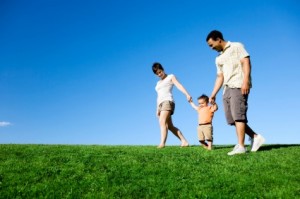 Heart Foundation funded research for the NACIAM (N-Acetylcysteine In Acute Myocardial infarction) study, led by Prof John Beltrame at the University of Adelaide and Central Adelaide Local Health Network, has been well-received at the European Society of Cardiology 2016 Congress in Rome.

Prof Beltrame, the principal investigator of the study, said that previous studies from The Queen Elizabeth Hospital over the past 20 years suggested that GTN and NAC may be beneficial in acute heart attacks.

This study, which involved collaborative efforts from several teaching hospitals in Adelaide, confirms the benefit on reducing heart attack size.

“These very exciting results have reinvigorated interest in these medications, which have been around for a long time but been neglected in more recent times” Prof Beltrame said.

“Thus the familiarity of these established drugs to hospital cardiac staff, their favourable costs and very good safety profile, make these medications attractive for the routine use in acute heart attacks.

“Future larger studies are required to determine if the demonstrated reduced heart attack size translates to improved clinical outcomes for patients, such as a reduced risk of death or heart failure.”

“Heart disease remains our number killer and along with cancer, the leading burden of disease in Australia,” Adj Prof Kelly said.

“Support through our generous donors and substantial commitment from the Australian Government, specifically through the Medical Research Future Fund, will ensure our leading researchers continue to achieve significant results in tackling this health burden.”

Presenting the findings at the ESC Congress, PHD Candidate at University of Adelaide Sivabaskari Pasupathy, said the results of the study were encouraging but preference was for NACIAM to be the precursor of a follow-up study sized for clinical end points.

In the study, 112 STEMI patients within 12 hours of symptom onset received GTN and were randomised to receive either high-dose NAC or placebo, both drugs delivered intravenously over 48 hours and started in the emergency department.

Prof Beltrame said a cardiac MRI performed within one week and again three months post-MI showed patients who received NAC had reductions in infarct size of 33% and 50% respectively, compared with placebo.

He added that myocardial salvage, measured at one week, doubled in patients who received NAC (60% v 27%) and there was evidence of accelerated tissue reperfusion and hypochlorous acid `scavenging’ in these patients.

“We found most benefit occurred in patients treated within three hours of symptom onset and over two years of follow-up. The combination of cardiac readmissions and deaths was less frequent in NAC-treated patients,” he said.

Prof Beltrame has been awarded many grants and fellowships including the Heart Foundation Grant-in-Aid and Post-Doctural Fellowship, and the Ahrens Group Award for outstanding achievements by a young Heart Foundation researcher in South Australia.