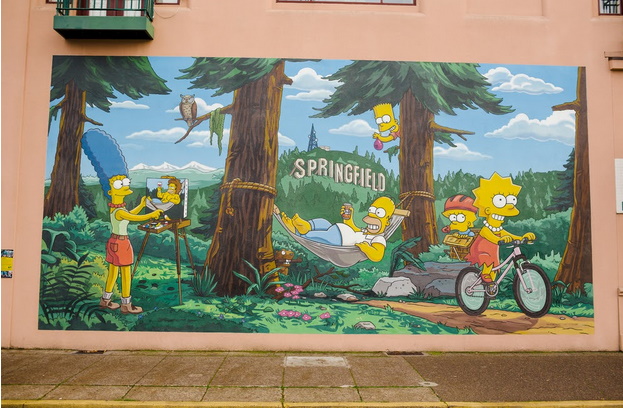 Show me a person who doesn’t love The Simpsons, and I’ll show you a liar. Each episode of this timeless series balances a collection of characters and their unique humour offering, whether it’s a crass Mrs Krabappel or the stupidity of Homer’s internal monologue. The Simpsons is a buffet that we are not worthy of enjoying, but have feasted on since 1989 with no other series even getting close to the success of this franchise. So, how has Matt Groening and the minds behind this cartoon got it right for over 30 years? Let’s step away from the Simpsons arcade machine for a moment and take a deep dive.

Cultural education for the masses

Regardless of what your parents told you, The Simpsons truly did educate the masses. Think about all those historical events, pieces of literature and iconic scenes that were first introduced to you through a joke or spoof made on The Simpsons. Take Stephen King’s The Shining, the premise of the book was fleshed out with an episode of The Simpsons where Homer breaks down due to no beer and is likely how most first learned about the book. The same can be said about The Raven by Allen Poe as retold by Lisa, the A Space Odyssey parody, and literally thousands of more examples. There are some teachers who use episodes to teach students complex literature.

It’s funny for the whole family

Being a millennial, I have had the pleasure of watching The Simpsons as a child and an adult. Like a fine wine, the jokes really do age well and can hit you on a new level with each viewing. Bart, Nelson and hopeless Millhouse resonated with my younger self, in the same way that Moe, Seymour and the celebrity cameos do for me now. It is also worth noting that in the show's long running, there are barely any jokes that are unsuitable for children. Clean humour is a harder feat to get consistent laughs, but The Simpson’s have never strayed from that formula and have remained on the family TV rotation as a result.

The Simpsons always have something poignant to say about the events unfolding in the USA and beyond. Episodes are either dedicated entirely to these events or they are surmised in a throwaway line from the perfect character to deliver that opinion. The show has done well to poke fun while not crossing the line, and the celebrity cameos have evolved over the years to include the ‘it people’ of the moment. Somehow these episodes do not date and can be understood and appreciated even if viewed ten years after the original airing.

In case you have been living under a rock, The Simpsons is not the only success attributed to Matt Groening. He is also responsible for Futurama and Disenchantment, as well as the comic strip, Life in Hell. Each of these series has created a world and a rich tapestry of characters and realities, but they don’t seem to cannibalise each other, and really dominate in their own domain. Comparatively, Seth Macfarlane’s American Dad and Family Guy cannot say the same, as there is a lot of overlap in content, character arc and episode structure. Matt Groening and his writers are the reason The Simpsons has thrived for over 30 years, and it is likely his other shows will have the same success and longevity.

Few brands are as enduring as The Simpson’s, and none of them is as funny. Next time you flick on the television and see an episode you have seen many times, ask yourself what draws you to this show time and time again, and marvel at the magic.