It’s well known smoking cigarettes during pregnancy can increase the risk of harm to the baby and is best avoided.

But in our research, published today in the Medical Journal of Australia, we show using cannabis during pregnancy is also associated with poorer outcomes for babies.

Read more: Pregnant in a pandemic? If you're stressed, there's help

While we don’t have data on how common cannabis use is during pregnancy, results from the 2016 Australian National Drug Strategy Household Survey showed 10-20% of women of reproductive age had used cannabis during the preceding 12 months.

Recent literature from overseas shows the number of women who become pregnant while using cannabis increased by as much as double from 2002 to 2017.

This is likely driven in large part by the legalisation of cannabis in many parts of the world. In turn, increasing social and medical acceptance of its use has led to an overall perception cannabis is a safe drug.

In places where cannabis is legal, cannabis dispensaries sometimes promote it for the treatment of nausea and vomiting in pregnancy. But there are no studies evaluating whether it’s effective in this context, let alone whether it’s safe.

A recent study found one in three pregnant women didn’t think cannabis could harm their baby.

But our research adds to a growing number of animal and human studies suggesting the opposite. 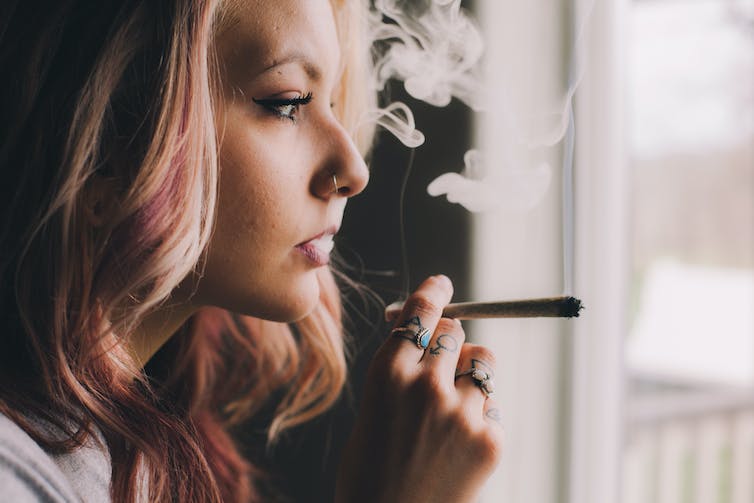 We analysed data from 5,610 women who were in their first pregnancy and at low risk for pregnancy complications.

At 14–16 weeks of pregnancy, we grouped women by self-reported cannabis use.

Compared to babies of mothers who didn’t use cannabis before or during pregnancy, infants of those who still used it at 15 weeks had a smaller birth weight, head circumference and length. They were also born at an earlier gestational age.

This is cause for concern as these outcomes are strongly linked to future child health and development.

Read more: Legal highs: arguments for and against legalising cannabis in Australia

We saw bigger differences in these neonatal outcomes for women who used cannabis more than once a week than for those who used it less often.

We’ve seen similar trends in recent studies from the United States and Canada.

Notably, we didn’t see differences in any neonatal outcomes among women who reported stopping cannabis in early pregnancy or just before becoming pregnant compared to babies of mothers who reported no cannabis use.

The link between using cannabis during pregnancy and poorer neonatal outcomes could be related to the toxic compounds, such as carbon monoxide, produced when cannabis is smoked. This is similar to what we see with cigarette smoking and leads to a lower amount of oxygen reaching the baby.

Or it could be a direct effect of the compounds found in cannabis which we know can cross the placenta and reach the baby.

These active compounds, THC (tetrahydrocannabinol) and CBD (cannabidiol), influence a range of bodily functions, including in the brain. This is why people typically use recreational cannabis in the first place.

So when these compounds can reach the developing baby this raises a number of concerns about what they might do to growth and brain development.

Read more: Remind me again, how does cannabis affect the brain?

Previous studies looking at the link between cannabis use and pregnancy outcomes have attracted criticism for not properly accounting for confounding factors. These are factors often associated with cannabis use which could also increase the risk of poor pregnancy outcomes, like cigarette smoking, alcohol consumption, use of other illicit substances, or mental health issues.

While we accounted for each of these factors in our study, our research still has limitations. Cannabis use was based on self-report, and the number of women who continued to use cannabis during pregnancy was relatively small. We were also not able to account for quantity and strength of cannabis used. 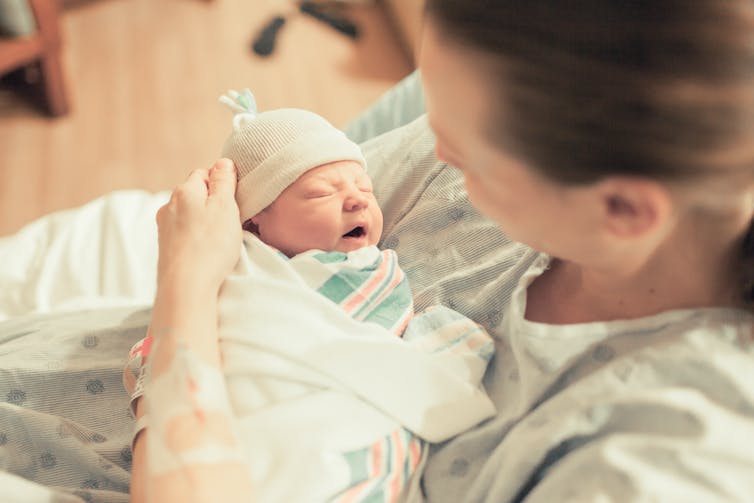 We found babies born to mothers who used cannabis during pregnancy weighed less at birth. Shutterstock

Nonetheless, our research adds to a growing body of evidence suggesting cannabis use during pregnancy could be harmful.

Although we didn’t look at these outcomes in our study, other research has shown cannabis use could increase the risk of preterm birth and stillbirth.

If you’re planning a pregnancy

Given the growing body of evidence suggesting potential harms, it’s safest to avoid using cannabis during pregnancy, and even when planning a pregnancy.

Medical and regulatory bodies within Australia and across the world echo this advice.

Our data suggest that cutting back or stopping cannabis use early in a pregnancy could prevent some of the harms. This could provide reassurance for women who use cannabis before they know they’re pregnant.

Women who use cannabis and are planning a pregnancy should discuss the issue with their health-care professional.