China has a new ban on “plagiarising, imitating, and copycatting” building designs for public facilities across the country.

In recent years, developers across China have used the allure of copies in projects such an Austrian village in Guangdong, a replica Paris in Hangzhou, a copy of London’s Tower Bridge in Suzhou and a (now dismantled) Sydney Opera House in Liaoning province. 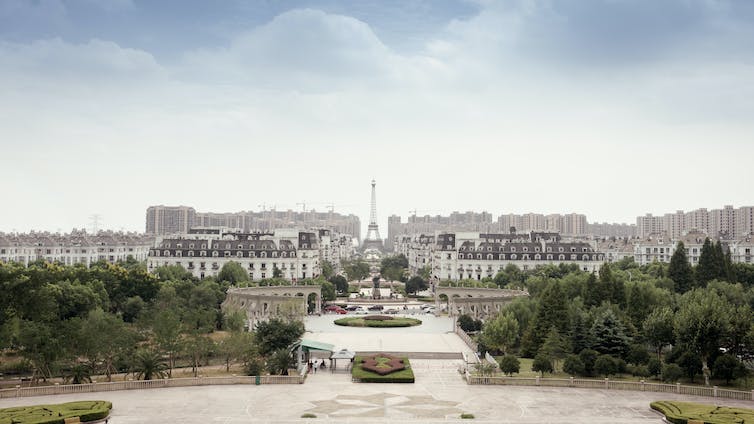 This new ban may seem like an encouragement of greater creativity or independence. But – if taken literally – it will force architects working in China to address a question central to their discipline: what is the status of the copy?

Around the world, architects copy openly and relentlessly, and rarely acknowledge their sources. The free circulation and application of architectural knowledge without credit is default.

Architecture may be the creative field with the least regulation of copying.

Architecture has held a similar legal status to other artistic fields since 1990, yet hasn’t seen challenges like those in music, where a number of well-known artists have been successfully sued for the inclusion of someone else’s guitar riff, bassline, or melody.

Intellectual property protections for architecture are underdeveloped and rarely enforced compared to the copyright laws that dictate use of cinema or literature.

Contemporary architectural education was built on copying. Beaux-Arts, a teaching model named after the school in Paris where it originated in the 1860s, conflates copying, studying and producing architecture.

In the 20th century, mechanical reproduction and the ability to mass-reproduce images increased the accuracy of copies and the speed of circulation. Spread from Europe to America, these copycat references would eventually be labelled International Style.

From the 1970s, postmodernism saw tens of thousands of office towers, car parks and housing schemes feature columns, balusters and other remixed components of multiple architectures past. 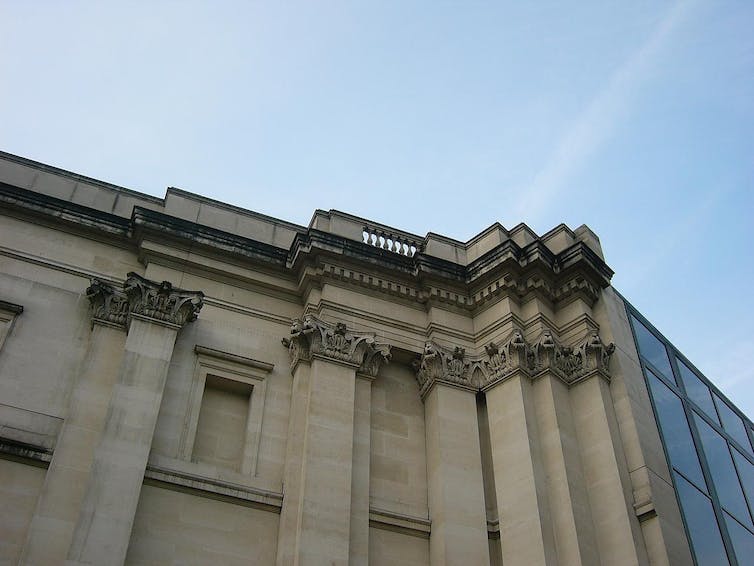 Today, the architecture books and journals that disseminated architectural knowledge have given way to an avalanche of online material. Designers can find plans, sketches, and technical documents accompanied by an incalculable number of renders and photographs.

The importance of the copy to architecture means even literal copies of buildings also form part of a significant architectural tradition. 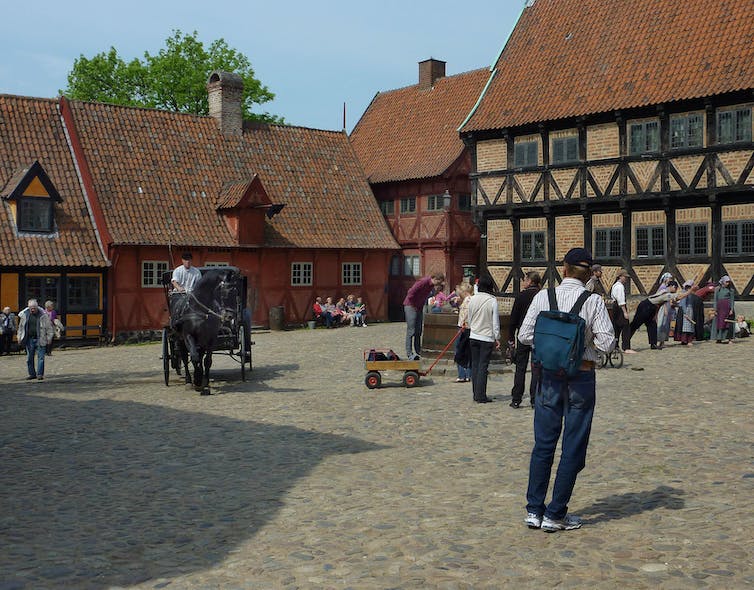 Den Gamle By recreates 75 traditional houses from across Denmark. RAYANDBEE/flickr, CC BY

Every 20 years in Japan, the Ise Shrine is completely rebuilt alongside a neighbouring copy, which is demolished in turn in accordance with Shinto rituals.

The arrival of the Austrian architect Harry Seidler in Australia in 1948 bought us a series of exceptional buildings, and we can now study the lessons of Marcel Breuer or Walter Gropius without leaving Sydney. 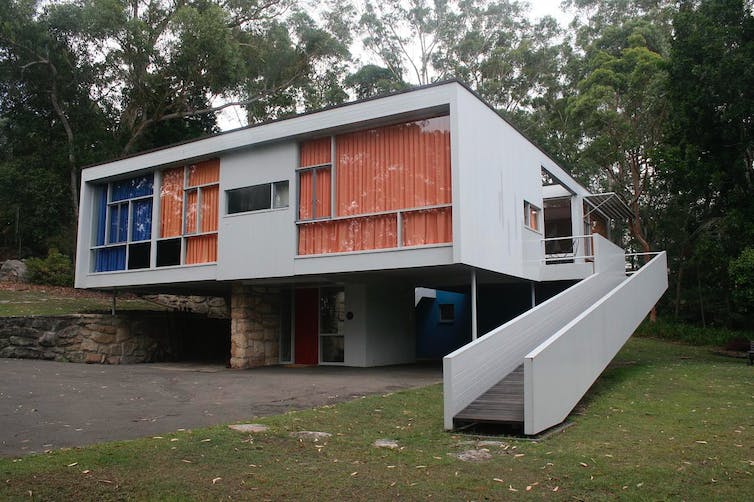 Given these traditions of copying the decision in China seems radical: an effort to curtail one of architecture’s defining characteristics.

But the new ruling must also be read in parallel with a 2016 directive banning “bizarre architecture” and criticising “oversized, xenocentric, weird” buildings.

The 2020 prohibition also recommends any new architecture should “display the Chinese characteristics”.

It turns out copies are only a problem when the original is not domestic.

Architecture has played a major role in the construction of national identity. French classicism began with Claude Perrault’s deceitful scheming to snatch the Louvre Colonnade commission from the Italian architect Gianlorenzo Bernini. Hitler was obsessed with rebuilding Berlin based on Albert Speer’s version of neoclassicism – a vision recently revived in Donald Trump’s call to “make federal buildings beautiful again”.

Read more: Why so many architects are angered by 'Making Federal Buildings Beautiful Again'

In singling out “alien” architectures, the Chinese Government acknowledges architecture as a critical form of national self-realisation.

Xenophobic and nationalistic impulses aside, it also shows architecture’s capacity for cultural production still matters – at least to select governments.