CC BY-ND Climate Explained is a collaboration between The Conversation, Stuff and the New Zealand Science Media Centre to answer your questions about climate change. If you have a question you’d like an expert to answer, please send it to climate.change@stuff.co.nz Almost every threat to modern humanity can be traced simply to our out-of-control population growth (think about arable land going to housing; continued growth in demand for petroleum fuels). Is anything being done to contain population growth on a national and international scale? The question of population is more complex that it may seem – in the context of climate change as well as other issues such as biodiversity loss and international development. As a starting point, let’s look at the statement “out-of-control population growth”. In fact, population growth is more “in control” than it has been for the past 50 years. Read more: Climate explained: how growth in population and consumption drives planetary change Population isn’t growing everywhere The global rate of population growth has been declining from just over 2% per year in 1970 to less than 1.1% in 2020 (and this estimate was made before COVID-19 erupted globally). To put this in perspective, if the 2% growth rate had continued, the world’s population would have doubled in 35 years. At a 1.1% growth rate, it would now be set to double in 63 years – but the growth rate is still declining, so the doubling time will be lengthened again. Population growth also varies significantly between countries. Among the 20 most populous countries in the world, three countries have growth rates of more than 2.5% – Ethiopia, Nigeria and the Democratic Republic of Congo – while Japan’s population is in decline (with a negative growth rate, -0.3%) and China, Russia, Germany and Thailand all have very low growth rates. These growth rates vary in part because the population structures are very different across countries. Japan has an aged population, with 28% over 65 years and just 12% under 15 years. Nigeria has only 3% of people in the over-65 bracket and 44% under 15. For comparison, 20% of New Zealanders are younger than 15 and 16% are older than 65. For Australia, the respective figures are 18% and 17%. Migration also makes a significant contribution in some countries, propping up the working-age population and shaping the demographic structure. History and levels of economic development play an important role too: higher-income countries almost consistently have smaller families and lower growth rates. Rise in consumption It’s certainly valid to link population growth (even a more limited “in control” population growth) with climate change and loss of land. Everything else being equal, more people means more space taken up, more resources consumed and more carbon emitted. But while population growth has slowed since the 1970s, resource consumption hasn’t. For example, there is no equivalent decline in fossil fuel use since the 1970s. 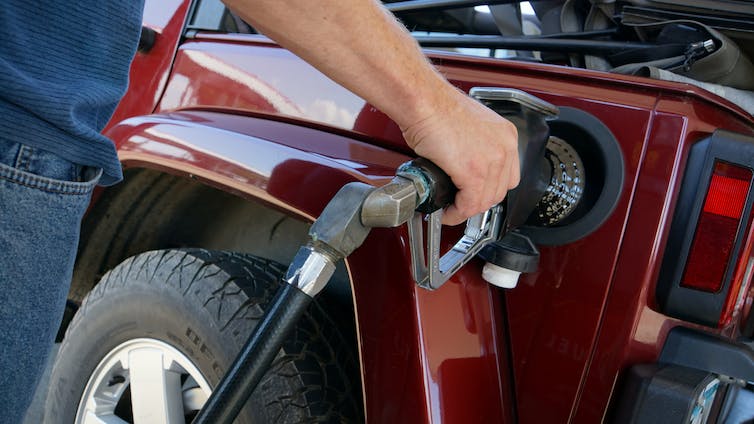 Fuel consumption varies throughout the world. Flickr/Minnesota Pollution Control Agency, CC BY-NC This is an area where not everyone is equal. If all people were to use the same amount of resources (fossil fuels, timber, minerals, arable land etc), then of course total resource use and carbon would rise. But resource use varies dramatically globally. If we look at oil consumption per person in 2019, the average American used almost twice as much as someone in Japan, the second oil-thirstiest populous nation, and almost 350 times as much as a person living in the Democratic Republic of Congo. It is an easy out for us in the industrialised world to say “out-of-control population growth” is killing the planet, when instead it is equally valid – but more confronting – to say our out-of-control consumption is killing the planet. Read more: Can your actions really save the planet? 'Planetary accounting' has the answer Population growth slows when women are educated To come to the final part of the question: is anything being done to contain population growth, on a national or international scale? Even if we set aside the argument above that population is not the only issue, or even the most significant one, in terms of threats to humanity, what factors might influence population growth in parts of the world where it is high? Things are being done, but they may not be what most people expect. It has long been shown that as incomes rise and health care improves, more children survive and people tend to have smaller families. This effect is not instantaneous. There is a lag where population growth rates might rise first before they begin to drop. This demographic transition is a relatively consistent pattern globally. But, at the country level, the single most significant influence on reducing fertility rates, family size and overall population growth is access to education for girls and women. 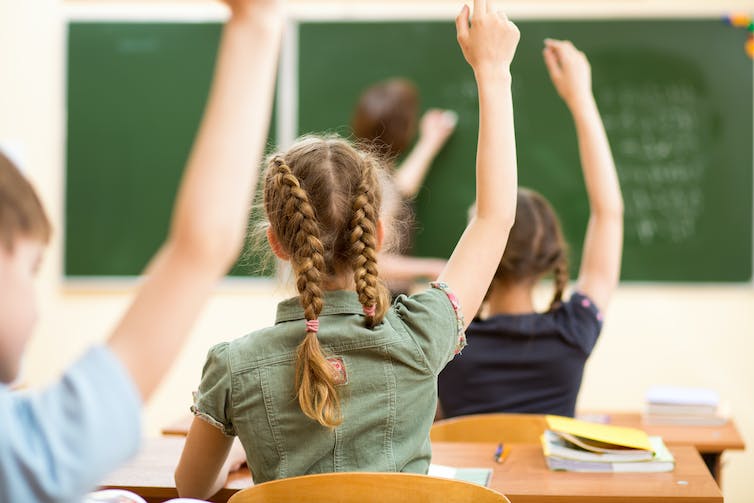 Fertility rates drop when girls get access to education. Oksana Kuzmina/Shutterstock One study in 2016, drawing on World Bank population data across a wide range of countries, found: … the main driver of overall fertility reduction is clearly the change in proportions of women at each education level. In relation to climate change action, this study specifically notes: It is education, or more specifically girls’ education, that is far more likely to result in lower carbon emissions than a shift to renewables, improved agricultural practices, urban public transport, or any other strategy now being contemplated. Recent research looked at how the global population might change if we implemented the aspirations of the 17 UN Sustainable Development Goals. It found the change would be significant and could even mean the global population stabilises by mid-century.