Last week, the NRL announced league play would resume in late May, following the introduction of strict biosecurity rules.

But even with new restrictions in place, the league should not resume until it can guarantee the safety of their players and employees.

The league also needs to ask serious questions about the social role of New South Wales’ biggest sport. Rugby’s return can signal a return to normalcy, but is the NRL sending the right message at the right time?

Read more: Stadiums are emptying out globally. So why have Australian sports been so slow to act?

Many clubs are anxious about the short timeframe for restating play. They need enough time to resume operations, rehire personnel, stake out lodging and restart training. They also need time to put in place the proper health precautions.

Although the league claims its rules will be more “stringent than government restrictions”, it is unclear whether the biosecurity measures will be approved at the state or federal level. The league released a 47-page memorandum to clubs on Sunday evening, including additional measures such as:

The premiers of Victoria and Queensland have already voiced concerns about the NRL’s plans. While Prime Minister Scott Morrison and the federal government have no official position on the move, delegating responsibility for oversight of the NRL’s plans to the states, critics say the resumption of play sets a bad example at a time when Australia is on the cusp of eliminating domestic coronavirus transmissions.

“if [the NRL] jump the gun and restart things too early we will confront the situation where we will see cases rise again and us having to go back into stronger restrictions. 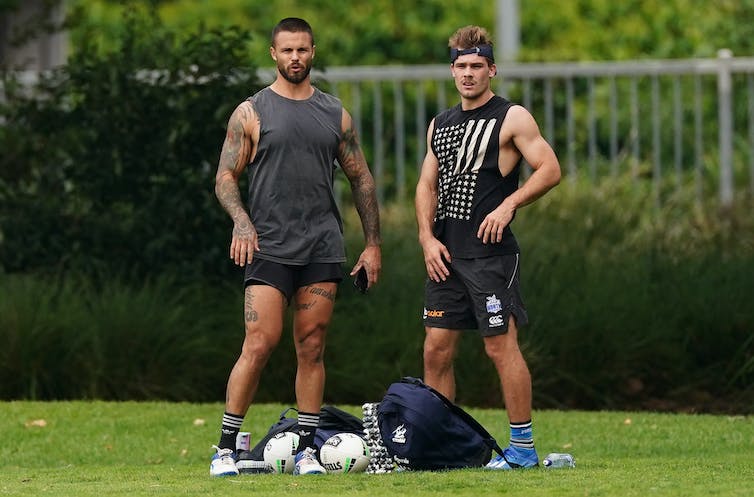 Do they have a choice?

The NRL’s weakened financial position has played an important role in its decision to resume play. By mid-April, the league only had about $70 million in cash and was losing $13 million per unplayed round.

The league asked the government for a bailout and was denied. Despite having its largest-ever television contracts, the league had not invested in any collateral, such as a stadium or even the land under its own headquarters, and over the past few years, had spent down its rainy-day fund.

Having also not invested in pandemic insurance, it was looking at a certain financial catastrophe.

Read more: A world without sports

The league’s financial woes worsened after a fortnight of sparring with its biggest television partner, Nine, which led pundits to wonder whether the NRL might still have a television home when its current contract ends in 2022.

Both Nine and Foxtel threatened to withhold quarterly payments to the league and until Friday, were cautious about a restart that might fail and leave them searching for content to replace matches.

At the end of the week, the NRL seemed to reach an agreement with Nine. Their rapprochement comes with additional confidence of a forthcoming three-year extension of their television deal, but likely worth less than the last agreement.

By contrast, the NRL’s chief rival, the AFL, had put itself in a position to weather the virus for longer – a fact many rugby fans likely found galling. The AFL also cancelled play and stood down up to 80% of its staff, but it received loans from ANZ and NAB, thanks to the AFL’s ownership of the Docklands Stadium.

The recent departure of NRL Chief Executive Todd Greenberg and the resignation of Rugby Australia Chief Executive Raelene Castle further illustrate how difficult a time it can be for rugby administrators. 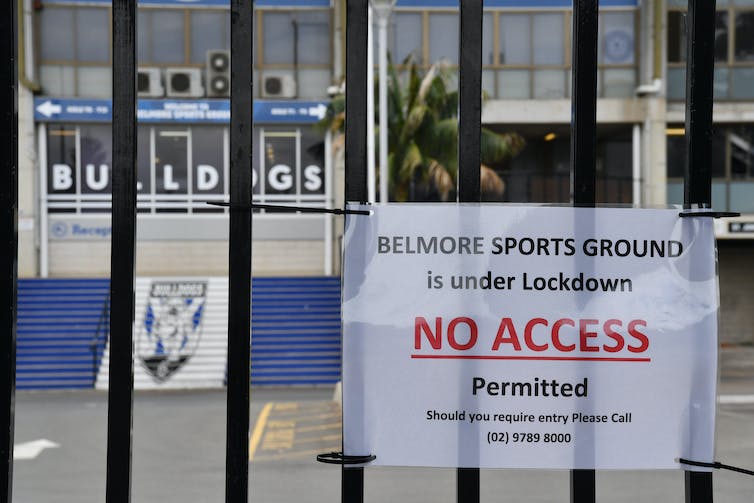 Can the NRL police itself?

Of course, there is danger with restarting too soon, as sporting clubs are particularly vulnerable to the spread of diseases.

Before the NBA season was shut down last month, a number of players tested positive for coronavirus, including four members of the Brooklyn Nets. Only one of the Nets was symptomatic, which raises the question: how long might the asymptomatic players continued to play had league officials not postponed the season?

Asymptomatic carriers could be the biggest problem for the NRL, too. A study in the British Medical Journal and a World Health Organisation report suggested that four-fifths of infected people may be asymptomatic.

As such, the NRL’s proposal to use apps to check temperatures and overall player health might miss those who are infected but not showing symptoms.

The NRL has also had significant issues with health technology in the past, such as when its "sideline injury surveillance” technology failed to properly assess head trauma to Matt Moylan after a shocking collision last year. Moylan played for another 10 minutes before being pulled off the field.

Read more: Is the National Rugby League legally liable for the long-term impacts of concussions?

There is also growing scepticism about the NRL’s ability to police itself.

Peter V’landys, the chairman of the Australian Rugby League Commission, promises there will be sanctions for those who violate the biosecurity measures.

We’ve got no option, there must be a deterrent because one reckless act will bring down an entire competition and the livelihoods that come with that.

But has the league developed enough trust? It resisted calls for independent doctors to assess concussions for years and, since agreeing to the checks, has only done them inconsistently. It is not certain that league-affiliated doctors would be any more responsible in their approach to coronavirus.

The league is also relying heavily on buy-in from players, many of whom are known more for their recklessness than responsibility. Just this week, several players were forced to apologise after breaching social-distancing rules on a camping trip.

Nor is it clear that fans will support these changes. How will supporters respond, for instance, if a star player is sanctioned for an unessential trip out of his home?

It has been a month without rugby and the NRL’s decision to resume play promises an end to every sports fan’s purgatory. Even so, the league should strongly reconsider. A longer delay, or even a cancelled season, is better than risking the lives of players, league employees and other Australians if the coronavirus were to spread further.